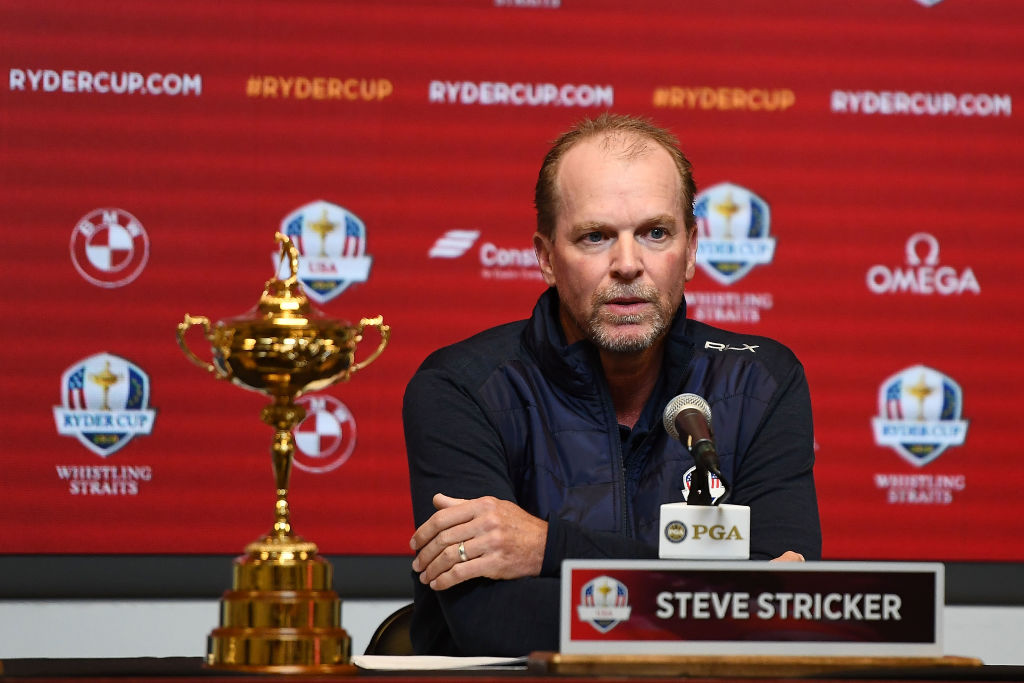 Steve Stricker has been named as the US Ryder Cup captain for the 2020 tournament, which is set to take place at Whistling Straits in Wisconsin.
Stricker was a vice-captain at the 2018 Ryder Cup, where he assisted Jim Furyk in his side’s 17 1/2-10 1/2 defeat to Europe at Le Golf National. As a player, the American won the tournament in 2008 but also featured in losses for the US in 2010 and 2012.

New US #RyderCup captain Steve Stricker confident defeat in 2018 ‘will fuel our preparations for what will take place at Whistling Straits’. https://t.co/2453yHU2dC pic.twitter.com/nd34GCjbRM

It will not be the first time that Stricker has captained the US team, as he did so in 2017 in the Presidents Cup, where his side were victorious 19-11 against the international team. Stricker opted for the experience of Phil Mickelson and Charley Hoffman as his two captain’s picks for the event.
The 51-year-old was born in Wisconsin and has lived there all of his life. As a result, Whistling Straits is a golf course he knows very well. He reached as high as number two in the world in his playing days on the PGA Tour, with his best appearance in a Major Championship coming in the 1998, when he finished runner-up behind Vijay Singh in the USA PGA Championship that year.
The USA have been installed as the early 8/11 favourites to win the 2020 Ryder Cup in the golf betting for the tournament. The hosts have only won one of the last five competitions against Europe, with that sole success coming in 2016 at Hazeltine National Gold Cup in Minnesota.
Harrington to Lead Europe in Title Defence
Earlier this year, it was announced that Padraig Harrington would captain the defending champions Europe when they travel across to the States in 2020. Like Stricker, Harrington was vice-captain in 2018, where he helped Thomas Bjorn guide the home team to the trophy.
Harrington has a wealth of experience in the Ryder Cup as he featured on six occasions as a player, being a part of four triumphs. He made his debut in 1999, where he won his singles match on the final day, beating Mark O’Meara by one shot.

The last two Carnoustie Open winners have trailed going into the final round.

The three-time Major winner will become the third Irishman to lead the European team after Paul McGinley in 2014 and Darren Clarke in 2016. Harrington was the vice-captain in both of those competitions, and will therefore know all about the preparation required off the golf course.
Europe are looking for their first success on American soil since the ‘Miracle at Medinah’ in 2012. The visitors went into the final day of that competition needing eight points from the 12 singles matches to tie and eight and a half points to win outright. They were able to get the latter in an extraordinary day in Illinois in what is considered the greatest comeback in Ryder Cup history.
As a player, Harrington reached as high as number one in the European rankings. The Irishman claimed 30 titles across the world, with the pick of those being his 2006 and 2007 Open Championship crowns.
The 2020 Ryder Cup takes place from September 25-27, with qualification set to begin later this year.