Posted on 27th April 2016 by Adam Ellis in Featured, Features, In the Golf Paper | 0 Comments 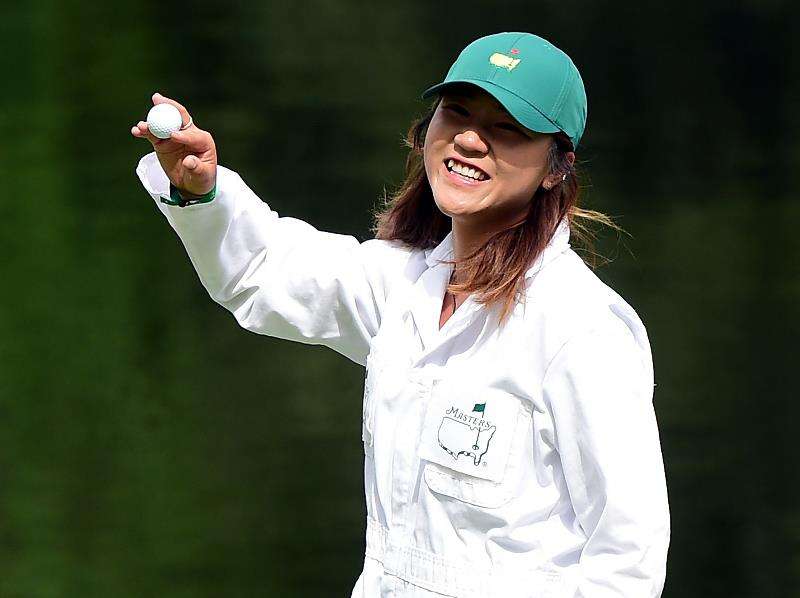 One of the more interesting and interested spectators at Augusta National this month was the world’s best woman player, Lydia Ko. The 18-year old New Zealander was in town to pick up her Player of the Year award for 2015 from the Golf Writers Association of America and stayed on for a day to take in some of the Masters.

The youngest player – male or ­female – to attain the No1 world ranking, Ko has won 12 times on the LPGA Tour, as well as notching five wins in Europe. The past two Majors have also fallen to the ­personable teenager. Two days before arriving in Augusta, Ko added the ANA Inspiration title to the Evian Masters that she claimed last September. Clearly, she is something special. Two years ago Time magazine named her one of the world’s 100 most influential people.

“Lydia is one of those rare golfers that is the full package,” says David Leadbetter, her swing coach. “As much as I don’t want to say she is a ‘plodder’, that is what she is in the best possible sense of the word. She is just so ­repetitive. It’s almost monotonous the way she goes about playing the game and courses. She is a wonderful ­strategist, plotting her way from A to B to C. It’s really interesting watching her.

“I get asked a lot about the strengths of her game. She has many. But the biggest is that she has no weaknesses. She’s a great driver of the ball. She’s an immaculate iron player. Her wedge play is superb, her chipping and pitching beautiful to behold. And she has a great putting touch. Add in the perfect ­temperament for golf – she has no fear about hitting shots at crucial times – and you have the ideal formula for a great player. She is indeed the full package.

“I have to say that she is as close as I have ever seen to being the complete player. There are no areas of the game where she needs to improve hugely. There are clearly small things we work on here and there. We keep on top of things with little tweaks. She is just an amazing athlete, to the point where I’m not sure she knows what a special gift she has. Which is no bad thing. She is a modest soul on top of everything else.”

Indeed, even more commendably, Ko is a genuinely pleasant individual.

“She is such a delightful person,” continues Leadbetter, who famously coached  Nick Faldo and Nick Price to multiple Major championship victories. “What you see is what you get with Lydia. She is very compassionate. She cares about other people. There isn’t one ounce of arrogance in her. It’s amazing for someone who is No1. Yes, she is ­confident. But she is also open about saying how she hopes her fellow ­competitors play well. All the time, I see her indulging in a little bit of ‘body ­English’ when someone else’s putt looks like it might go in. She doesn’t want ­anyone to play badly; she just wants to play well herself. She knows that all she can control is her own game. And if that’s not good enough on the day, fine.

“Lydia is also a great role model for kids. She is great around youngsters and people in general. And she is popular with her peers. I can’t think of anyone on Tour who doesn’t like her. She is great for the women’s game. And she is more and more a household name. She is ­articulate, intelligent and funny. She is very mature for her age. As I said, she is the complete package – on and off the course.”

The pair have worked together for more than two years and things are clearly headed in the right direction. But Ko’s decision to leave her childhood coach, the Auckland-based teaching pro Guy Wilson, had been controversial. Why, many asked, was she messing with a formula that was so ­successful?

“There was some pressure on me when we started to work together,” ­acknowledges Leadbetter with a smile. “She was very young – she still is of course. But if there is a time to make changes, 16 is that time. But it was still controversial. People were ­asking why we would change anything in a swing that had already been so ­successful. 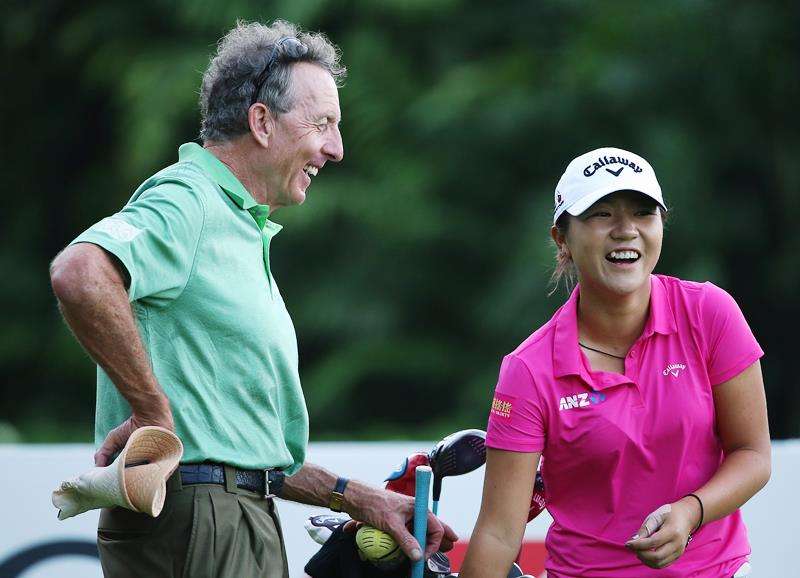 “When Lydia came to me first she was hitting nearly every shot left to right. She couldn’t move the ball right to left. So that was limiting her game. And she wasn’t as long off the tee as she could be. Now she is maybe 20 yards longer than she was back then. And she can hit a draw, without losing the ability to hit that safe fade. Her swing is also more ­efficient. There is less wasted motion. And we haven’t touched that beautiful rhythm she has.

“Lydia now has a golf swing she can use for a long time. I smile when I look back at all the ­questioning. On ­television, (golf broadcaster) Judy Rankin was asking why we would change anything, which was fair enough. But now Judy is saying that Lydia has one of the best swings she has ever seen and a perfect model to copy. I take that as a huge compliment.

“Lydia is actually the perfect model for what I call the ‘A swing’. The club gets a ­little steeper going back, then falls on to the correct plane on the way down. If most people could do just that we would wipe out a world of slicers. The ‘banana ball’ would be gone completely.”

Today, amid LPGA fields which  have been deeper in terms of quality, Ko is the woman to beat every time she tees up. And, ominously for her competition, she is learning to win even when she has something short of her A game to call on.

“Lydia actually won the ANA ­Inspiration without her best stuff,” points out Leadbetter. “She missed some greens. And she didn’t putt as well as she can. But she played with what she had on the day and made the best of it, which is what the truly great ones do. When she won the Evian Masters last year – her first Major victory – she blew the field away. But this time she had to battle and scrape her way round. She made some great saving par putts in the final round.

“I thought that was great though. She already knew she could win when she was hitting it great and outscoring everybody with shots to spare. But the big test is winning when things are not going your way 100 per cent. And that’s what happened. She was actually a little bit shocked that she won. She didn’t ­realise that just by hanging about near the lead she put a lot of pressure on those around her. That’s what Jack ­Nicklaus used to do. And Nick Faldo won four of his six Majors that way, almost backing into them as others faltered.”

To make that formula successful, of course, a player needs a strong short game. And even there Leadbetter has made some improvements to what was hardly a weakness in the Ko armoury. Her play from sand in particular is much better than it was when the pair first got together in December 2013.

“All we did with her short game was show her some different shots,” shrugs Leadbetter. “It wasn’t as if we revamped her whole technique. Her bunker game needed work though. We spent a lot of time getting her to rotate the clubface open more. But otherwise she has always had great touch around the greens. But now she has more shots in her ­repertoire.”

Leadbetter can see nothing but continued success for the “Young New Zealander of 2016”, who played her first LPGA event aged 14 and who went on to make the cut in her first 53 starts.

“I know she has said she will retire at 30,” he says. “But we will wait and see on that. We’re talking 12 years away. The ladies game has five Majors every year. If she keeps going at the pace she is on right now, I can see her winning two every season. There is no reason why she can’t do that. She looks like she is going to win every time. She is certainly the one to beat. And if she isn’t at least in contention, she must be ill.

“Having said all that, the level of competition on the LPGA Tour now is fierce. There are some really good ­players out there. It’s not like it was when Annika (Sorenstam) was dominant and there were only a handful. Now it’s like the men’s tour – 30-40 players can win in any given week. So nothing will ever come easy.”