Golf science has foregone the guile of Seve and Trevino

Posted on 10th August 2016 by Adam Ellis in Featured, Features, In the Golf Paper | 0 Comments 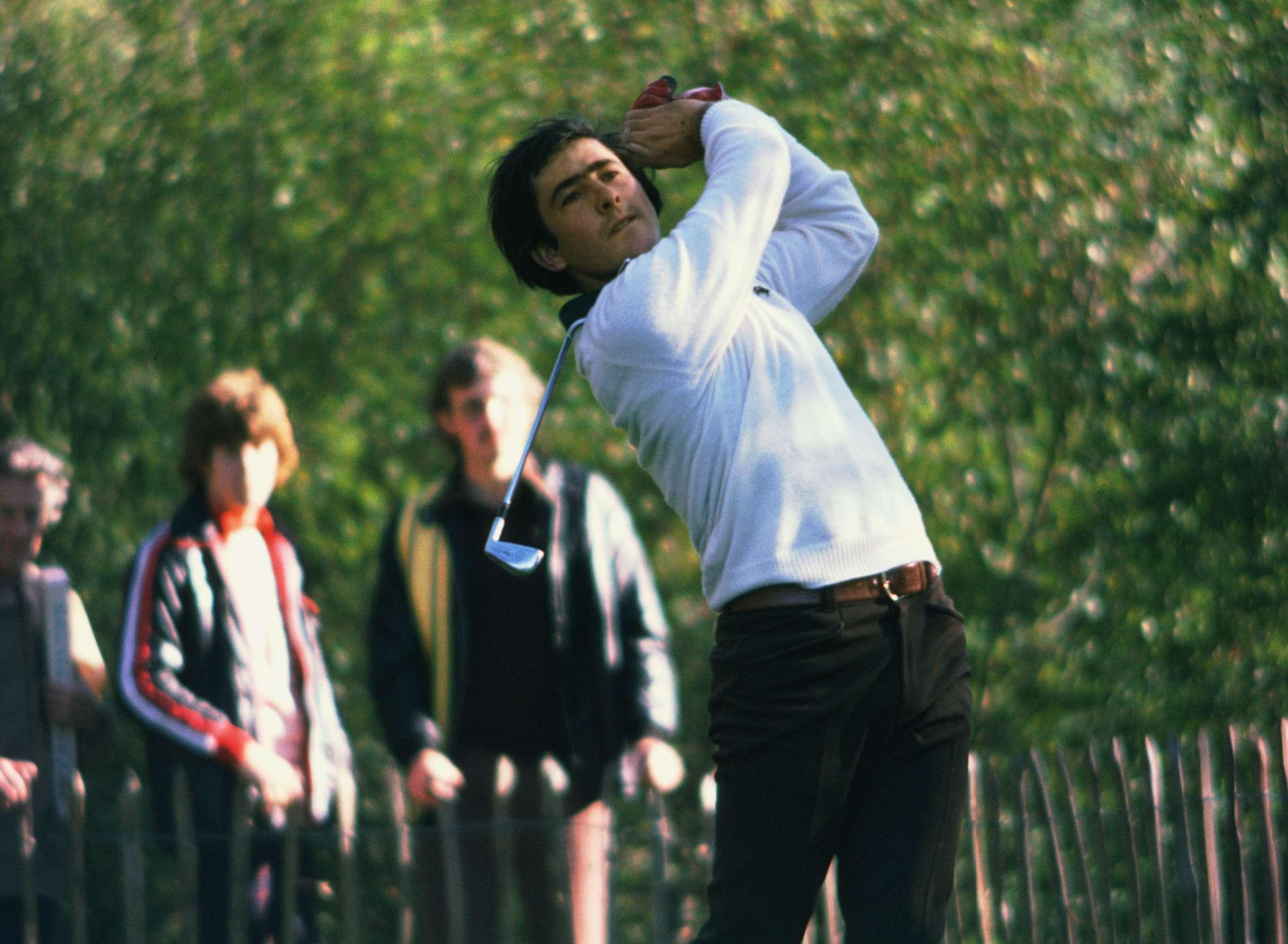 It is one of the great sadnesses of modern professional golf at the very highest level. With the introduction of a seemingly endless stream of “advances” in technology – most notably the golf ball and the huge metal-headed drivers – has come an increasing lack of variety in the way that the leading practitioners actually play the game.

Bubba Watson is a notable exception, but very few top players these days shape their shots from left to right or right to left to any great degree. In other words, as golf has become more of a science and less of the art form that it was intended to be, hardly anyone in the 21st century plays like, say, Lee Trevino or Seve Ballesteros. Because the modern ball doesn’t bend nearly enough.

An example. Back in 1980, Ballesteros stood on the tee at Wentworth’s par-three 10th hole. The pin was cut on the right side of the green, behind trees. Before the great Spaniard arrived, every player either hit left and putted across or they hit over the trees. Seve did neither. He took out a three-iron and sliced it 30 yards round the trees to six feet. A staggering shot. But also one no one other than maybe Bubba Watson can hit now. The lack of spin in the modern ball won’t let them. So all of that creativity has been lost.

Not so long ago, Australian professional Terry Price was talking to an equipment representative on a range somewhere. The rep was telling Price about this great new 3-wood that had eliminated the hook. It was the greatest thing, at least in his mind. But Price looked at him and asked, ‘what happens if I want to hit a hook?’ There was no response.

With that depressing trend has come the so-called “bomb and gouge” style of play. Even on courses where the fairways are narrow, most of today’s star names simply stand on the tee and whale away with their drivers. The potential reward of a long, straight drive outweighs any risk, as finding the rough is no big deal when the ball is only a short iron distance from the green.

Sadly, the Lower course at Baltusrol epitomised all of the above during the 98th USPGA Championship. This was modern golf at its one-dimensional best (worst), the advantage gained by the longer hitters way out of proportion, a fact not missed – even before the championship began – by ­Australian Marcus Fraser.

Fraser, the current Malaysian Open champion, is a three-times winner on the European Tour and a member of the Australian team at next month’s Olympics (albeit, as he admits, he is going to Rio only because four of his higher-ranked ­compatriots pulled out). So he can play a bit. He can also putt. The 38-year old Melburnian is one of the best putters on any tour, but not one of the longer hitters – facts that make him truly competitive only on courses where distance is not king. And at 7,428-yards long, Baltusrol was “made” for the blasters. 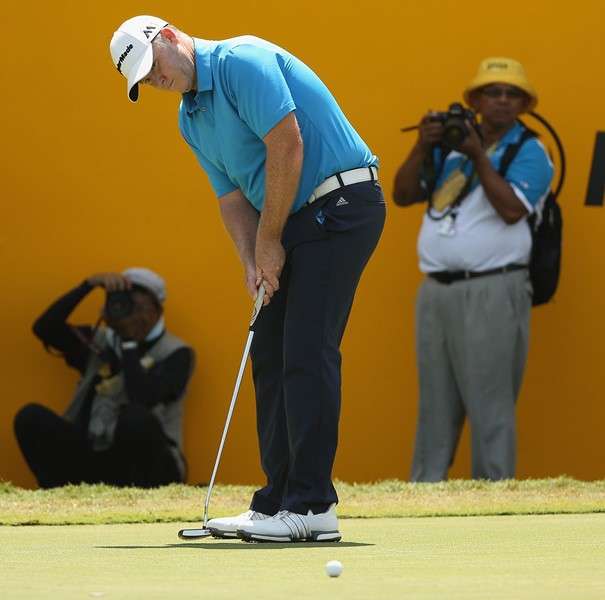 Handicap: Marcus Fraser struggles on long courses but revels on the greens (photo by Getty)

“This is a course that suits anyone who hits it a long way off the tee and doesn’t suit anyone who doesn’t do that,” said Fraser on the eve of the Championship. “This might get me into trouble, but Baltusrol is far from my favourite course among all the majors I’ve played (this will be his 12th). It’s just another one-dimensional track. The ball is going to be played in the air all week. It’s pretty much ‘walk onto the tee, tee the ball as high as you can and swing away’.”

Fraser’s point was well made and only exacerbated by the series of torrential downpours that dotted tournament week.

“It’s a shame as the course was OK when it started to dry out,” continued the former Russian Open champion. “It played better then. But when it gets really soft there is only one way to play. If you asked an Australian who hasn’t been to the States to describe a typical American golf course this is pretty much what they would come up with.

“It doesn’t feel like a Major ­Championship course. Not the way it is playing or set up. It just feels like it is ­presented to fit only one type of player. And that player is not me. So many of the par-fours are around 500 yards long. I’m hitting so many long irons in, maybe a couple of rescues. Only on the 8th – where I hit 3-wood off the tee then wedge in – gives me a break from that. Plus, all the par-threes are over 200 yards. I warm up with a couple of wedges then go straight to my four-iron.

“That’s how it is and the way most courses are on Tour these days. But that doesn’t make it right. Of the four Majors this has to be the one that is least distinct from a regular event. It’s a good course, but it would be so much better if it was firmer. There are a few holes where you could run the ball in if the turf wasn’t so soft. It isn’t overly tight off the tee. But there is so much rough. It’s especially one-dimensional around the greens. There is only one chip-shot to learn. There’s just no variety.”

Despite his obvious misgivings, Fraser shot 71, 68 the first two days to make the halfway cut with three shots to spare. He then added 72 and 73 to finish T-73. But here’s the thing. That is just about the best this talented player could hope for. While no one is arguing that the ability to hit long drives should not bring an advantage, that advantage is now disproportionate. It was no coincidence that all of those at or near the top of the Baltusrol leaderboard were either long or very long off the tee. It’s the modern way.

*This article was originally published in TGP on 3 August.