Huggan: ‘It’s time we took up the Johnstone Plan to save game of golf’ 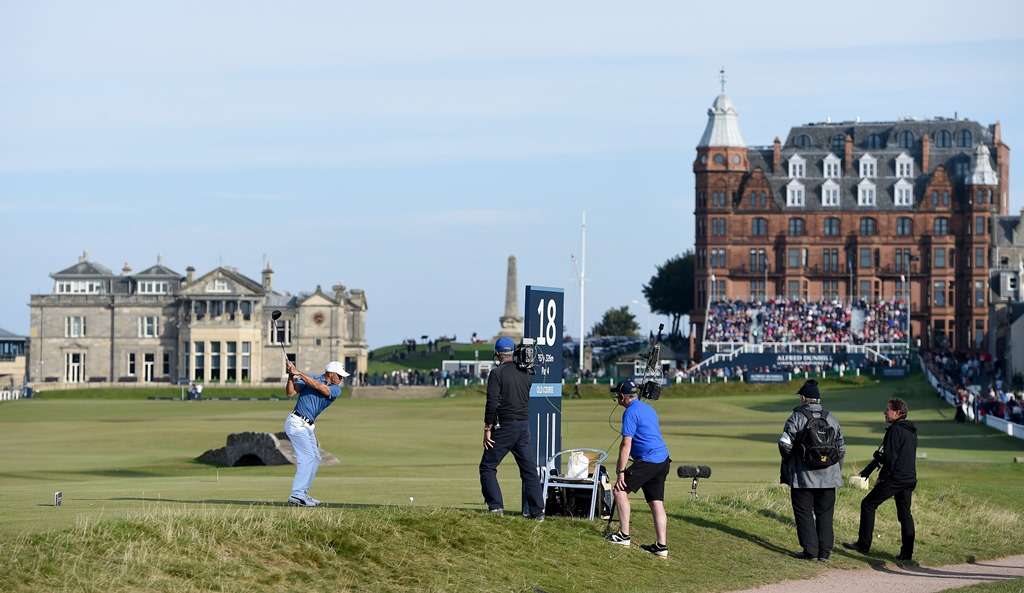 It is one of the bigger mysteries in the strange world of televised golf: why doesn’t Tony Johnstone get more exposure? Amid a sea of blandness and reading from media guides, the 60-year-old ­Zimbabwean stands out with his engaging brand of no-nonsense chat. While he would be the first to admit that he doesn’t tell it quite like it is – no one dare do that on the box for reasons that have never been clear – Johnstone gets closer than anyone. When it comes to golf, he’s a man worth listening to.

He has a few ideas too, things that could be done to make the greatest game even greater. Here then is the “Johnstone Plan”, the seven things that must change if golf is to grow in the 21st century.

1) The first thing that must change is the golf ball. It is way too “hot” over a certain swing speed, even if the ­manufacturers say that it isn’t. From about 115mph, the ball takes off. I had a couple of great head-to-head tussles with Ernie Els in the early 1990s. He was probably 30-40 yards longer than me. Since then, I’ve put on 20 yards and he is now 60 yards longer than I am. That is a direct result of the ball.

Increases in distance should be ­linear. But they are not. The big-hitters have gained disproportionately.

I’m not suggesting we should go to a situation where we have different rules for amateurs and professionals. Golf is not like Formula One where a) I couldn’t drive a car like that and b) I wouldn’t be allowed to. I think it is great that the amateurs can buy the equipment that we use. The only ­difference is that we play the game a bit better.

Today, I couldn’t even think about playing on the European Tour. Guys would be hitting drives 90-100 yards past me. It’s a farce. I know that they don’t swing that much better than I do. I know they are not that much stronger than I am. Yet I can’t compete. The Tour is, generally, a ­slugger’s delight. If you don’t hit it 290 yards through the air, you are wasting your time.

2) This isn’t a change; it’s a ‘non-change’. I propose that all the great old courses be declared monuments that no one is allowed to touch. The Old Course at St Andrews is the Sistine Chapel of golf. Messing with it is like getting a panel beater to respray the Mona Lisa. It just shouldn’t be done. As soon as it became clear that we were going to have to mess around with the Old Course, then that is the point when the ball should have been stopped in its tracks.

Leave the courses alone. If they want to do anything, bring the ball back and put in some new bunkers further out. A lot of them are defunct for the tournament player. I had a long chat with my good pal, former Open champion Nick Price, about this. New bunkers that resurrect the original strategy of the old courses are the ­solution that we came up with. That and make the bunkers progressively deeper the nearer you get to the green.

You don’t have to make the ­fairways ten yards wide though. That’s stupid. But I do think there is a limit on how wide they should be. For me, ­accuracy has to remain an integral part of the game. Sixty-yard-wide ­fairways work only if there is a defined strategy off the tee. You need to ask the player to identify the best route to the hole. But wide fairways and big, soft greens lead to “brain-dead” golf. 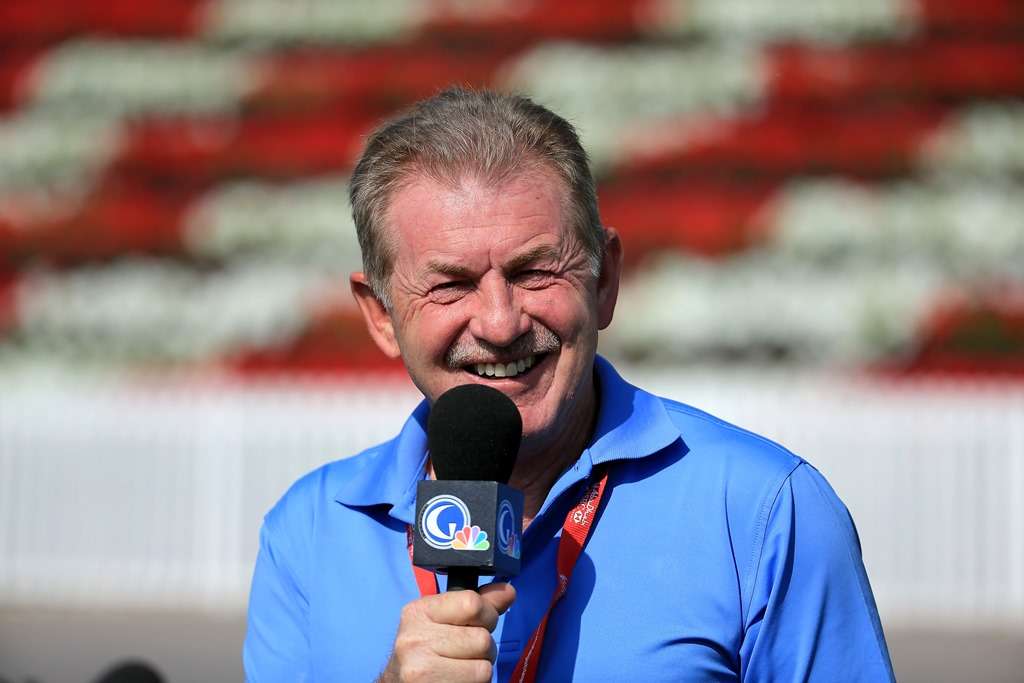 Tony Johnstone is a true voice of reason on TV

3) I say this, admittedly, as someone who is slower than average, but pace of play is one of golf’s more insipid diseases. And we professionals must take more than our fair share of the blame for that. People watch us on TV going through all our bloody ­machinations and they copy us. They all have yardage books and pre-shot routines and green charts. It’s crazy.

Now, I know why we pros like to have all the information we can; golf is our living. But amateurs think they must do the same if they are to play well. They don’t. Most of what sports psychologists are telling players is hot air, especially on speed of play.

What we need to see – and hear – is a siren that goes off after, say, four and a half hours. If you are still on the course when it sounds, then you are disqualified. Or at least you have to put down bogeys for all the remaining holes. Rounds that take more than four hours 30 minutes are nothing but ­torture anyway. No one will ­miss much.

Another benefit: the pros out there using two paces of play – one for ­normal play and another for when they are on the clock – will be penalised. Take it from me, they won’t get much sympathy from their peers.

4) This is maybe a little selfish, but I’d like to see more of the great old courses being used for professional events. We are lucky on the Senior Tour; we get to play more of the ­traditional venues because they are considered too short for the main tour. In Europe this year we have played at Porthcawl and La Moye in Jersey, to name but two examples.

It’s very different on the main ­circuits though. For reasons that have much to do with money, the younger guys compete on too many venues that are mediocre at best, awful at worst. So we need to at least mix

things up a little. Let the regular tours go to places like Sunningdale. OK, they may be a little short by modern ­standards, but the players will love going there and, long-term, it will make them better and more ­interesting players.

I know this to be true because I spent my last few years on the ­European Tour getting more and more bored. The courses were getting longer and longer, more and more ­tedious. It was just thump, thump, thump all the time. I rate courses by how long it feels like I’ve been out there when I reach the 18th tee. On the European Tour it was, by the end of my career, feeling like forever. It was utter torture. I’d rather have spent five hours in the dentist’s chair.

5) The rules of golf are just so ­complicated. Yet they don’t cover everything. Which is why the decisions book is so thick. In fact, I’d recommend that every golfer buy a copy for ­bedtime reading. Some of the ­decisions are just so funny.

I read one recently. A guy had to climb up a tree to hit his ball. But as he did so, the tree bends. The ball stays in the same position in relation to the branch, but moves in relation to the ground. What’s to be done? I love that stuff.

But the rules do need to be ­simplified. I’m not sure I know how ­exactly, but it must be even worse for the average amateur. There is one in particular I’d like to see changed. Why is it that missing the ball – surely the worst crime in the game – has a one-shot penalty and driving 300 yards and finishing one inch out of bounds costs you stroke and distance? That can’t be right.

Having said that, I like the fact that our rules are set in stone. That ­differentiates our game from most sports where the participants spend most of their time cheating. 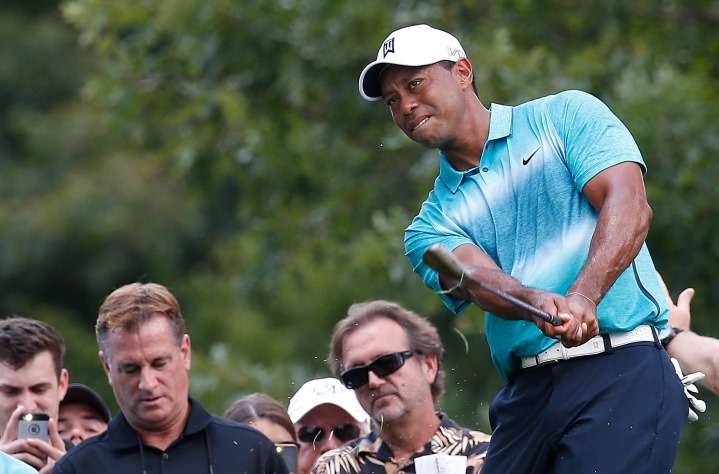 6) Spitting on the course. Ugh. This is a vile habit, one my late father would have abhorred. If he had seen me do such a thing on a golf course, he’d have jumped under the ropes and given me a slap across the head. And I’d have deserved it.

The Americans claim that spitting is part of their way of life. How ­horrible. It’s just disgusting, especially when it happens on greens. To me, it’s a crime that can have only one ­punishment: disqualification. Nothing short of that ultimate sanction is ­appropriate. The culprit must be ­removed from the course as soon as possible.

7) Long putters. I know this won’t go down well with some of my peers on the Senior Tour, but these things have to go. It’s not a putting stroke; it just isn’t. And it is easy to fix. Make a rule that says the driver has to be the longest club in the bag. Or one that specifies the putter must be the ­shortest. Whatever. Those long things have to go, if only to stop some guys using them to measure two club lengths when taking a drop. That really gets me going.