Will games build a lasting legacy?

Posted on 26th August 2016 by admin in Featured, Features, In the Golf Paper | 0 Comments 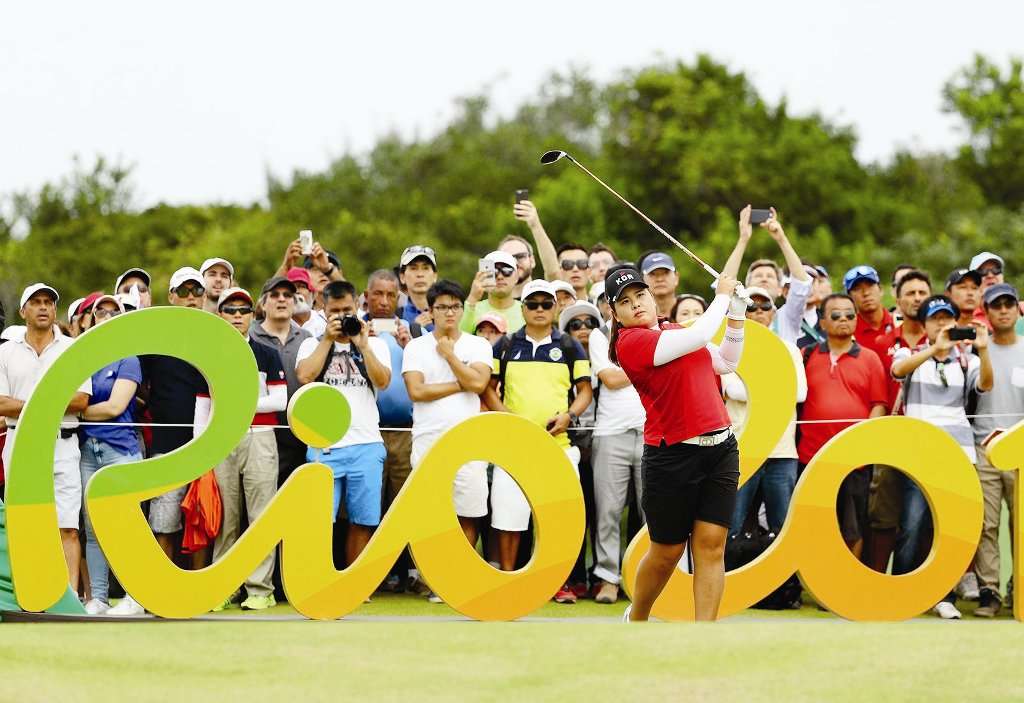 Rio Grande: High green fees make it difficult for the Olympic legacy to have an immediate effect at the Gil Hanse course (Photo by Getty Images)

Admittedly, it didn’t quite reach the level of rampant hysteria. But it was close. So sugary and schmaltzy was the (vast) majority reaction to the Olympic golf tournaments, by the end of two weeks of exhibition play in Brazil the bandwagon was more crowded than Rio’s least desirable Favela.  Really, the “happy-clappy” coverage emanating from so many quarters should have come with a calorie count and government health warning.

Some of the various platitudes and oh-so sincere reverence spouted by just about every golfer might even be described as patronising. Over the fortnight of competition it wasn’t so hard to imagine one patting a kayaker from some obscure nation on the head and saying, “well done you.” Think Prince Philip conversing with any member of society not royal.

Which is not to say there weren’t reasons to be cheerful about Rio 2016. The Gil Hanse-designed course was, by a distance, the true gold medallist. Thought-provoking and strategic, it provided a delightfully multi-dimensional test of execution and tactics that, not coincidentally, produced two top-class champions in Justin Rose and Inbee Park. There were low scores from others too. The mark of a really good course is that really good players playing really good golf will be allowed to shoot really good scores. In that respect as well as many others, Mister Hanse knows what he is about.

The big worry when it comes to the golf course is whether not it will even exist four years from now. Given the political, social and economic state of Brazil it would come as no surprise to hear that, like so many other past Olympic venues, it has been left to rot away quietly. It certainly won’t be overplayed. With green fees set at $80 for Brazilians (where the minimum wage is $275 a month) and between $200 and $250 for tourists, it is hard to imagine too many taking up the challenge. Even the four-hole practice course – which will cost $10 to play – will surely find it tough to survive.

On the other hand, especially in the men’s event, we had a terrific finish and a closely fought battle between two of the world’s best in Rose and Open champion Henrik Stenson. It was highly entertaining stuff. But what it was not was uniquely significant.

Exciting yes, but don’t we see similarly competitive contests six or seven times a year, every year? Far more impressive is the fact that, to use baseball terminology, Rose “hit for the cycle” in that he made an eagle on a par-3, a par-4 and a par-5. Now that is impressive.

The players of both genders clearly embraced the historic nature of the occasion, even if some of the “I’m an Olympian” tweets and quotes got a little tiresome. It really was a bit much, especially the thought of multi-millionaires swanning around the athlete’s village and mingling with “real” Olympians who slog their guts out in obscurity and “enjoy” very different lifestyles in the four years between each games.

Still, it must be acknowledged that almost every golfer – male and female – appeared to be having fun. This too was used as ammunition in the barrage of words and phrases deemed to be “answering the critics.” Answering the critics? Maybe I missed it, but I don’t recall even one critic saying, “don’t put golf in because the players will have an awful time and the game is boring.”

Much was made too, of the supposed regrets being felt by those like Jordan Spieth, Rory McIlroy, Jason Day and Dustin Johnson who had chosen not to play in Rio. Maybe, even if Sergio Garcia seemed to be in no doubt. His tweet: “Whoever said @OlympicGolf didn’t mean anything must’ve been on drugs cause this is absolutely amazing!! Coming to Rio, my best decision ever!”

But, at least to these eyes, the players from previous generations were far more wistful than their modern counterparts. Jack Nicklaus and Gary Player both expressed disappointment at being born too early to play anything other than a cheerleading role. Of course, no one mentioned to Gary that, when he was at the top his game, South Africa would have been banned from competing anyway. Just saying.

Then there was the much criticised format. To the surprise of no one, 72 holes of stroke play did neither event any favours. If it wasn’t clear to the organisers that medal play only becomes truly interesting when it turns into match play, then it should be now in the wake of Rose v Stenson. Next time, we need to see a team aspect to the proceedings too.

All of the above does, however, pale into insignificance when compared to golf’s biggest motivation for jumping into bed with a tarnished Olympic brand, one brought down by a seemingly endless stream of drug scandals involving even the most iconic members of “the family.” Then there are the tales of corruption at the highest administrative levels. Those have further damaged the credibility and transparency of a body that once stood for the highest sporting ideals.

But I digress. The only argument that ever made any real sense in the run-up to the Games was that golf’s participation would help “grow the game” in countries where it has never been part of mainstream thinking. And that, despite all of the over-the-top rhetoric we have been treated to, remains a valid concern. Is there any evidence that Rose’s magical pitch to the 72nd green, or Lydia Ko’s hole-in-one will make any real and lasting difference to far-flung governments with more pressing things to worry about than kids picking up golf clubs? Sadly, there is not.

Yes, more members of the elite will surely play in a more welcoming environment in Tokyo in 2020. But will more be playing in Timbuktoo? That, ultimately, will be the true measure of Olympic golf’s success or otherwise.