Six players that should never have won a Major 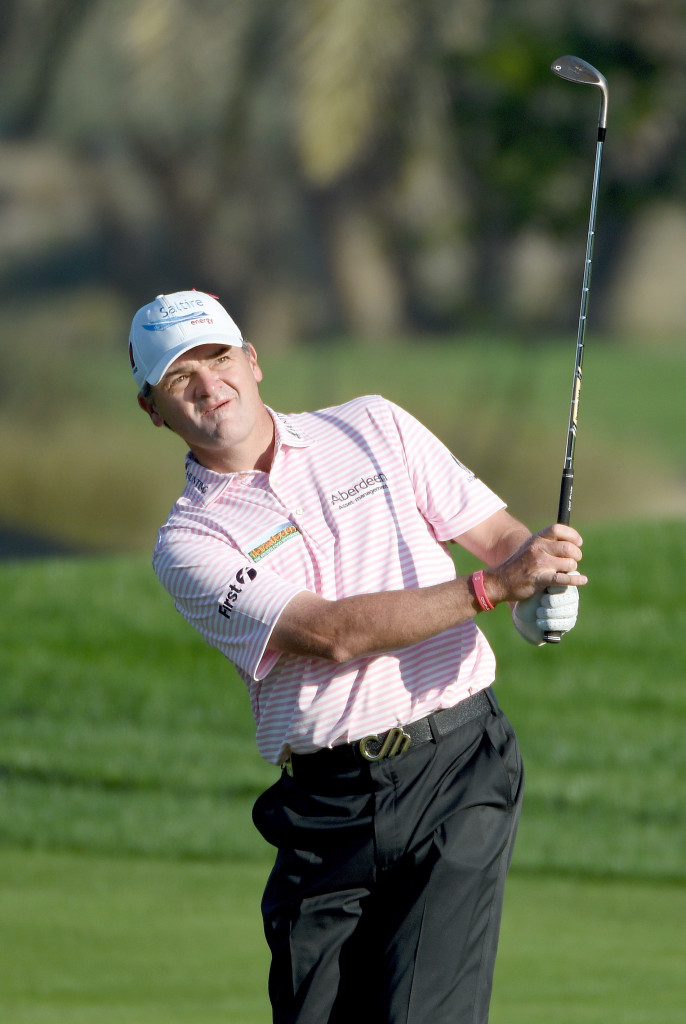 Winning a first Major should be the defining moment of a professional golfer’s lifetime – a career rubberstamped by claiming one of the game’s ‘Big Four’ and a legacy with the greats now confirmed. But winning a Major Championship does not guarantee golfing royalty among your peers. Indeed, with the spotlight on them and their swings under more scrutiny; many players simply fall away into the abyss. Whether through a moment of sublime skill or a savage dose of bad luck on an opponent’s behalf, these six players can now dine at the Major-winners’ table.

A harsh one, maybe, because nobody is suggesting Paul Lawrie isn’t good enough to win a Major now. But, back in 1999, he had no place lifting the Claret Jug at Carnoustie. Lawrie had two European Tour wins under his belt by the time the Open arrived in Angus for its last running of the 20th Century, but by the time he teed off in his final round, he was no fewer than ten shots behind the leader, Jean Van de Velde. Remarkably, a 67 bolted the Aberdeen man up the leaderboard, and then he watched as one by one the leaders crumbled under the intense conditions of the testing links layout. Still, nobody could have envisaged the catastrophic collapse of Van de Velde, who threw away a three-shot lead at the last – under the most comical set of circumstances – to open up a three-man play-off with American Justin Leonard and Lawrie, with the latter seeing off both challengers with relative ease over the four extra holes.

To deliver the kind of knockout blow that Micheel did on the 72nd hole of the 2003 USPGA takes some doing, so credit where credit is due. Protecting a one-shot lead over Chad Campbell, Micheel stiffed his 7-iron to just two inches and from there a closing birdie would wrap up his famous two-shot win. But Micheel is proof that one great shot does not make a great player, and despite registering a second-place finish at the 2006 USPGA, the Floridian has been living off his major moment since, with not a single victory to his name. In truth, illness has plagued his career, but Micheel is without doubt the modern-day Cinderella man when it comes to Major Championship glory.

There must have been something in the golfing water back in 2003. Even at odds as long as 1000-1, you would have been reluctant to have put any cash on Ben Curtis at the Royal St George’s Open. For starters, you wouldn’t have had a clue who he was. Curtis was ranked 396th in the world and his visit to Sandwich that year was his first taste of Major action. His was a typical ‘sneak-up-on-the-inside’ win, playing the first three rounds in one-over-par, before returning a closing 69 to edge home by one shot. And, let’s face it, he didn’t win it. While Curtis saluted the galleries by the 18th green after tapping home his final putt, Thomas Bjorn was busy throwing away a three-shot lead with four holes to play, most notably by taking three shots to escape a shallow sand trap on the par-3 16th hole.

Take nothing away from Bobby Goalby as a player; he won 11 times on the PGA Tour and had seven top-ten Major finishes on top of his win at the 1968 Masters. But that win might never have happened had Roberto De Vicenzo not signed for an incorrect scorecard. The Argentine, who had won the Open Championship the previous year, had tapped in from two feet for a birdie three at the par-4 17th, but signed his card after his playing partner, Tommy Aaron, had marked that score down as a four. Rules stated that the higher, signed-for score would have to stand, and so after sweating thinking he would have to endure a play-off, Goalby was handed the biggest, but perhaps most awkward, win of his career.

There are great shots and there are lucky shots. And, while it would be harsh to describe Larry Mize’s now-infamous chip-and-run that bagged him his Green Jacket in 1987 as the latter, there is no doubt it was sprinkled with more than a touch of good fortune. Mize, a native of Augusta, had forced his way into a three-way play-off with Seve Ballesteros and Greg Norman – the number two and one ranked players in the world at the time respectively – by birdying the last hole in regulation. Ballesteros was edged out at the first extra hole after making a bogey five, but on the par-4 11th, with Norman well set just short of the green in two, Mize faced a devilish up-and-down from 60 yards out. He had to play it hard enough for the ball to run up the steep bank, but soft enough for it to stop with water lurking beyond the green. With a strong contact, the ball looked to be searing past the hole with a potentially slippery return putt. But it hit the flagstick and dropped dead centre. And that was game over for Greg!

Jack Who? Jack Fleck, the man who won the 1955 US Open by beating the greatest player of his era, Ben Hogan. Such was Fleck’s low-key standing in the game that he did not even turn pro until he was 33, and in the same year, 1955, he won golf’s most gruelling Major by defeating the great Hogan in an 18-hole play-off at Olympic Club, San Francisco. After trailing by three shots heading into the final round, Fleck carded a Sunday-low 67 to force the 18 extra holes and held Hogan at bay on the back nine to win by three. Fleck did win twice more on the PGA Tour, as well as the 1979 PGA Seniors Championship, but he lived most of his golfing life in obscurity.