Mickelson dreaming of US Open glory 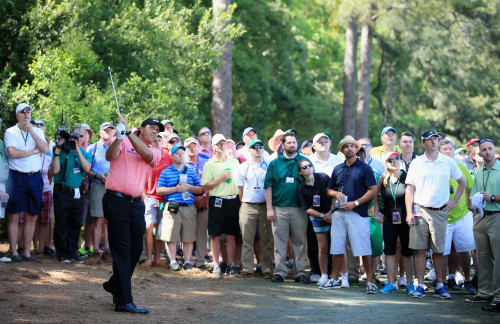 GLORY: Phil Mickelson is targeting a first US Open title later this month

Phil Mickelson admits that his mind has already begun turning towards winning an elusive US Open title later this month.

The 44-year-old has enjoyed a stellar career with 42 PGA Tour wins, including five majors, but he has yet to taste victory in his home Open.

The left-hander has won three Masters titles, while he claimed the 2005 US PGA Championship and the Open Championship at Muirfield in 2013.

The Californian has come mighty close to winning the US Open, with six runners-up finishes and 10 top-10s overall.

It is the one tournament above any other that he wants to win before hanging up his golf bag, and the popular American confessed that the thought of playing on a new course in Washington state has had his competitive juices flowing since Augusta.

“I think about it a lot after the Masters is over,” he said. “I really like Chambers Bay. It’s a lot like St. Andrews in that the first time you play St. Andrews you don’t quite get it. It doesn’t make sense.

“And then when you play it over and over, and you start to realize what types of shots, and where you’re supposed to go, it all makes sense.”