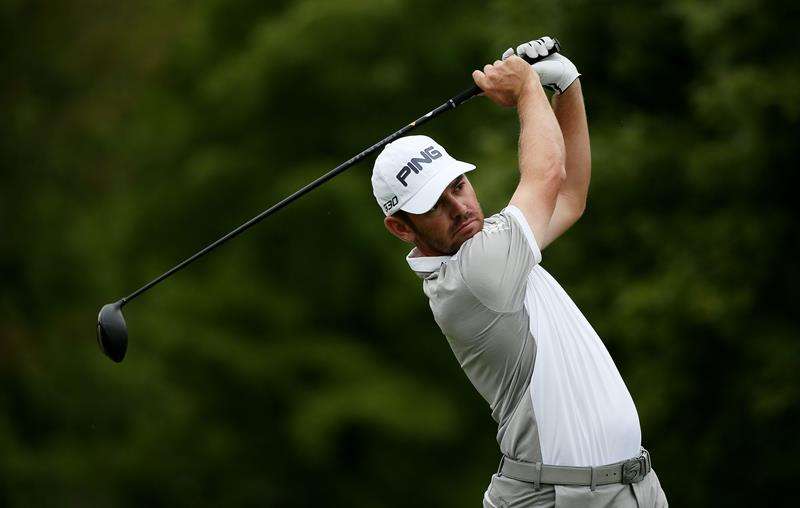 ‘Twas the Monday before the Open, when the excitement began. With the Scoreboard Carriers’ provisional rotas already out, I scrambled onto my phone to uncover which players had my time of nine forty-eight on Thursday morning. With so much anticipation and thus adrenaline surging to every fibre of my being, just the process of opening ‘the Open’ app to the tee times page was rife with wrong-clicks. That being said, when the page finally opened, my phone nearly fell from my grasp.

As I perused the mid-morning times, the words ‘Spieth’ and ‘Stenson’ leapt out at me with ‘09.48’ beside them. I was elated. I prayed that the provisional rota would prove final. But, as I found out later that very same day, it wasn’t to be. Instead I ended up with the group after, the time of two minutes to ten and therefore the group of Justin Rose, Justin Thomas and Louis Oosthuizen, which wasn’t exactly an awful group either.

A feeling of intense excitement ran through my veins. It lasted until Thursday morning when, as I made my way up the blue carpeted steps to the first tee, I caught a glimpse of Jordan Spieth and Henrik Stenson strolling down the adjacent players’ stairs to the tee. As they were introduced to the crowd and I waited for Rose, Thomas and Oosthuizen, that feeling of ‘I can’t wait for this’, turned to a feeling of trepidation and ‘what am I doing? What if I make a fool of myself? What if I drop the board?’

Luckily those feelings proved to be unjustified. The nadir of my experience came between the first green and second tee. As Justin Rose birdied the first hole (I know… how inconsiderate of him), I was called into action early on. My attempt to diligently extract a ‘–’ and ‘1’ from my red pack of cards, held together by an elastic band, was going swimmingly. That however was until this elastic band, unbeknown to me, decided to throw a spanner into the works by rolling to one side, allowing the cards to spew everywhere onto the ground inside a metre radius of me. The good fortune in having a group of famous players manifested itself in a way that I thought it would not – luckily the crowd were to focused on the players to notice, let alone deride me for my blunder!

The crowd were not the only ones focused on the players, however. Not because of the need to keep their scores up to date, but due to an innate feeling of intrigue with how professional sportsmen ply their trades, my eyes were glued to their every shot to an almost obsequious degree. It was not just the big names of my Thursday group that had this effect on me, though. On the Friday evening, at nine o’clock, as I was soaked through to the core, and even though the movement in my fingers became limited, I was still thoroughly engaged.

Whilst on the Thursday morning I was nervous beyond belief (and as I write this I fail see why), 24 hours later, I had an insatiable appetite for it. It was like a fever and I had caught it. The signed balls and a plethora of freebies are all very well, but it was not those things that made the experience what it was. There were so many things that I valued about the experience, but it was the crowd that was the zenith of these. The rapturous applause on the first tee, the ‘c’mon Rosey’s approaching the green, the dull groans of disappointment when a par putt skims the edge of the hole and the raucous roars of elation when a birdie putt sunk. It was all special.

Some may believe that they can absorb the same atmosphere from the crowd and they can see more on the telly, however having had cheered Rory McIlroy to his maiden Open Championship in 2014 and now having carried a scoreboard, I repudiate the notion that anyone would prefer to be outside the ropes than inside. You may be able to see more on TV, but can you get as close? Can you be there for every conversation between player and caddy, every practice swing and every ruling? You may be able to cheer from the stands, but can you soak it all in from inside the cauldron of noise?

The moment that summed up the whole week from my point of view happened on the Sunday afternoon. After my final round, I was checking that my number cards were all there for one last time with a tinge of sadness. It was as I was doing this that I realised, ‘I get paid for doing this. I would have done it for free!’