John Huggan: Rio games won’t have that special ring to it

Posted on 14th September 2015 by Adam Ellis in Golf news, In the Golf Paper | 0 Comments 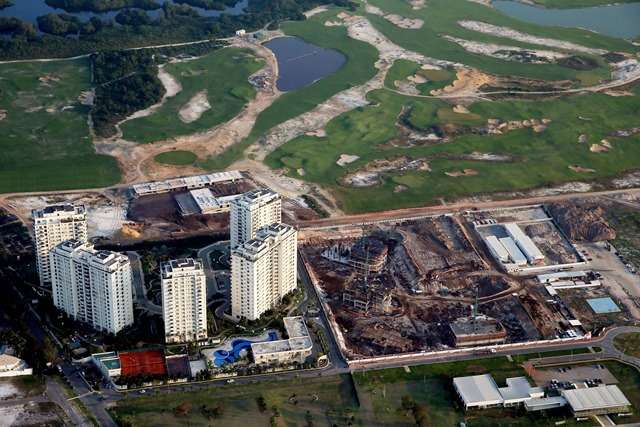 New stage: Olympic golf isn’t wanted by all the players and the format is a missed opportunity to showcase the game (Photo by Getty Images)

I’ve tried. I really have. But no matter how much effort I put in, I just can’t get interested in golf at the Olympics. Yes, yes, I’ve heard all the arguments about how much participation in the world’s biggest sporting event will help develop and support the game in countries where it needs to be developed and supported. I understand that governments are more likely to pour cash into all aspects of golf when a gold medal could possibly be the result of their investment.

All of that is fine. I get it. ‘Growing the game’ is a commendable aim, no matter where it takes place.

But the Olympic tournament itself – four rounds of tedious and unimaginative strokeplay – is going to be a huge snooze. Think about it. By the time we get to the final round, only a handful of participants will still be in with a chance of winning a medal. The rest, with absolutely nothing to play for, will be going through the ultimate motions. Is that really what Olympic golf should be about? Bo-ring.

I’m not alone in my indifference of course. Former Masters winner Adam Scott is another not even remotely attracted by the prospect of what he clearly sees as an enormously inconvenient trip to Brazil next summer.

“Whether I win an Olympic medal or not is not going to define my career or change whether I’ve fulfilled my career,” says the 35-year old Australian. “It’s nothing I’ve ever aspired to do and I don’t think I ever will. It’s all about the four Majors and I think that’s the way it should stay for golf. To go and play an exhibition event down there to meet some athletes (in other sports) in the middle of the Major season, I don’t think any other athletes in their sport would do that. Golf doesn’t need to be in the Olympics.” 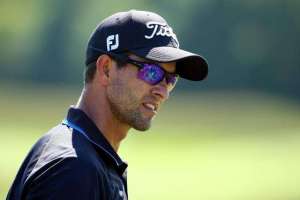 Not a fan: Adam Scott (Photo by Getty Images)

Scott does have a valid point when it comes to tournament scheduling for next year. We’ve already heard how the French Open and the WGC Bridgestone Invitational are going to clash. And the prospect of two Majors – The Open and the USPGA – separated by just 11 days is surely far from satisfactory, even if it is only once every four years. In an era when players constantly complain about how often they are “dragged” on to the course to play for millions of dollars, the immediate prospect of a trip to South America is not one many will embrace wholeheartedly.

So the suspicion here is that Scott is hardly the only top player struggling to see the point of all this fuss and bother. He, along with the rest of us, knows that the whole thing started as a way of getting the world’s most famous sportsman into the world’s biggest sporting event. Unfortunately, in the time it has taken for golf to jump through all the various hoops required to gain Olympic entry, Tiger Woods’ game has deteriorated to such an extent there is now no chance of him making it to Rio. Money talked, but Tiger’s swing wasn’t listening.

Then there is the format thing. It is difficult not to conclude an opportunity has been missed here. Instead of an event that will look an awful lot like every other week in golf, some inventiveness could have shown the world how much fun can be had playing the greatest game of all.

The possibilities are many and varied. For one thing, there should surely have been some sort of team aspect going on. Every two years, the Ryder, Solheim and Presidents Cups showcase the inherent appeal of team golf. They are enormous fun to watch – yes, even the Presidents Cup – and, one assumes, great fun to play in. And all, significantly, do not involve prize money. In the right circumstances, even the most hardened professionals can be persuaded to play for all the right reasons.

As part of this ideal mix, a mixed event should also be part of golf’s Olympic jigsaw. Not only would this be a great fillip for the ladies game, it would be fascinating to see both genders playing together for a common cause. There would also be further scope for inventiveness. Instead of hitting their own balls all the time, the pros could be asked to play foursomes, greensomes, or even a ‘relay’ event, where every team member would take, say, three holes each. Again, that would be fun to watch.

Still, amidst all this fanciful fun and frivolity, there is one other dark cloud. Given the level of ignorance amongst many players when it comes to the Olympic doping regulations, chances are some unsuspecting and probably innocent ‘dope’ is going to wander into his local pharmacy, buy something off the shelf for whatever is ailing him or her, and end up taking something they shouldn’t. Such an eventuality could lead to a player or players being banned from golf, something nobody wants to see.

It goes without saying, drug cheats need to be cleaned out of every sport. But with golfers there is potential for situations like the one skier Alain Baxter blundered into a few years ago. The Scot lost his bronze medal from the 2002 Winter Olympics in Salt Lake City when it transpired that a Vicks inhaler he purchased in the United States was different from the same brand in the United Kingdom in that it contained an ingredient on the banned list. It isn’t much of a stretch to imagine a golfer doing something very similar.

Plus – and there is an amusing side to this – it will be interesting indeed to see how leading golfers, not used to having drug testers arriving at their doors early in the morning, react to the more stringent regulations applied by the World Anti Doping Agency.

The image of a bleary-eyed, pyjama-clad Rory McIlroy answering his doorbell at 6am springs to mind. As does a basic question: is playing in the Olympics really worth all this trouble?