Spieth and Johnson pair up 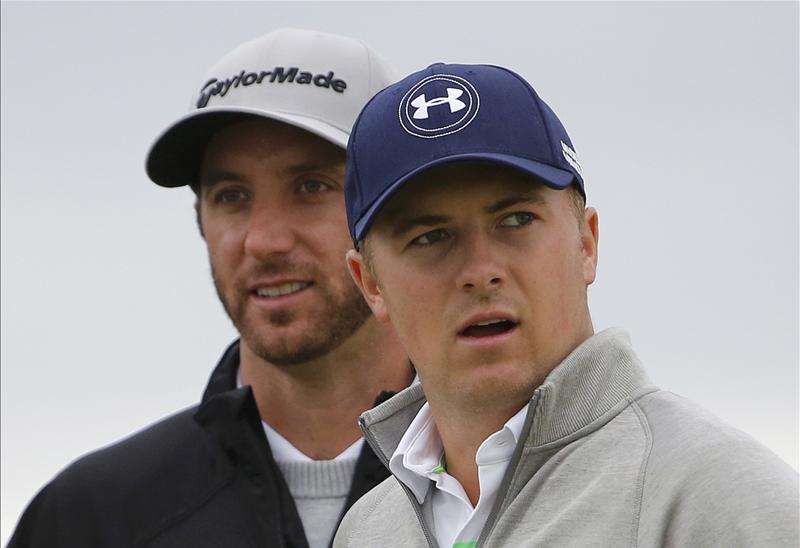 Jordan Spieth and Dustin Johnson have been paired together for the United States for the opening foursomes of the Presidents Cup.

The pairings for the first day of the biennial event were announced on Wednesday, with Spieth and Johnson’s coupling grabbing all the headlines as they prepare to take on the International team’s selection of Danny Lee and Marc Leishman.

The American duo are in great form going into the President Cups. World number one Spieth has won two majors and the FedEx Cup, while Johnson has recorded top-10 finishes in three of golf’s big four tournaments this year.

US skipper Jay Haas says Spieth and Johnson requested they play together in the foursomes and he was happy to let them have their way, pairing them up for the last match of the day on Thursday.

“Jordan and Dustin, they have been wanting this for a while, wanting this pairing. And what Jordan wants, Jordan gets right now,” said Haas.

Meanwhile, the Presidents Cup will kick-off with 2013 pairing Adam Scott and Hideki Matsuyama reunited to take on Bubba Watson and JB Holmes in the opening match.

Other standout match-ups include Australian duo Jason Day and Steven Bowditch taking on Phil Mickelson and Zach Johnson, while South Africans Louis Oosthuizen and Branden Grace will go up against Matt Kuchar and Patrick Reed.