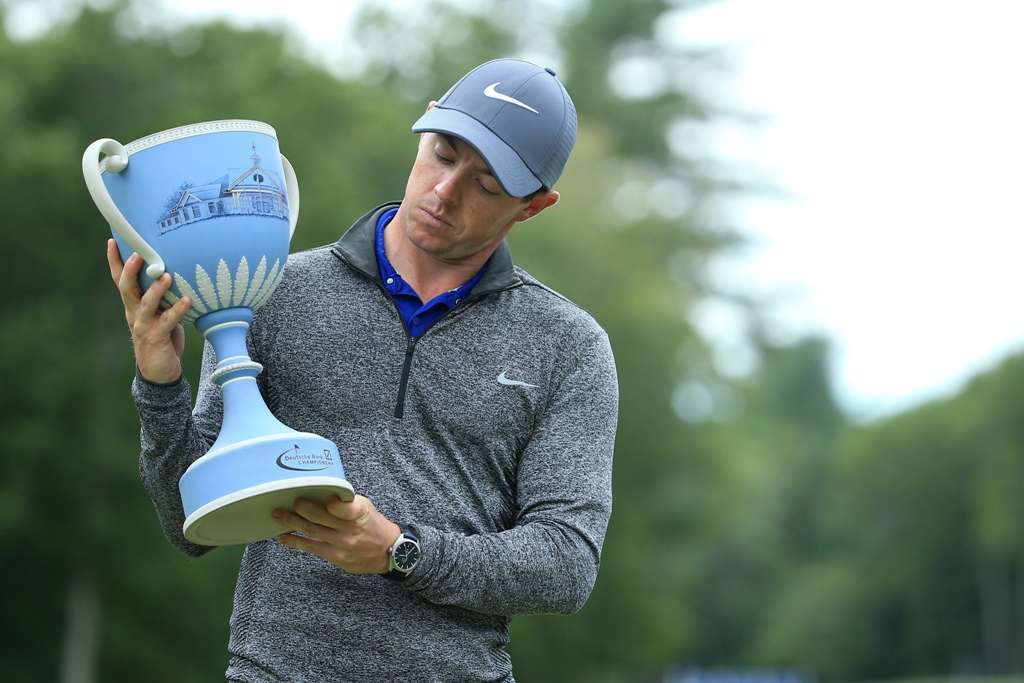 Rory McIlroy stormed to victory at the Deutsche Bank Championship with a final round of 65 at TPC Boston.

Starting the day six shots back, the Northern Irishman carded five birdies on his way out before picking up another shot at the 12th.

A dropped shot at the 17th did not derail him as he made amends with a birdie on the final green.

The 27-year-old’s round of 65 allowed him to post a score of 15-under par and meant Paul Casey had to eagle the last to force a play-off.

The Englishman had started the day holding a three-shot advantage but struggled to find his rhythm, making two bogeys in his opening six holes.

After finding the back of the final green with a towering long-iron, he attacked the hole with his first putt from distance but failed to find the bottom of the cup.

To add insult to injury he also missed his return effort and eventually had to settle for second place in Massachusetts.

Jimmy Walker took third on 12-under, while Adam Scott finished with an impressive 65 to take fourth.

McIlroy’s triumph is his first on the PGA Tour in 2016 and his second at the Deutsche Bank, following victory in 2012.