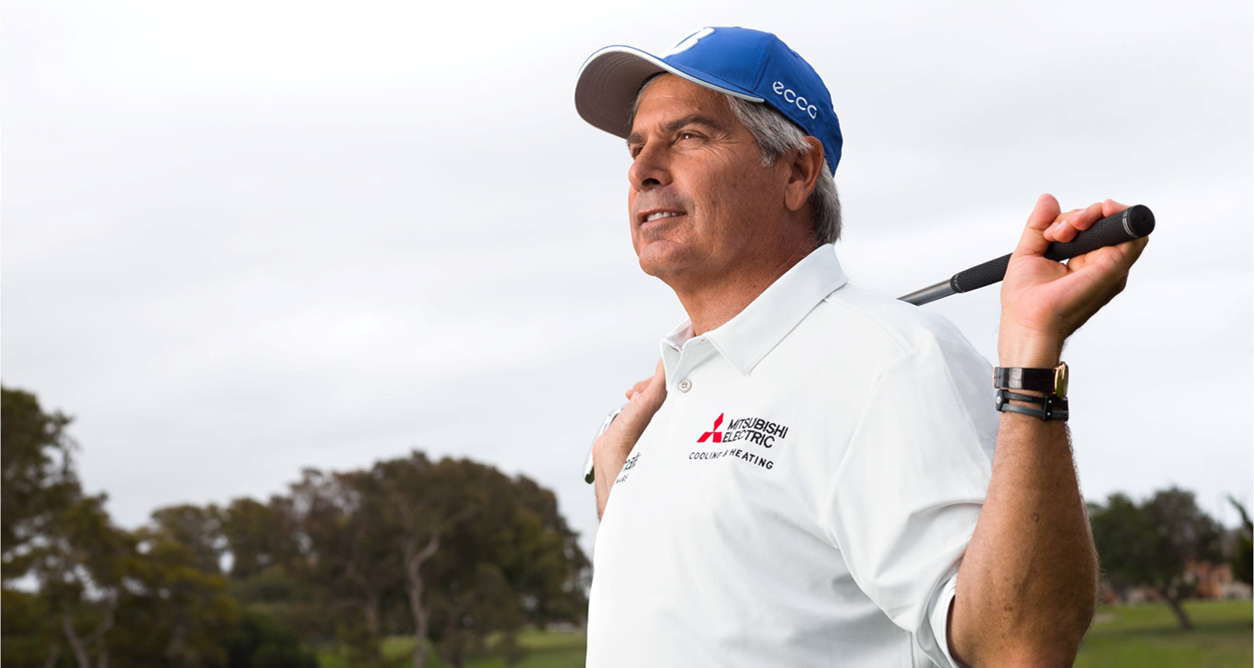 ECCO Golf is delighted to announce that a new multi-year agreement has been reached with ambassador Fred Couples, extending the partnership between the parties.

Couples, the World Golf Hall of Famer and Golf Digest’s “Coolest Golfer of all Time”, will continue to compete with the ECCO Golf logo on the side of his hat, and showcase the Danish company’s multi-award winning Hybrid shoes during tournament play.

Couples’ relationship with ECCO Golf is widely credited with sparking the Hybrid shoe revolution. His performance at the 2010 Masters tournament, where he competed in the company’s pioneering Golf Street model, forever altered the global golf footwear market.

“I’ve competed in ECCO Golf shoes for a decade now, and I can honestly say I can’t see a time where I wear anything else,” said Couples. “The comfort provided is second-to-none and I love the look of the new innovations coming in 2017.”

One of the most popular golfers to ever pick up a club, Couples has captured 15 PGA Tour titles, including the 1992 Masters. His other notable achievements include winning the 1984 and 1996 PLAYERS Championships, twice earning PGA Tour Player of the Year and Vardon Trophy honours in the same season (’91, ’92), subsequently becoming the first American to reach No. 1 in the Official World Golf Rankings (six years after the system debuted).

Since joining the Champions Tour in 2011, Couples has won 11 titles, highlighted by the 2012 Senior Open Championship and 2011 Senior Players Championship.

“Fred Couples is synonymous with ECCO Golf,” said Jesper Thuen, Head of ECCO Golf – Asia-Pacific and responsible for sponsorship. “I’m delighted that our agreement has been extended as he’s been an incredible ambassador for us.”