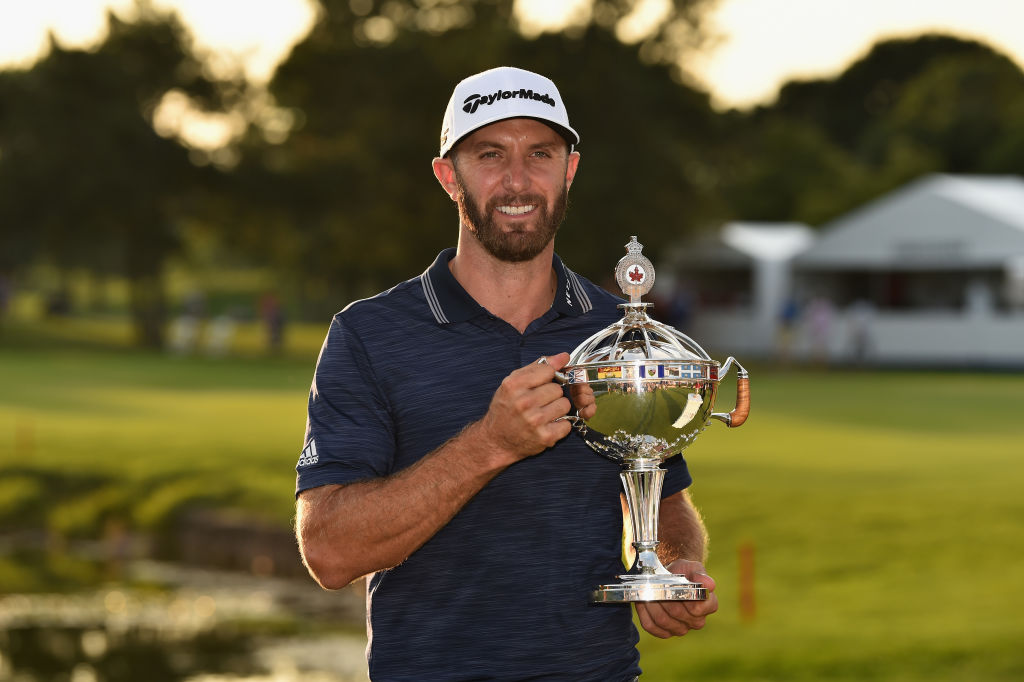 World number one Dustin Johnson won the Canadian Open by three shots to secure his third PGA title of the year.

The 34-year-old missed the cut at The Open Championship last week but he showed no signs of bad form in Ontario. If you expect Dustin Johnson to continue his fine form on the PGA Tour punters can place their bets through bookmakers websites. Johnson currently tops the Fedex Cup standings and has not looked threatened by the rest of the field.

Johnson started the round as one of four joint leaders but he eventually moved onto 23-under to lift the trophy.

Whee Kim and Byeong Hun An finished in a share of second, while American Keegan Bradley secured fourth after a sensational final round.

Johnson was three shots in front on Sunday before thunderstorms caused problems but he showed plenty of composure as he held on to taste success.

He has now beaten Tiger Woods’ record of 18 PGA Tour wins in the last decade and he says it is a proud moment to surpass one of the game’s greats.

“Obviously I’m doing something very well,” he told the PGA Tour. “To even be mentioned in the same sentence as Tiger means a lot. What he’s done for the game, the things he’s done in the game. No one is ever really going to get to that level.

“The fans were great. All week there was a ton of support. It’s been great and everyone has been great to me up here.

“To be able to share it with my family is definitely important and definitely means a lot more. I talked to Paulina a little while ago and they were watching from home. So it’s always cool to hear that your little man’s watching you on TV.”