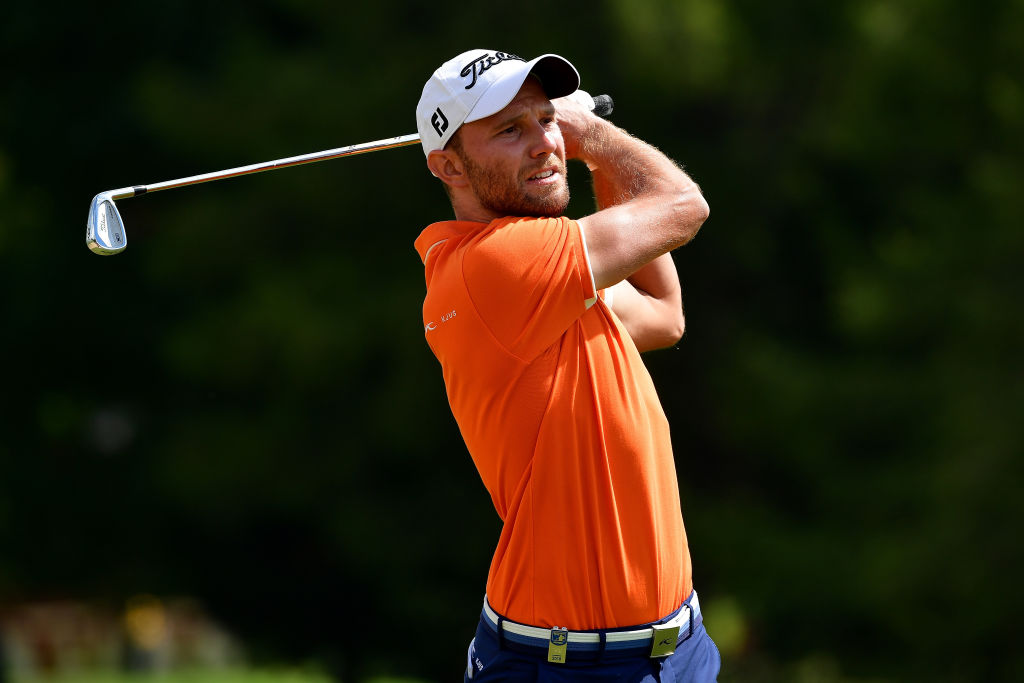 Maximilian Kieffer is set to take a one-shot lead into what will be an exhausting final day of the Oman Open on Sunday.

The 28-year-old holds the the clubhouse target at five-under after he was one of just 11 players who managed to complete round two on Friday due to fierce sandstorms.

India’s Gaganjeet Bhullar, Denmark’s Joachim B Hansen and South African Brandon Stone were at four-under when play was halted on Saturday.

Some of the more unfortunate players unable to complete their third rounds face up to 33 holes when play looks to resume at 7:15am UK time on Sunday.

Meanwhile, Swede Peter Hanson, American Hugo Leon, Benjamin Hebert of France, Japan’s Hideto Tanihara and Paraguayan Fabrizio Zanotti are all in contention as they find themselves just two shots off the lead.