Posted on 6th June 2016 by Adam Ellis in Features, In the Golf Paper | 0 Comments 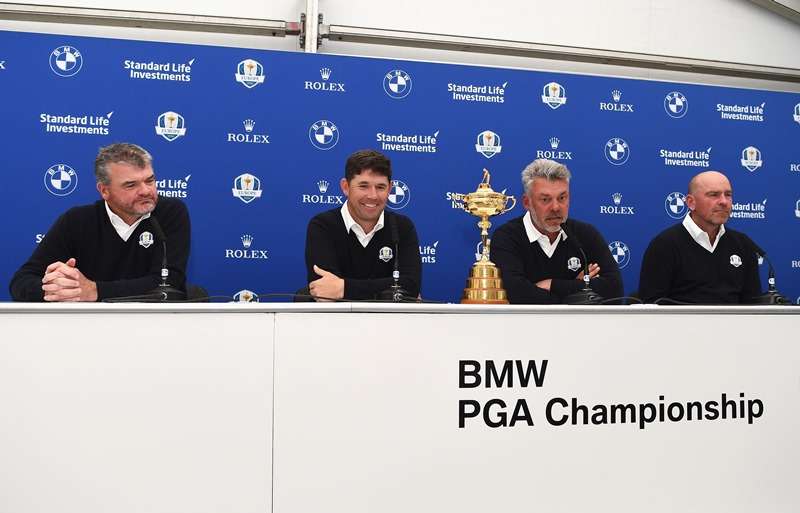 Darren Clarke insists that he is leaving no stone unturned in his search to find a winning formula for Europe’s Ryder Cup team to take on the Americans at Hazeltine this autumn.

He has a heavier weight on his ­shoulders than most recent European captains because he is trying to tie down a piece of golfing history.

Clarke will be hoping to capture a fourth successive win over the ­Americans for the first time since 1979, when the team from the eastern side of the Atlantic was expanded beyond just British and Irish players to include top European golfers.

It was at Wentworth, as he was ­introducing to the media the first three members of his team of vice-captains – Padraig Harrington, Thomas Bjorn and Paul Lawrie – that Clarke, in responding to a cheeky question from the floor, ­revealed that he is trying to soak up ­advice like a sponge.

He was asked if, as well as talking tactics with past winning ­European ­captains, he was also seeking out ­losing captains to see what pitfalls he should be trying to avoid.

He answered: “Oh, most definitely, yes. It would be remiss of me if I didn’t cover all aspects of advice that I could possibly get.

“They are the ones I’ve been in touch with of late and certainly any little bit of titbits of help and support and advice that I could gather,  I would gratefully receive. And I’ll be following on with that and trying to get as much help and advice as I can.”

During the ­recent Players ­Championship at Sawgrass, Clarke called a meeting with all the potential members of his team taking part, but that was a pretty obvious move to make.

But as well appointing his vice-captains at Wentworth, he also sat down for meals with many of the caddies who will be expected to carry the bags at Hazeltine.

And he declared: “We are under no illusion how difficult a task it is going to be for us all going over there.

“America and Davis (Love III, the US captain) and his team – they are ready for a fight to get the Ryder Cup back.

“With the caddies, we know ­everybody so well, but if I see any little way that I can enhance that and make that a little bit better and get the guys even tighter, then that can only be ­beneficial to all of us.”

With players like Danny Willett, Matt Fitzpatrick and Andy Sullivan chasing their first Ryder Cup caps, Clarke knows that he could have a team ­lacking experience in some quarters. But he is already trying to make them  at home in the European locker room.

“I think we already have bonds with the young guys,” he said. “It’s a case of for me, and these guys (the vice-captains) as well, getting to know the young guys, the guys that have got a chance of making the team.

“You don’t want to end up with a rookie going there that doesn’t really know any of the four of us that well. We want to have a big trust amongst the team and we want to have a big close-knit community feeling about our team, and that is what I am endeavouring to create.”

And in Bjorn, Harrington and Lawrie he has a deep well of ­experience as former vice-captains from which he can draw help with his preparations over the next four months and in the Europe team room once the ­transatlantic battle is underway.

As the players’ chairman of the ­European Tour, Bjorn is used to handling awkward political ­issues.

As a player he has been a member of three winning  teams and, as a vice-captain, he has ­also successfully  served under the likes of  Bernhard Langer, Colin ­Montgomerie and José María Olazábal.

And while he was the only one of the four who met up with the media that has not got one of golf’s Major titles on his CV, Bjorn understands totally what the Ryder Cup will mean not just for the players but for Clarke and his backroom staff.

“You work your whole career for certain moments, and you ­realise when you are in this event that’s it. That is you and your golf clubs and this is what you worked for, and now you’ve got to make it count.

“That’s the time where you, as a player, find out what you’re made of. Can you actually make yourself play the game ­properly under those ­circumstances? These three players have won Major ­championships, they will tell you that they have drawn on their Ryder Cup experiences in ­winning their Major championships. They have been under that kind of pressure before. So they know what it is like to deal with it.

“And it is just the most wonderful ­occasion for any player. Watching some of those young guys that are ­trying to make this team, you are ­playing with them, you see how ­nervous they get; when they get a good score going, you can see that and their mind is not on the tournament they are playing.

“Their mind is on making that team because it’s just such a huge deal for any player. It’s one of the best things you can experience as a player.”

And having played in six Ryder Cups and been part of Paul McGinley’s backroom team at Kiawah Island, ­Harrington is equally enthusiastic about the battle ahead and the part that he will be playing in it. 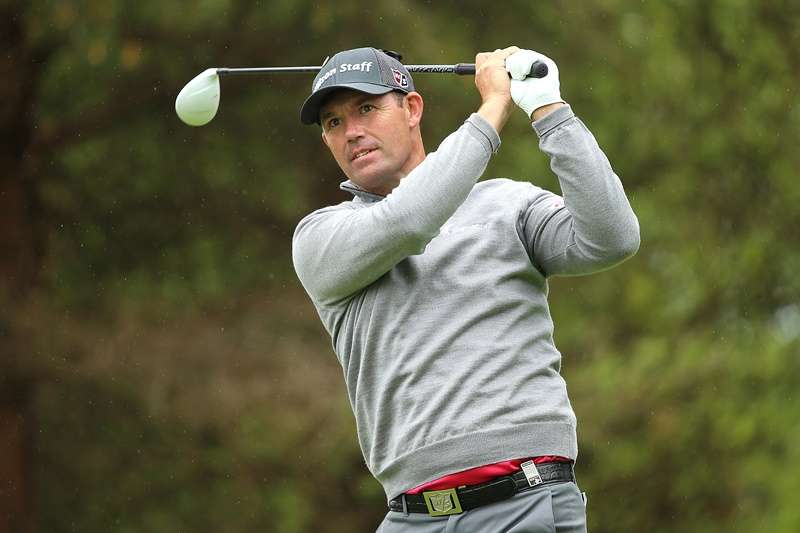 Ready to go: Padraig Harrington says being a vice-captain is the next best thing to playing (photo by Getty Images)

“I found it fascinating the last time. So I am happy to be asked,” said the Dubliner.

“I’m happy to be going. I’m happy to confirm that I’m going to Hazeltine this year. As a player or vice-captain, it is still part of the team.

“I will say, it would be better to be a player but it is not far off it being a vice-captain. You get to live pretty much everything the players get to live with that week and even with a little bit more knowledge at times.

“It will be interesting, different ­dynamics. Darren will bring a different captaincy to it. It will be great to be able to support him but also be part of it and see what happens.”

And Harrington has no doubts that the team room will be a fun place to be. He said: “I think we will enjoy it. There will be plenty of banter between the four of us sitting up here.

“We already had a little bit of fun in our team room before we came in here. Yeah, it is very exciting. Of course you would love to be playing, but it is not about playing at this very moment. I am pretty chuffed that I’m going to be there and involved in it.”

After the Open at Royal Troon next month, Clarke will name two further vice-captains and although he would not give any hints as to their identities, it seems certain that his former Ryder Cup playing partner Lee Westwood will be on his shortlist.

After finishing second to Willett at the Masters, Clarke would like to see the 43-year-old earn his place to play in the team at Hazeltine. But as an ­alternative Clarke knows, after playing alongside Westwood in places like Brookline and Oakland Hills, that he has a wise old head to pass on advice from the sidelines.

*This article was originally published in TGP on 1 June 2016.