Posted on 1st July 2016 by Adam Ellis in Features, In the Golf Paper | 0 Comments 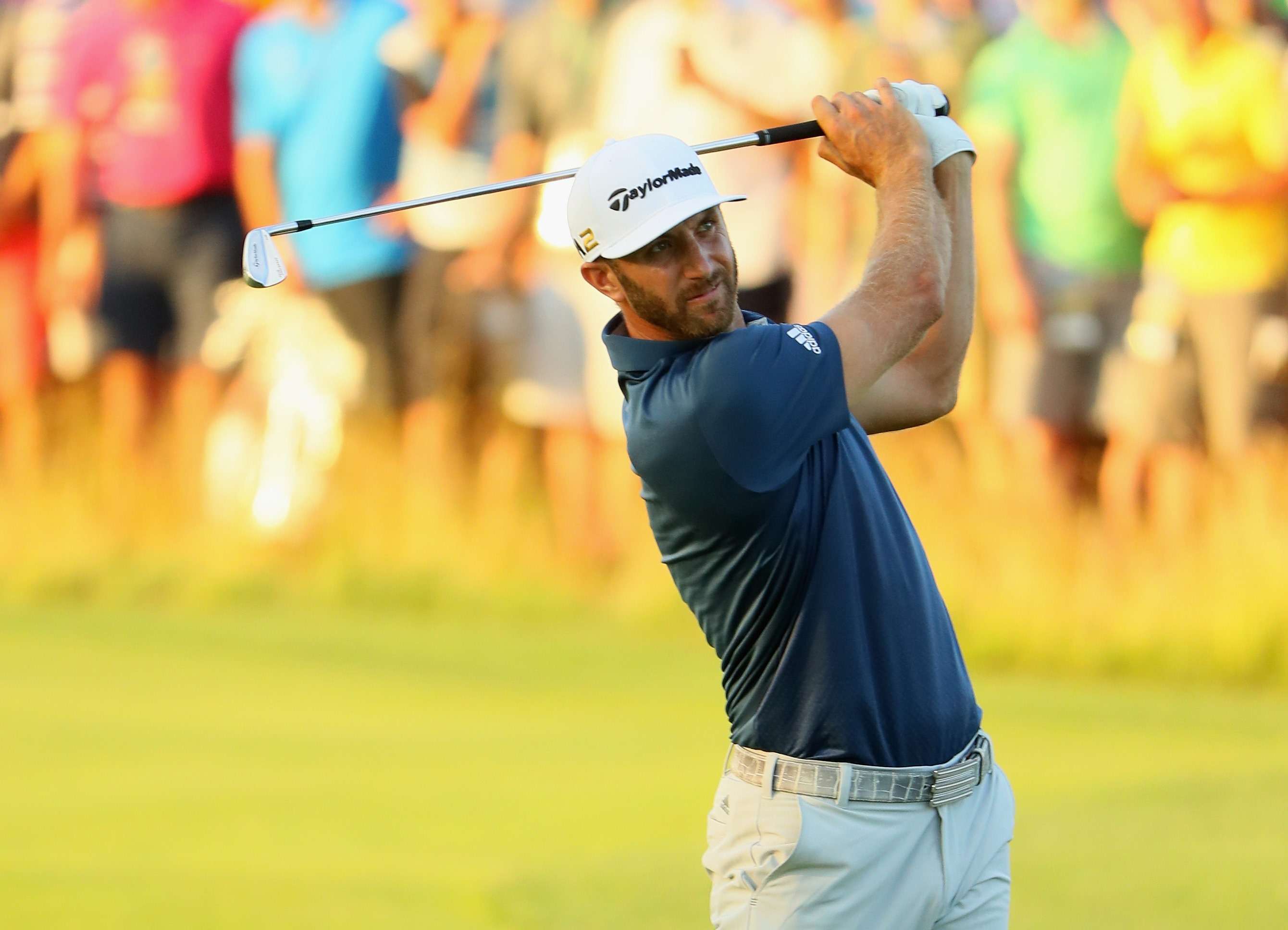 Somewhat lost amid all the fuss and bother that went on during the final round of the recent US Open at Oakmont was the ­brilliant play of the new ­champion. Dustin Johnson’s maiden Major championship victory was confirmation – if any were needed – that the 32-year-old South Carolinian is perhaps the most physically gifted player at the top end of the game. His swing may not have quite the same aesthetic appeal of Rory ­McIlroy’s beautifully balanced action, but Johnson’s extraordinary length off the tee gives him a huge edge over his ­competition on days when the rest of his game reaches even average levels of attainment.

Consider this. Standing on that fateful 5th green ­– you know, the one where no one in the world other than USGA rules officials thought Johnson caused the ball to move backwards with a forward ­movement of his putter – in the final round of the 116th playing of America’s national championship, Johnson had hit so far five approach shots. At the 1st, a 482-yard par four, he needed only a lob-wedge to reach the green. On the 340-yard 2nd, his tee-shot found the putting surface. And on holes three (426 yards), four (609 yards) and five (382 yards) he again hit a lob-wedge to each. Finally, at the 194-yard par-three 6th, he was asked to hit a seven-iron. Imagine the pressure.

It is perhaps just as well that the game is so simple for someone who has never been accused of being one of the game’s deep thinkers. Johnson’s father-in-law – ice hockey legend Wayne ­Gretzky – is alleged to have commented that he never thought that his daughter, Paulina, would ever find someone “dumber” than she is “but she has”. And American journalist Rick Reilly once ­described the new US Open champion as “so dense light bends around him.”

Those quips may or may not be true or even truly substantive, but history tells us that Johnson, a man who finds hitting the ball vast distances an uncomplicated business, has sometimes made the ­overall game more complex than it needs to be.

Nowhere is that latter characteristic more true than in Johnson’s relationship with the four Major championships. That he arrived at Oakmont still without at least two grand-slam titles under his belt had long been one of the professional game’s bigger mysteries. Multiple times he had come close to victory – he has top-six finishes in all four Majors – only for something to go horribly wrong.

First there was the 2010 US Open at Pebble Beach. Three shots ahead after 54 holes, Johnson played the first five holes of the final round in six-over-par en route to a closing 82 and a tie for eighth place.

Two months later, Johnson had a putt on the 72nd green at Whistling Straits that should have been for victory in the USPGA Championship. Only it wasn’t. As he walked off the putting surface, ­Johnson was informed that the second shot that he thought he had hit from “a piece of dirt the crowd had trampled down”, was actually from a bunker.

Two-shot penalty. And no play-off with Bubba ­Watson and Martin Kaymer, the eventual winner.

In the 2011 Open Championship at Royal St George’s. Johnson was Darren Clarke’s nearest ­challenger with five holes to play on the last day. But only for a moment, a second shot hit wildly out of bounds to the right of the 14th hole put paid to any hopes that the American might have had of ­lifting the Claret Jug.

Then last year at Chambers Bay, ­Johnson’s agonising three-putt from close range on a 72nd green that resembled Ryvita more than grass handed the US Open trophy to Jordan Spieth.

Hang on though. There is also a gap in the Johnson record that requires ­explanation. In 2014 he missed the USPGA Championship and the Ryder Cup matches at Gleneagles. The official reason was what the PGA Tour ­euphemistically called “a leave of ­absence” to sort out “personal ­problems”. But the word on the street was that the former Walker Cup player’s ­disappearance was actually a suspension resulting from three failed drug tests, twice for cocaine, once for marijuana.

If true – and Johnson has never ­confirmed or denied the veracity of the rumours – it would not have been his first encounter with the wrong side of the law of the land. In 2009 Johnson was arrested and charged with DUI (driving under the influence) in his home town of Myrtle Beach.

“I made an error in judgment that I deeply regret,” he said at the time in a statement released by the PGA Tour. “I have let myself down and others who support me. I am handling the matter ­privately and, rest assured, I will ­definitely learn from my mistake.”

If he has, it is about time. Eight years before that unsavoury episode, a teenage Johnson was involved with four others in a burglary that involved the theft of a gun. According to appellate court ­documents, Johnson was persuaded to buy bullets for the gun by a friend’s ­menacing older brother.

Later that month the brother, Steve Gillian, was charged with murder after shooting the victim multiple times in the head. Due to Johnson’s connection to the crime, he had to pay restitution for the theft and agree to testify at the ­murder trial. Gillian is serving life without parole.

(In January 2009, the Probation, ­Pardon and Parole Services Board of South Carolina granted Johnson a full pardon in the case, according to the agency’s website.)

So not exactly your classic route to glory on the PGA Tour. Especially when further rumours of affairs with the spouses of at least two fellow players are also part of Johnson’s DNA.

Still, having said all that, it would be wrong not to give credit to a lad from the wrong side of the tracks who has clearly turned his life round. Guided by his ­redoubtable and highly respected agent, David Winkle of Cambric Sports ­Management, Johnson has clearly made a big effort to rehabilitate ­himself. Happily settled with Gretzky and the ­father of a young son, Tatum, it is hardly outlandish to expect ­further Major championship glory in the near future.

“I’ve got a great support system with Paulina, Tatum, my family and my team that’s around me,” he says. “So it’s been a great road. I’m ­definitely a stronger person coming out the other side.” 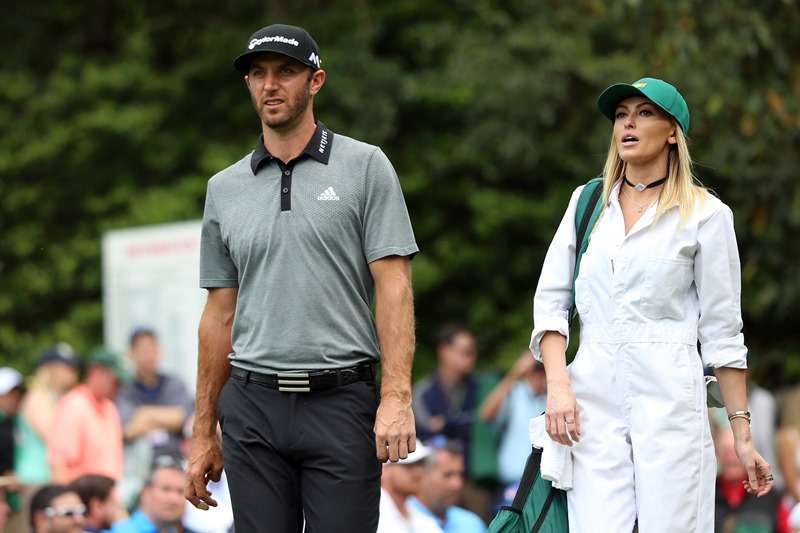 Johnson’s unquestioning nature was, ­perversely, one of his biggest ­assets during that tumultuous final round at Oakmont. Not many ­players – as Tiger Woods and Rory McIlroy attested – would have ­continued on from the 12th tee ­without actually knowing the score. But Johnson did. Not only that, he ­appeared to be just about the only player on the course unconcerned at the outcome of what was, in essence, the USGA accusing him of blatant ­dishonesty.

“I don’t even know what I was thinking,” he said. “I wasn’t even ­worried about it at that point. I was just trying to focus on the shot that I was about to hit. I’m not worried about that. I just told myself, we’ll worry about it when I get done.”

Johnson has always been able to play on regardless though. Back in 2010, one week after that possibly career-defining gaffe at Whistling Straits, he won the BMW Championship on the PGA Tour.

All of which should stop many of the questions regarding Johnson’s ­unorthodox technique. Working with swing coach Butch Harmon, he has largely eliminated a tendency to over-­rotate his hips on the backswing and dive his right shoulder into the ball on the downswing. These flaws, mixed with his distinctive bowed left wrist at the top and the resulting shut clubface, ­produced wild misses to the left and ­erratic distance control with short irons. He is still far from the best player on the planet with a wedge in his hands, but equally his improvement over the past few years has been huge.

That simple fact is confirmed by the consistency that is now part of Johnson’s game. Few players have a higher level of performance, as was illustrated by the fact that he arrived at Oakmont on the back of six top-ten finishes in his ­previous nine events. Add that to his ­experiences at the sharp end of multiple Major championships and he was, with the benefit of hindsight, ready to win.

“I’ve been in this situation time and time again,” he said.

“So I knew what to expect. I knew how to handle myself. For me to finally get it done on Sunday in a Major is a huge monkey off my back. It’s fantastic, and it feels really good. I’ve worked so hard to get here. I’ve put ­myself in this position many times, and to get it done is definitely sweet.”