Q School: The top young talents making the next step

Posted on 26th September 2016 by Adam Ellis in Features, In the Golf Paper | 0 Comments 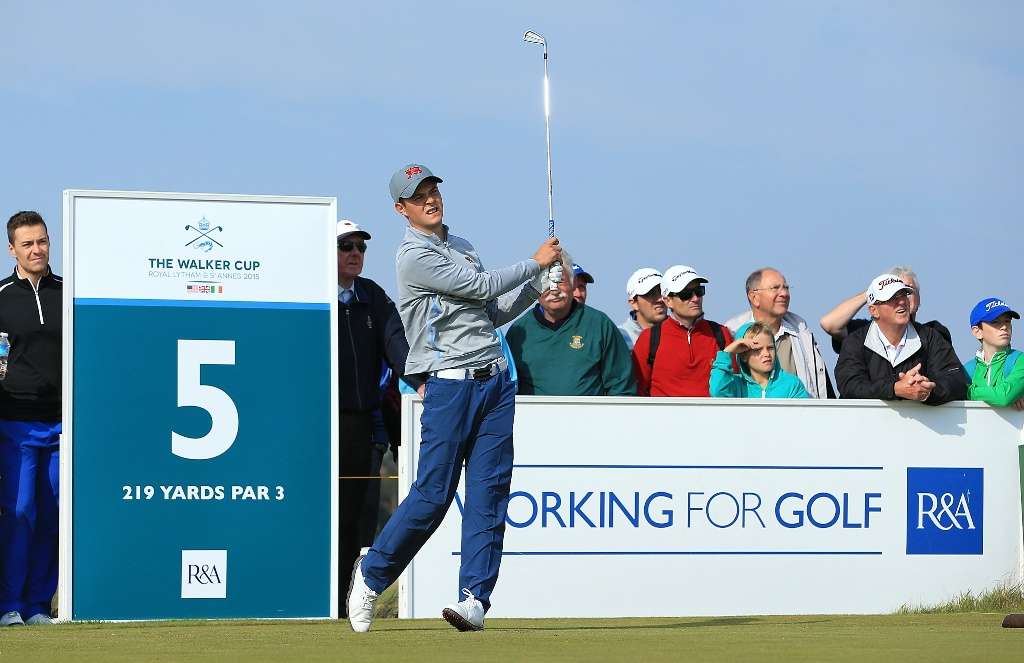 Up and running: Former Walker Cup star Jack McDonald has progressed from the first stage of qualifying school (photo by Getty Images)

Annual exam time is fast approaching for young golf professionals who think they have learned enough about how to play the game to graduate and go out on tour at the highest level and earn their money.

The first of three stages of the European Tour’s tough qualifying school was played last week at the Roxburghe Hotel at Kelso in Scotland.

But every member of the top 25 in the field that will now progress to the second stage early in November knows they have only just passed the equivalent of golf’s 11-plus exam.

And as Kilmarnock’s Jack McDonald, who finished just on the right side of the cut line after rounds of 70,73,72, 72, acknowledged, now getting his A-levels and degree will only be achieved by playing golf of the highest quality.

“There are a lot of good young players around,” he said. “And all of them can play good golf on their day and beat anyone. Now it is just a question over the next two stages of playing your best golf at the right time.”

McDonald, a former Walker Cup player, is a member of The Class of 16 set up by top tour manager Andrew ‘Chubby’ Chandler to educate potential golfing stars in the future.

But the story behind the 23-year-old getting through the first stage of Q School is probably unique given a serious injury he suffered in early May, barely a month after he signed up as a professional golfer.

While making his first appearance of the season in The Turkish Airlines Open on the second tier European Challenge Tour, he developed a serious injury on his way to shooting 74, 70 and missing the cut.

“I started to feel this pain in my wrist and it just seemed to get worse and worse. It turned out to be a build up of fluid in the joint between the arm and the wrist, and as time went on the pain started to spread up my arm as well.

“I don’t know what caused it but I think it was just the hardness of the ground at that time of the year in Turkey and the impact of my hitting the ball and also doing a lot of practice off hard mats on the range.

“I got put on steroids which took away some of the pain but there I was just a month after turning pro not being able to play golf – all I could do was putt and hit a few chips but nothing more than that.

“And that went on for three to three-and-a-half months. It was so difficult being so inactive when all I wanted to do was play golf.”

Attending regular Class of 16 meetings to discover other aspects of building a successful professional career did keep McDonald in touch with the game of golf but it was only this month that he got back into action, playing some events of the EuroPro Tour.

But now having reached the second stage of Q School, he can feel the same hunger for success that he experienced as an amateur helping Scotland win the European Team Championships.

“I can see the light at the end of the tunnel,” he said.

Of the other Class of 16 members, the youngest, Haydn McCullen, 20, is currently 25th in the EuroPro Tour’s Race to Desert Springs and has had three top-10 finishes in his last four events.

He plays at Moor Allerton this week and will then go through to his first stage of European Tour Qualifying School at Frilford Heath at the start of next month.

Garrick Porteous is currently 52nd in the Challenge Tour rankings. He’ll head to the Kazakhstan Open next week and hope for a big finish to the season.

And Billy Spooner has found some good form in recent weeks, contending strongly at the Cobra Golf Puma Championship and the Glenfarclas Open on the EuroPro Tour. But he is still only 88th in the Race to Desert Springs standings.

He needs to break into the top 60 at Moor Allerton to qualify for the final tournament of the year in Almeria next month.