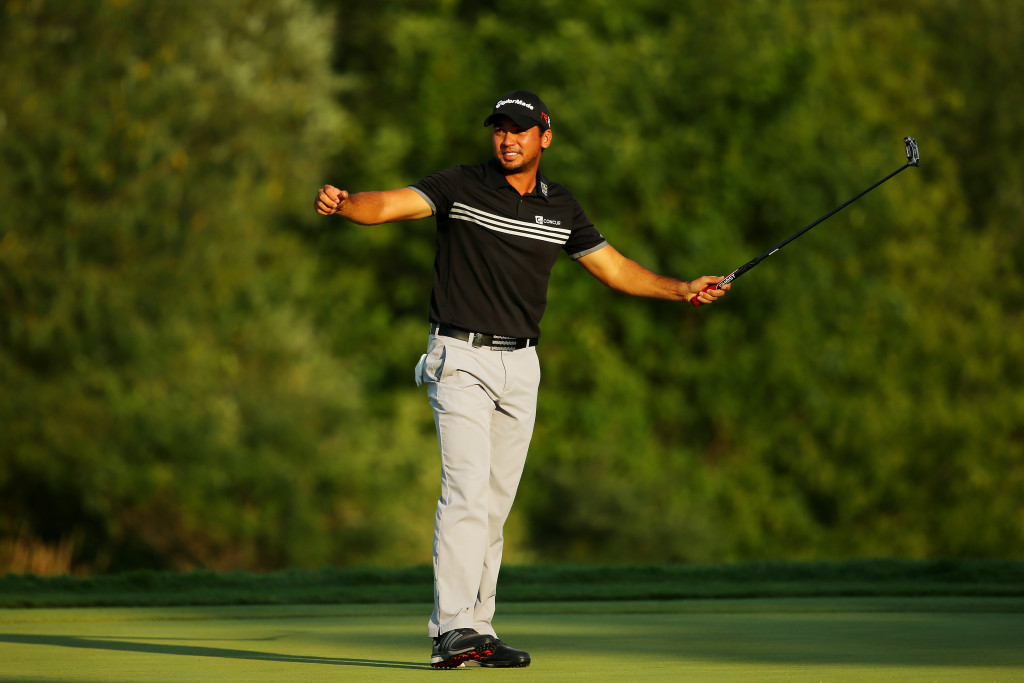 Jason Day has the chance to make history in round one of the BMW Championship after closing in on carding a magical 59.

The Australian mixed nine birdies and one eagle with a solitary bogey to reach 10-under par after 17 holes of the FedEx Cup play-off’s penultimate event.

He drove his ball into the rough on the ninth (his 18th) when the horn sounded to end the day’s play early due to the threat of lighting at Lake Forest in Illinois.

A chip in at his final hole would see the world number three record a 59, but even a birdie would mean a 60 and a sizeable lead at the top of the leaderboard.

Having already won The Barclays and finished in a share of 12th at the Deutsche Bank Championship, he is in pole position to claim yet another title and is, without question, the best golfer in the world on current form.

And the 27-year-old admitted that it does not get much better than the way he played on Thursday.

“I feel like this is one of the best rounds I’ve ever played, especially with how the wind is,” he said. “Just the way I’m playing, hitting the greens and putting and just how everything is kind of going, hitting it long and straight – it’s a good thing for success out there.”

Daniel Berger is his closest challenger after signing for a six-under-par 65, while Brendon Todd completed 18 holes to sit on -5.

Jordan Spieth also reached that mark after 17 holes, which included a hole-in-one at the second.

Kevin Chappell and Justin Thomas are also on five-under par after playing 16 and 13 holes respectively, and the duo will have a chance to improve on that when they return to complete their rounds on Friday.

World number one Rory McIlroy reached three-under par and will have a further six holes to try to better that score when he returns on Friday, while Paul Casey sits on -2 after 13 and Justin Rose has one hole to play to improve on his one-under-par score.