Burma Road has been the scene of many great battles 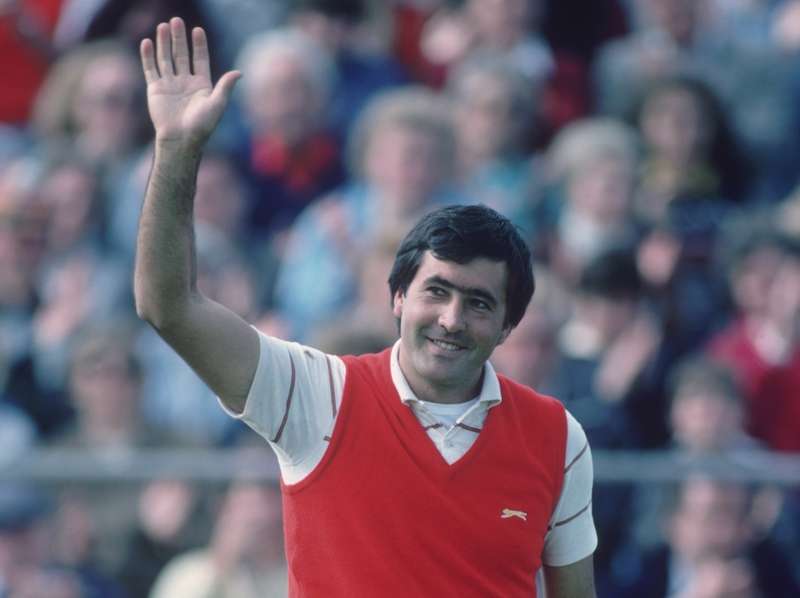 In at least one way, Wentworth’s West Course is the United Kingdom’s equivalent of Augusta National in the United States. On television every year since the first World Match Play Championship in 1964 and host to the PGA Championship since 1984, the famous ‘Burma Road’ is the course most familiar to Britain’s golfers.

Over the years, any number of unforgettable events starring the game’s greatest players have taken place at Wentworth. The 1953 Ryder Cup brought together the best from both sides of the Atlantic. Ben Hogan and Sam Snead represented their country in the 1955 Canada (now World) Cup.

The swinging 60s introduced the so-called  ‘Big Three  –  Arnold Palmer, Jack Nicklaus and Gary Player – to London audiences. And since then, the list of those competing in the World Match Play and PGA reads like a who’s-who of golfing celebrity. They’ve all played at Wentworth.

Here are six of the most memorable matches and moments:

Standing on the 34th tee of their 36-hole match, Alliss was one-up on his opponent. Perhaps more significantly, it was here that the then 22-year-old was told his point would ensure at least an overall tie and likely win the Ryder Cup for Great Britain & Ireland.

One hole later, the pair were all square, Alliss having been unable to match Turnesa’s scrambling par. But worse was to follow. Pulling his tee-shot, Alliss drove out-of-bounds off the penultimate tee – by a yard – and lost the hole to another par.

One down, Alliss looked to be in position to at least have the consolation of winning the 18th with Turnesa not on the putting surface after three shots on the par-5 and the young Englishman  just short in two. He then fluffed his chip, before hitting his next to just over two-feet from the cup.

After Turnesa holed out in six, Alliss had only to make his short putt to halve the match. But he missed. And, as things turned out, GB&I lost the biennial contest by that one agonising point.

“I made an awful bodge of it,” said Alliss years later. “I’ve had to live my whole life with the guilt of messing up that chip.”

Only twice in his storied career did Ben Hogan play competitive golf in the British Isles. And both times he won. Getting better every day – 73-71-70-68 – the grim-faced Texan made off with The 1953 Open Championship at Carnoustie. And three years later he returned to Britain with his long-time rival and this-time partner, Sam Snead.

At least for Hogan, things went just as well at tree-lined Wentworth as they had at the barren, bleak and desolate links of Carnoustie. Not only did the US claim the Canada Cup for the second year in succession from runners-up South Africa, “The Hawk” took the individual prize with a score of 277.

In this legendary semi-final match between the reigning US Open champion (Player) and the previous year’s Open champion (Lema), all at first appeared to be going the way of the latter. All square after 11-holes of the morning round, the San Francisco-native won seven of the next eight and looked to be heading for the next day’s final.

Player thought otherwise however. After making a long putt to win the 20th hole, the diminutive South African claimed three of the next nine holes to reduce his deficit to three. Two holes later the margin was down to two. And with two holes to play in regulation, Lema’s lead was only one.

With all the momentum running in his favour, Player won the 36th to take the match into extra holes, the first of which he took with a birdie. Amazingly, he had won. “I was drenched in adrenaline,” explained Player. One day later, Player beat Peter Thomson 3&2 in the final. But no one remembers that one.

This was a pair with some history. Just three months before at Muirfield, Trevino had beaten Jacklin in the cruellest manner possible to retain The Open Championship title. Then, level with two holes to play and with his opponent over the back of the par-5 17th in four shots, Jacklin was a few yards short of the putting surface in two. But when he pitched weakly, Trevino chipped-in for the unlikeliest of pars, whereupon Jacklin three-putted to fall behind.

So this was the Englishman’s chance for revenge. On Wentworth’s first tee Jacklin turned to Trevino – a notorious chatterbox on the course – and told him he “didn’t want to talk”.

The match more than lived up to its billing. It was an epic encounter. Four down at lunch, Jacklin was round in 63 in the afternoon – and still lost out to one last birdie from Trevino on the final hole. 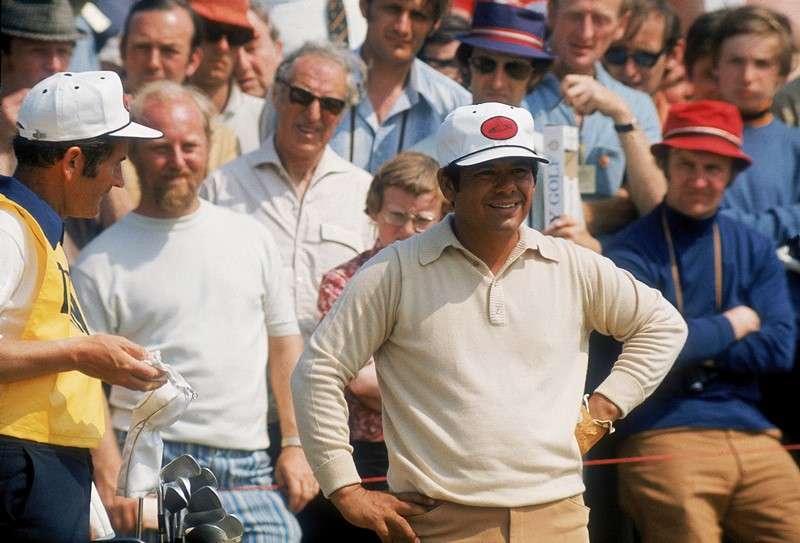 Seemingly well past his best and up against one of the world’s premier players in Ballesteros, not many observers gave Palmer much of a chance in this first round match. That reckoning, however, did not take into account the American’s fighting qualities.

Two-up on the 17th tee, Palmer – who hadn’t won on the PGA Tour in more than a decade – looked like he was going to pull off a huge shock by defeating the then-Masters champion. But it wasn’t to be. Rising as only he could to the occasion, Ballesteros took the par-5 penultimate hole with a birdie. He then did the same at the 18th, holing a 50-yard pitch for an audacious eagle with an exquisite running shot from rough. As the ball disappeared into the cup, even Palmer had to offer a (rueful) smile at the short game  genius of the great Spaniard. It still wasn’t over, though. Not until the third extra hole did Palmer eventually succumb to the late, great Seve.

This was the final everyone wanted to see. The “Player of the Year” (O’Meara) up against the best player on the planet (Woods). Regular playing partners at home in Orlando, the pair knew each other’s games like no others could.

But, as Woods was quick to point out, that didn’t stop them from each wanting to win, “really, really badly”.

Early on, Woods was by far the better player.

Three-up at lunch on the reigning Masters and Open champion, the younger man (by 19 years) stretched that advantage to four before O’Meara fought back.

Not surprisingly, it went all the way to the 36th green, where the older man holed from 15-feet for the win.

“For me to beat a phenomenal player like Tiger Woods is a tremendous honour,” said a modest O’Meara.

“He’s got more talent, power and imagination but maybe I have more wisdom and patience.”

*This article was originally published in TGP on 25 May 2016.