Posted on 22nd July 2016 by Adam Ellis in Featured, Features, In the Golf Paper | 0 Comments 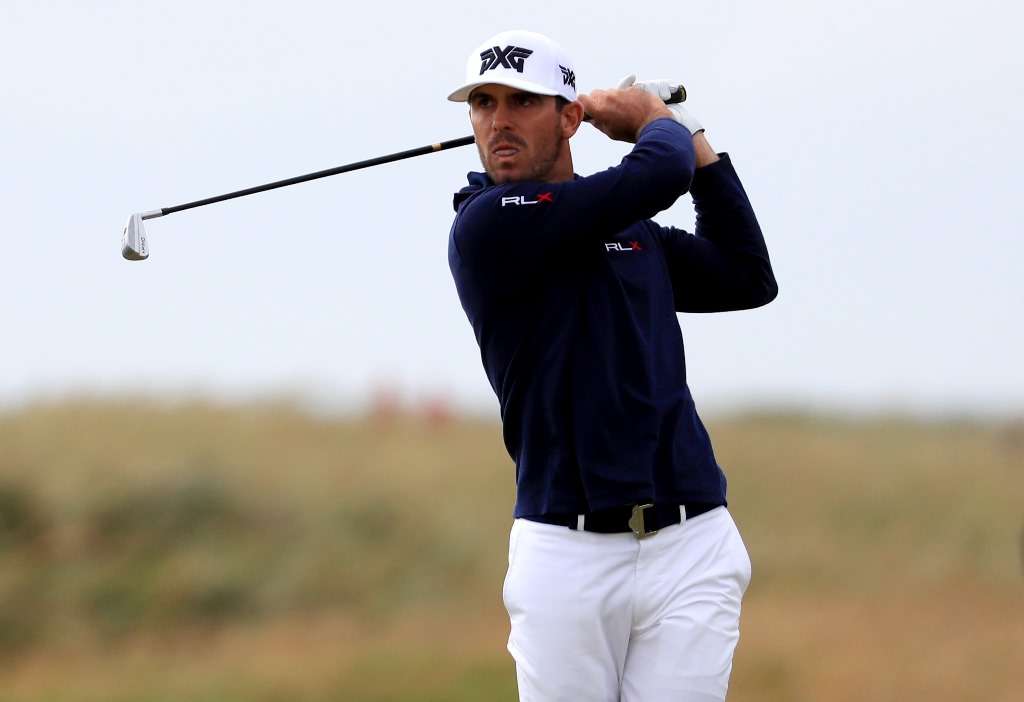 Appreciative: Billy Horschel missed the cut but learnt what links golf is all about (photo by Getty Images)

Breaking news: the weather in Scotland can at times be a little less than pleasant. On some occasions it might even be described as ‘rough’, ‘wild’, ‘challenging’, or, heaven forbid, ‘brutal’.

So it was on the second day of the 145th Open Championship at Royal Troon. Well, the second half of the second day at least. Just about the time the likes of Justin Rose, Jordan Spieth, Rickie Fowler, Jason Day and Rory McIlroy were out and about on the

Ayrshire links. In golfing parlance, all of the above were unfortunate enough to get the ‘wrong end’ of the draw. Of the 26 players under par after 36-holes, only four were part of Friday’s afternoon wave.

The post-round reactions to the challenging conditions were at once interesting and illuminating and informative. Surprising, too, if one subscribes unthinkingly to the public images of players created by certain sections of the golf media.

For example, where the 22-year-old Spieth’s view of his second round 75 was filled with self-deprecating humour, educated analysis and honesty as to how he had performed, Rose’s interview was a mixture of self-pity and barely-concealed resentment at the incredibly unfair treatment meted out to him by the clearly malicious golfing gods.

“I just tried to smile,” said the young Texan, who made the halfway cut ‘on the number.’ “I tried to enjoy the fact that I don’t get to play in this too often. You wish your score didn’t matter when you play in this. You wish this was just a round with your buddies where you go into the clubhouse and have one or seven pints afterwards. But we had to post a score today. I was really pleased I was able to play the last six holes in even par, which was really good in the conditions we had.”

In other words, Spieth ‘gets’ that golf is a game played outdoors and so is only rarely going to be played in conditions that do not ask the odd difficult question of the participants. Sadly, the same cannot be said for Rose in the wake of a second round 77 that ended with a double-bogey six on the last hole. Affecting the brooding air of a recently bereaved relative, the 35-year-old Englishman was a combination of a tortured Heathcliff wandering the moors and the bereft Ryan O’Neal at the end of Love Story.

“I played well,” claimed the South African-born former US Open champion. “I felt I hit it well and did the best I could. It’s just frustrating. It was ridiculous. You know when you see no one from this side of the draw popping up (on the leader board) it’s just frustrating. That’s really about it. Great players (meaning himself) doing their best to make the cut kind of tells you it was tough out there. But that was the goal I suppose.

“I just didn’t feel like there was any relief from that goal because you kind of knew there was no real run of birdie holes where you could make some inroads. It was just grinding it into the house.”

Happily, Rose’s level of resentment was in complete contrast to the attitude conveyed by McIlroy. On two under par, the Irishman had performed better than anyone lumbered with a late Friday tee-time (tied with Ben An and Patrick Reed) but was eight shots behind the leader, Phil Mickelson. Despite that, he was able to keep things in a perspective apparently lost on Rose.

“It’s the Open Championship,” he said. “Some draws go your way and some don’t. In the last Open I played (at Holyoke in 2014), I got the good end of the draw and good things happened. So I’m not going to let being on the wrong side ruin my mood or ruin my week. I feel like I’ve played very well and that only gives me optimism going into the weekend.”

As far as making the draw ‘fairer’, McIlroy was equally dismissive of any need for change.

“It’s the Open Championship,” he repeated. “It has traditions. And I respect that.” Fowler too, was philosophical.

“It’s pretty clear which side of the draw was better for scoring,” said the 27-year-old Californian. “But that’s the Open. I’m not going to complain about it. I’ve been on the good side. I’ve been on the bad side. At Royal St. George’s in 2011 I was on the tough side and ended up finishing fifth. It’s rewarding when you do that after being stuck behind the eight-ball.”

Part of Rose’s problem – and he is far from alone in his point-missing – is that today’s golfing elite spend the vast majority of their time on America’s PGA Tour.

There, they learn and try to master a very narrow form of golf in which difficult questions are asked every week. Which is fine. But it is the same hard questions almost every week. And the same conditions on courses where, too often, the greens are the same speed, the rough the same length and the fairways the same width. Taken outside that cozy comfort zone, some, like Rose, can only bemoan their poor fortune and metaphorically howl at the moon. Others embrace the challenge and grow as people and golfers as a result, no matter how well or badly they play.

Take Billy Horschel. The American missed the cut at Troon, shooting 67-85 over the first two days.

But afterwards there was no pouting or screaming or sighing. Instead, via Twitter, the former Fed-Ex Cup champion conveyed his obvious respect for the game that has made him a wealthy man.

“Well, I saw all that Scotland and Royal Troon had to offer,” he said. “Sucks to miss the cut @The Open. Troon is an awesome links course.”

It sounds like Horschel learned something from his experience. Let’s hope, after some sober reflection, Justin Rose can come to the same conclusion.