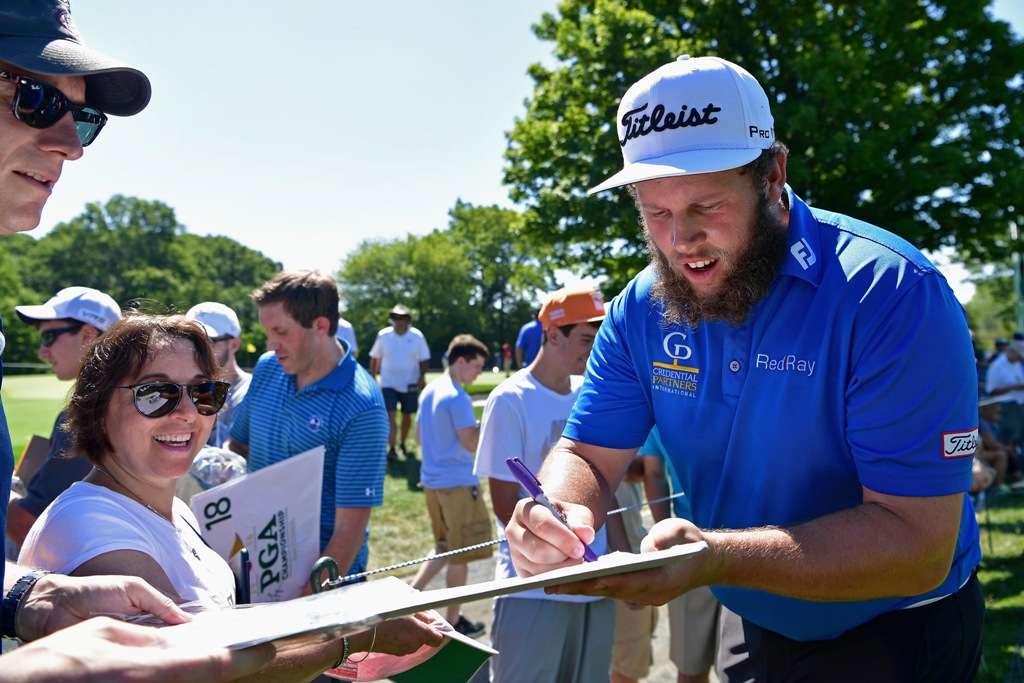 Andrew Johnston is looking forward to trying his luck in America and intends to keep his famous beard for the foreseeable future.

The 27-year-old earned his 2017 PGA Tour card with a fourth-place finish at the Albersons Boise Open on the Web.com Tour.

He had been playing on the European Tour with the odd appearance stateside but will now play exclusively in the US until the spring.

“I’m going to play the first few months in the States,” he told BBC 5 Live. “I haven’t played much over there so I want to go over and experience, see what it’s like try and get a feel for it and then come back.

“My first tournament in Europe I think will be Wentworth [at the BMW PGA Championship].”

The Londoner has become a cult figure on golf courses around the world, with his portly shape and shaggy beard, and the popular player revealed negative press about his facial hair actually caused him to stick with it.

“It was one of them things I grew out as a bit of fun,” he added. “A while back I hadn’t shaved it for a while and it was a bit long and a few of my friends on tour made some passing comments.

“I said I’m gonna grow it out over Christmas, come back and its gonna be bigger and we’ll have a laugh about it and then it was big and when I won Spain I was actually gonna get rid of it that week.

“After that I had quite a few messages like your beard is bad for golf. I was like I’ll keep it now.”