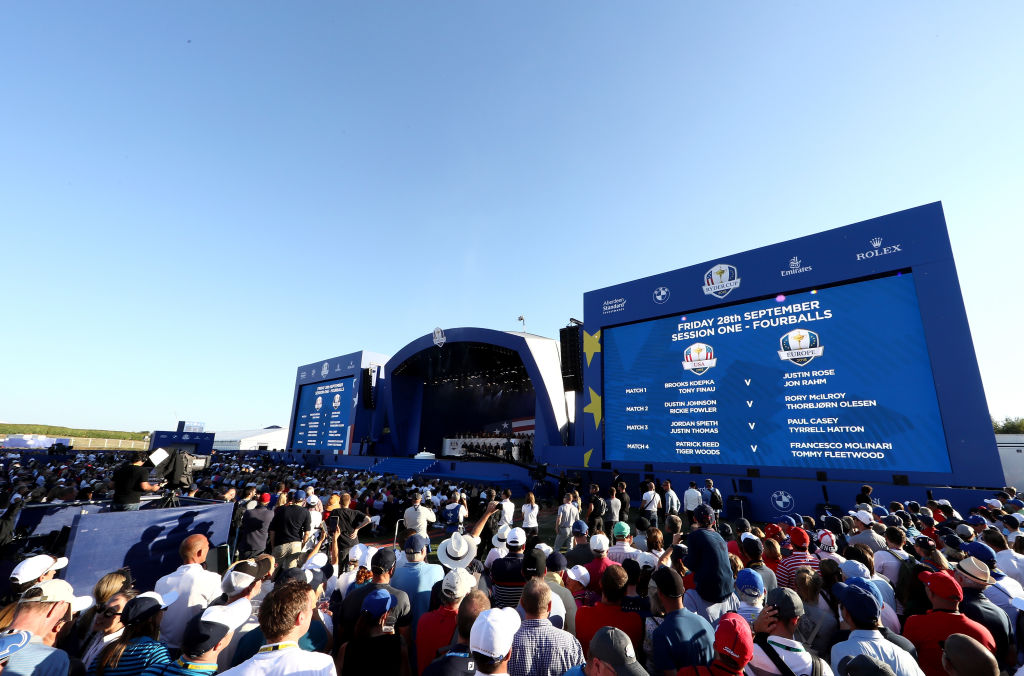 PARIS, FRANCE – SEPTEMBER 27: A general view during the opening ceremony for the 2018 Ryder Cup at Le Golf National on September 27, 2018 in Paris, France. (Photo by Jamie Squire/Getty Images)

On the eve of the Ryder Cup, captains Thomas Bjorn and Jim Furyk have named the men that will feature in the opening fourballs.

Match One will feature Brooks Koepka and Tony Finau against Justin Rose and Jon Rahm and tee off at 8.10am local time (7.10 BST), with the following matches coming at regular 15-minute intervals.

Match Three sees Jordan Spieth and Justin Thomas against Paul Casey and Tyrrell Hatton, while the returning Tiger Woods is up in Match Four with the spikey Patrick Reed against Open champion Francesco Molinari and Tommy Fleetwood.

Europe captain Bjorn said: “It is amazing. A golf career is so long and this is a moment that you have to treasure.

“It has been a fantastic experience for the last 20 months and the next three days are going to be unbelievable.”