Chris Wood column: We can’t be wrapped up in cotton wool 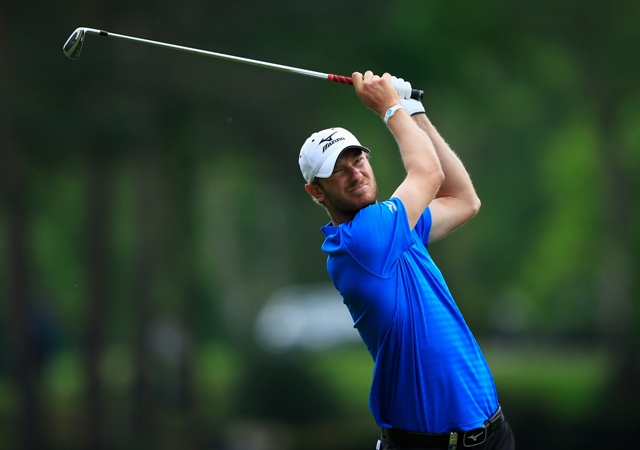 The European Tour pro takes a stand against those criticising McIlroy, who’s been ruled out of The Open at St Andrews (Photo by Gettyimages)

The word ‘goal’ figures in several different aspects of my thinking up here on the East Lothian coast, as I prepare for tomorrow’s first round of the Scottish Open at Gullane.

Firstly, I would love to win the last event on the schedule before The Open, because it is one of Europe’s most prestigious events. And secondly, if I can get into the top ten on Sunday night, I should be able to clinch one of the last three remaining tickets available to non-exempt players to take part in next week’s Open at St Andrew’s.

However, the word ‘goal’ also figures more prominently in another sport and on Monday the sad news filtered through that a part-time footballer would not be part of the starting line-up here, and most probably be absent from next week’s as well.

It was a shock to hear that while having a kick around with some of his old school chums, Rory McIlroy had torn a ligament in his left heel with The Open and the last Major of the year, the USPGA, both to be played in the next month.

There will be fans on both sides of the Atlantic who had been looking forward to seeing him try to defend the two big titles he won back-to-back in 2014. And as a would-be part-time tennis player I can empathise with what Rory will now be going through.

Of course people will be on his back about why he is playing football, but we can’t be wrapped up in cotton wool on our weeks off; we can’t golf 24/7.

We need our downtime. I would love to have a kickabout with my friends, but I’m far more injury prone than Rory.

After having a tennis lesson last December, I fell awkwardly and broke a bone in my left wrist, which forced me to miss the first three months of the current Race to Dubai. For Rory’s sake I hope his recovery time proves to be as quick as mine.

While he may wonder whether Jordan Spieth will overtake him in the world rankings, I had the fear while sitting at home that missing so many tournaments could affect my Race to Dubai rankings. And with my Tour exemption for winning the Qatar Masters in 2013 running out at the end of the year, I would be so far behind my rivals in the money list that Q school would loom for me in November.

Thankfully, that has not been the case. Finishing tied for third place in Morocco put a good early cheque in the bank, and more recently finishing fourth in the BMW at Wentworth and pulling off my second career win in the Lyoness Open in Austria now sees me lying 24th in the money list.

Yes, there was a blip last week at the French Open, where I missed the cut. But I was only three-over-par for 36 holes, and the 72 I made last Friday included penalties for dumping two balls in the water.

I have to say I wasn’t quite mentally at the races in Versailles, but I have travelled to Scotland feeling that my mind is back in good shape and that’s where my golf is as well.

I have never played at Gullane before this week, but recently my caddie came up and walked the course, and after a practice round yesterday and today’s Pro-Am we will have gathered enough knowledge to take it on.

That’s likely to be the same for a lot of other players in the field, but I doubt whether there will be as many of them as happy as I will be playing traditional links-style golf, because I love it.

With the ball running so far there is not so much dependence on the driver, which has never been my greatest strength, so for The Open at Hoylake last year I put a one-iron in the bag and finished 23rd.

I have also brought a two-iron with me this week – and with it I can hit the ball 280 yards at little more than head height, so who needs a driver. I have also got a couple of different wedges, which I use on links courses.

And the different tactics that I employ up here have served me well since my Open debut at Royal Birkdale, where I was proud to receive the Silver Medal as the leading amateur having finished tied for fifth place.

One thing I look forward to every time I come and play here north of the border is the big crowds behind the ropes lining the fairways, though some of the youngsters may wonder what I am doing with a two-iron in my hands, as no one else uses one these days.

Generally, however, we all feel that the Scots watching us here are the most knowledgeable golf fans in the world, but I do sometimes wonder whether the professional game would have a more entertaining atmosphere if the fans were a bit more lively.

I don’t think any of us wants to see a repeat of what happened to Justin Rose recently on the US Tour at Muirfield Village, when a fan shouted at him in the middle of his backswing while he was playing a bunker shot.

But at the same time, I think finding a happy and acceptable medium between the shouting and hollering of American golf fans and the polite applause of fans over here wouldn’t go amiss.

*This article was originally published in TGP on 8 July 2015