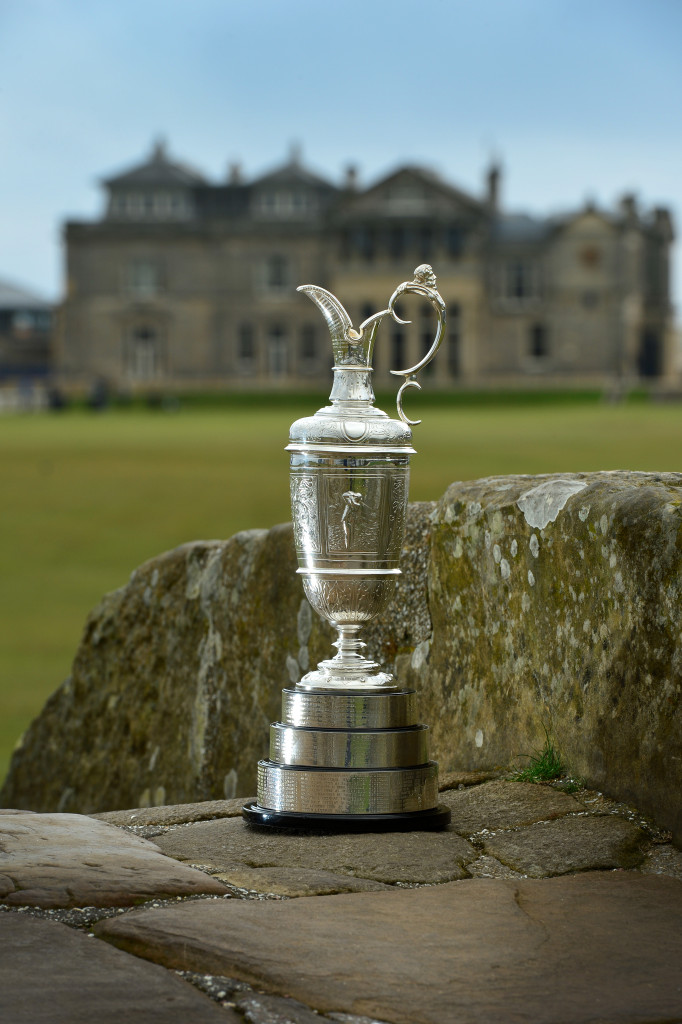 With rain forecast, the Open winner will have an even firmer grip on the Claret Jug this evening (Photo by Mark Runnacles/Getty Images)

Louis Oosthuizen, Jason Day and amateur Paul Dunne share the lead going into the final round of the Open Championship at St Andrews.

On a low scoring day at the Old Course, both Oosthuizen and Day fired 67s to reach 12-under but it will be Dunne who quite rightly gets the headlines following a magnificent 66.

The Irishman fired six birdies and no bogeys in probably the round of his life at the Old Course to give him a chance of becoming the first amateur to lift the Claret Jug since Bobby Jones in 1930.

Jordan Spieth fired a 66 to reach 11-under to finish one off the pace and keep his dreams of a calendar grand slam alive, while Padraig Harrington is a further shot back on 10-under.

Earlier in the day, Australian Marc Leishman had carded a 64 to surge up the leaderboard and is part of a group of nine players three back on nine-under, which also includes Sergio Garcia, Adam Scott and Justin Rose.

It was a difficult day for overnight leader Dustin Johnson though as he failed to find his rhythm and three closing bogeys compounded his misery as he had to settle for a 75.