Posted on 1st September 2015 by Adam Ellis in Golf news, In the Golf Paper | 0 Comments 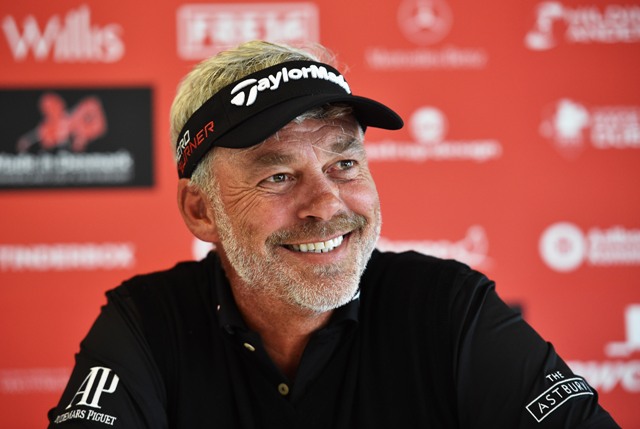 Darren Clarke is going to be handed an early bonus in his campaign to plot Europe’s Ryder Cup defence against the Americans at Hazeltine in a year’s time.

Europe’s captain will be able to run the rule over the match-play toughness of the potential rookies in his team.

The Golf Paper has learned that in the as yet unpublished Tour schedule for 2016 there are plans for a European team to take on an Asian Tour side in a Ryder Cup dress rehearsal in January.

It will be a repeat of the inaugural EurAsia Cup held in Malaysia in March 2014 which Paul McGinley found more than helpful in his preparations for the Ryder Cup at Gleneagles later that year.

That match at the Glenmarie G&CC in Kuala Lumpur ended in a 10-10 draw and involved Wales’ Jamie Donaldson, Frenchman Victor Dubuisson and Scot Stephen Gallacher – all of whom made their Ryder Cup debuts six months later.

McGinley also had an opportunity to see his potential team members in a Seve Trophy match between Great Britain and continental Europe in Versailles.

But Clarke never got that chance because the French Golf Authorities and their TV partners Canal+ could not find the cash for a Seve Trophy this year.

However, the decision to hold a second EurAsia Cup challenge and probably a third in Europe in 2018 has been taken as part of the negotiations which are expected to see the European and Asian Tours merge into a new global golfing force within the next six months.

In the build-up to him taking over as the European Tour’s new chief executive, Canadian Keith Pelley began talks with Asian Tour leaders during The Open at St Andrews.

And the two Tours went public with their negotiations last Friday when Pelley invited the golfing media to join him in a conference call.

No details of how the new operation might work have been made public since Pelley insists that in the weeks ahead he will be talking to and seeking the advice of the professional players who own the European Tour as a cooperative.

But confirmation of the plan was provided in a statement by Mike Kerr, CEO of the Asian Tour, who said: “We are very pleased to announce the consolidation of our partnership with the European Tour which will greatly enhance the landscape of professional golf around the world, and particularly in Asia.

“This will benefit both memberships in creating greater playing and earning opportunities while also establishing a defined career pathway for all players.

“By combining strength with strength, we will ensure that professional golf in Asia will continue to enjoy sustained growth, plus deliver a stronger platform for our members to excel.

“This initiative will  create an inimitable platform that will enhance our appeal to sponsors, partners and golf fans around the world.”

*This article was originally published in TGP on 26 August 2015