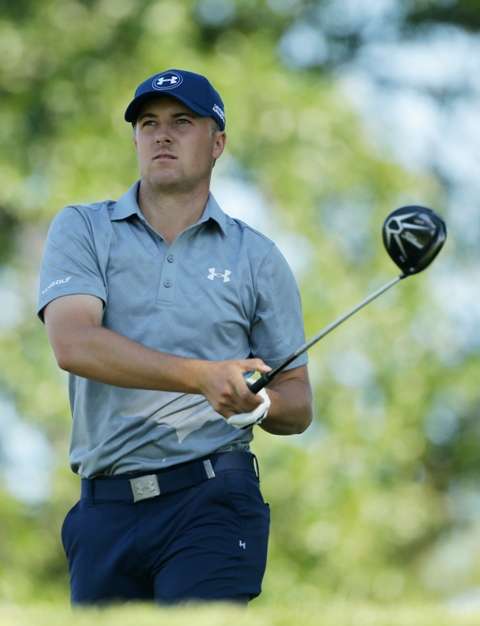 Spieth ditches the new for the old (Photo by Getty Images)

Jordan Spieth has revealed he has gone back to his old irons after enduring a difficult time with a new set at The Barclays tournament.

The American made the slightly strange decision to change his equipment for the first of four FedEx Cup events after enjoying his best year to date, where he most notably won the Masters and the US Open.

The 22-year-old also won the Valspar Championship, John Deere Classic and finished joint-second in The Open before taking the same position outright in the US PGA to move to world number one.

However, the Texan opted to upgrade his irons for the recent Barclays event and this massively backfired as he missed the cut after two disappointing rounds.

To make matters worse, the two-time major winner was demoted to number two in the world and lost his place at the top of the FedEx Cup standings to in-form Jason Day, who has won three of his last four events.

Spieth has now decided to revert back to his old set but has revealed he will persist with the new irons after the conclusion of the Presidents Cup.

He said: “My old irons, I switched back to this week, they’re not beat up enough to affect it negatively. I figured I’ll go with what I have this year, until after the Presidents Cup, and then I’ll find the right fit.”