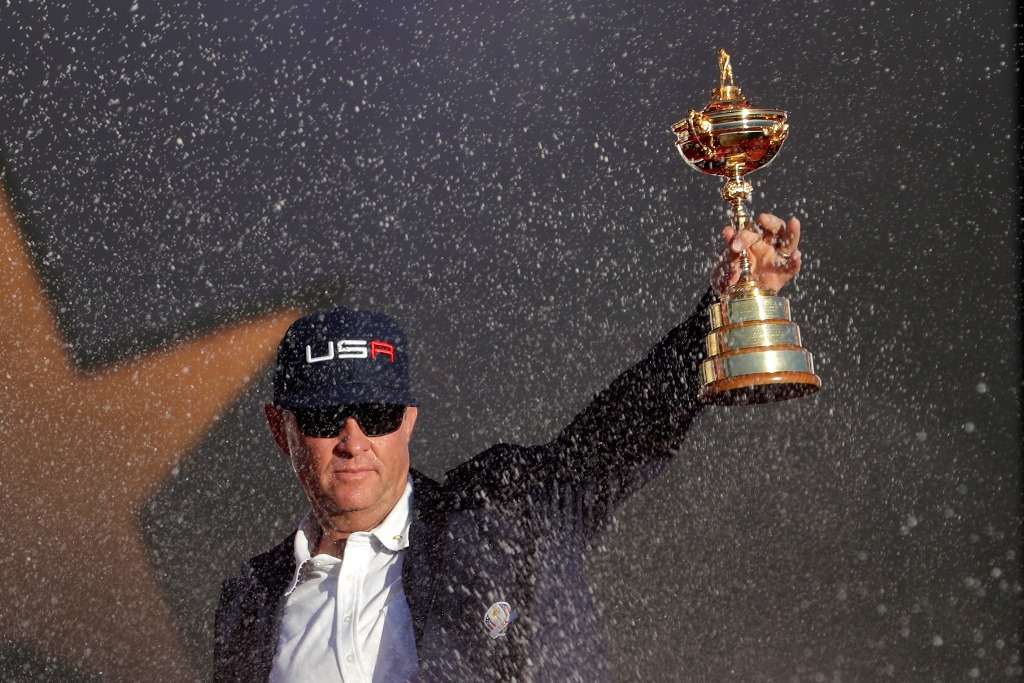 Captain Davis Love III has revealed his delight after the USA ended their wait for Ryder Cup success with a 17-11 win over Europe.

The Americans had not tasted success in the competition since 2008 but the hosts took no prisoners with a fine performance to claim the prestigious trophy in Minnesota.

Europe looked at one stage that they could possibly repeat their heroics from Medinah when they led in seven of the 12 singles matches on Sunday.

However the hosts started to sink their putts and Patrick Reed’s win against Rory McIlroy set the tone and the US managed to win seven points on the final day.

Love was delighted with the victory on home soil and believes his side fully deserved to get the plaudits for their efforts.

He told Sky Sports: “We have been criticised for eight or 10 years for not coming together. We have been kicked around for so long. You keep losing and you feel like you have to do something different. We all said we are going to do whatever it takes.”

Meanwhile Europe skipper Darren Clarke was proud of his players and was adamant he had no regrets about his wildcard picks or tactics at Hazeltine.

He told BBC Radio 5 live: “I wouldn’t have changed anything. I have spoken about this already to my vice-captains and we were confident. Hindsight is a wonderful thing but even with that we wouldn’t have made any changes.”