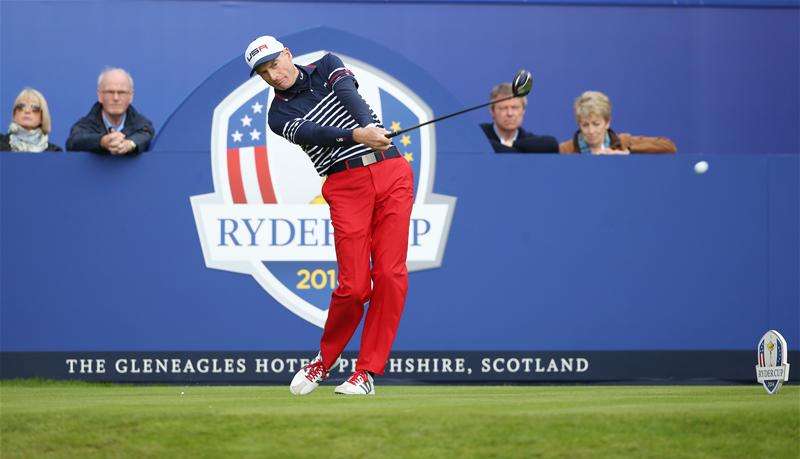 Jim Furyk has been installed as the favourite to succeed Davis Love III and be named the next USA Ryder Cup captain.

Love masterminded a superb American display at Hazeltine last year to end Europe’s domination of the biennial event with a 17-11 triumph over Darren Clarke’s men.

Having lost three in a row, the US opted to set up a task force and got most things right as they blew their opponents away throughout the three days of competition.

Europe have already named Denmark’s Thomas Bjorn as Clarke’s successor and now all eyes will turn stateside to see who he will face in Paris next year.

Furyk will be 48 by the time they event comes around, and is known to have the respect and admiration of his peers across the pond.

He is well-liked and a popular player with the fans and would seem perfect for the job.

Other names in the frame include Love again – but the fact he’s done it twice already would make that seem unlikely – while Tiger Woods has been mentioned, although the former world number one would still like to play rather than take the skipper’s role.

Furyk will be hoping not to fall at the final hurdle in his quest to become Ryder Cup captain. Make sure you don’t fall either, by remembering the upcoming Cheltenham Festival. If you fancy getting involved, have a go at betting on Cheltenham