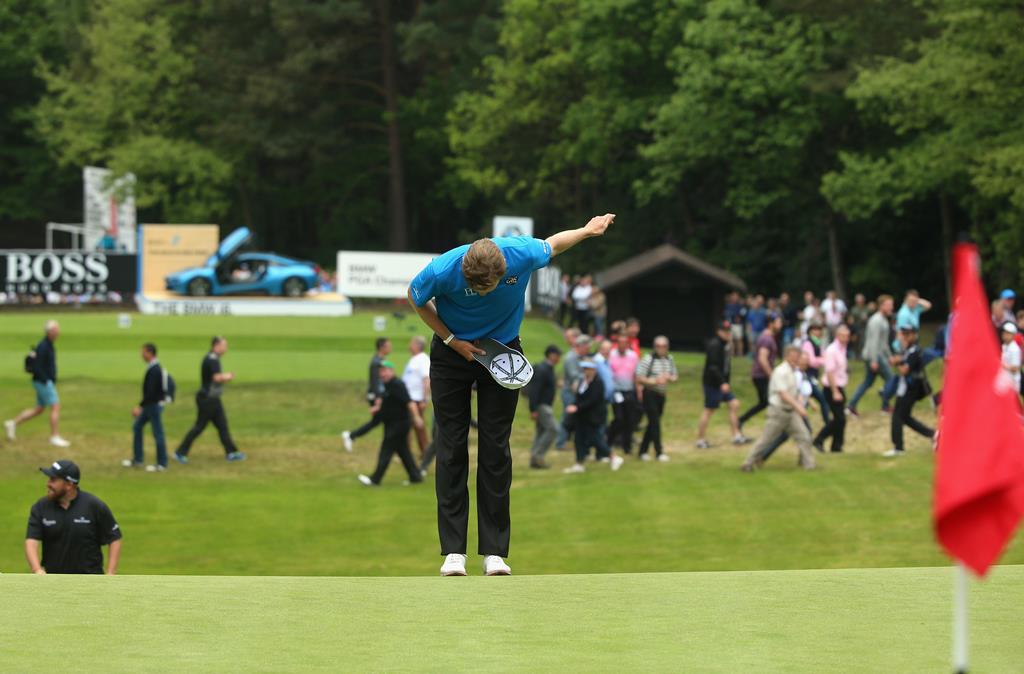 Chris Wood says players won’t have cause to moan about the “absolutely perfect” Wentworth greens for this month’s BMW PGA Championship.

Luke Donald and Justin Rose were among those to criticise the state of the putting surfaces in 2015, with Donald suggesting they needed digging up for the second time in six years.

The two-time winner got his wish when all 18 greens were stripped of their old turf and reseeded with a new type of grass just days after Wood’s victory last year.

A sub-air system, similar to the one used at Augusta National, was installed under all 18 greens and a number of bunkers were either redesigned or removed.

Defending champion Wood, who played the course on Thursday, said: “My first impression was walking on to the first green, looking down and thinking ‘Am I on the right golf course?’

“It’s night and day compared to last year. The greens are absolutely fantastic. Every putt you hit is so true and that’s probably not what the players have been used to the last couple of years here.

“You cannot expect perfect conditions in the UK in May, but I think this proves it can be done. I can’t see any player moaning about the greens this year.”