Stenson: We came out here in front of a home crowd to deliver 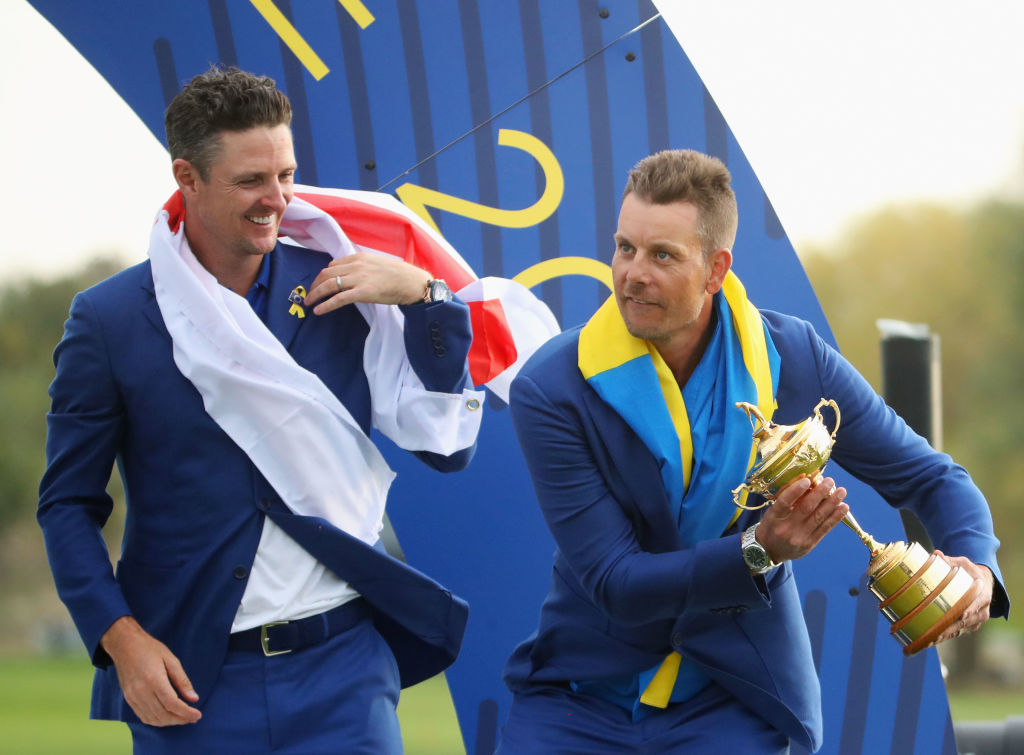 Henrik Stenson says it feels sweet to win back the Ryder Cup after the disappointment at Hazeltine two years ago.

Europe were thumped 17-11 in Minnesota – losing the trophy for the first time since 2008 – and 2016 Open champion Stenson was part of Darren Clarke’s 12-man team on that occasion.

After being named as one of Thomas Bjorn’s captain’s picks for the 2018 event at Le Golf National, the Swede had the opportunity for revenge and he took the opportunity with both hands.

The 42-year-old won both of his foursomes matches alongside Justin Rose before beating Bubba Watson in Sunday’s singles as Europe thrashed USA 17.5-10.5 to regain the Ryder Cup.

Speaking about the success in France, Stenson told Sky Sports: “I was one of the guys who was there to lose it two years ago, so that little bit of extra revenge makes it feel even sweeter. So amazing team.

“We’ve had such a good week together and feel really honoured to play with these guys.

“They have done amazing. We’ve had so much fun and to come out here in front of the home crowds to deliver, that’s very special.”