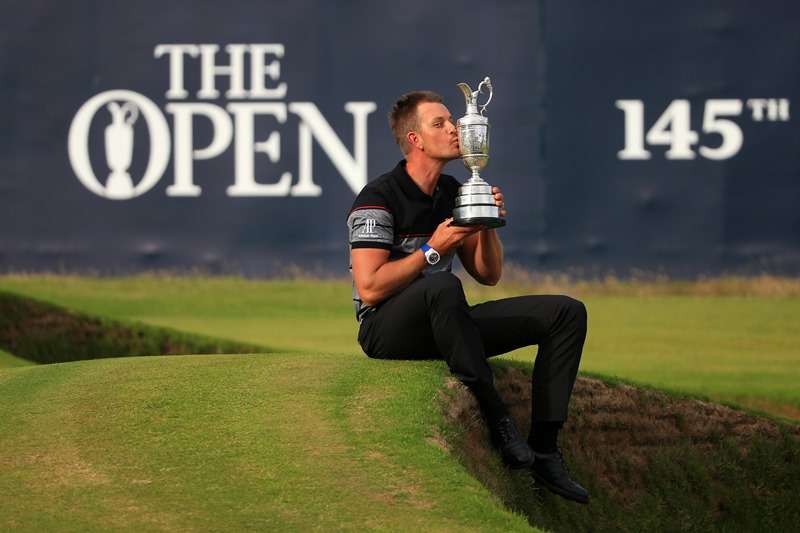 The 40-year-old Swede went into the final day’s play with a slender one-shot lead over American Phil Mickelson in what looked certain to be a two-horse race for the Claret Jug as American Bill Haas started his round in third position – six shots off the pace.

And that is the way it turned out as the pair went toe-to-toe throughout with 2013 champion, Mickelson, keeping the pressure on as he fired an eagle and four birdies in an impressive bogey-free 65.

But Stenson remained ice cool as the pressure mounted and birdied four of his final five holes to finish with a best round-of-the-day 63 and beat Tiger Woods’ previous best Open score of 19-under at St Andrews in 2000 in the process.

On receiving the Claret Jug, Stenson said: “This will take a while to sink in, I am still getting my bearings.

“It seems like it was not going to be anyone else but the two of us. I am delighted to come out on top. Thank you very much for a great fight.

“I want to thank my wife, my family, my team, all the hard work has helped to make this possible and my caddie Gareth Lord.

“I lost a dear friend on Wednesday morning in the States from cancer and I feel like he has been with me all week, Mike this one is for you.”

American JB Holmes hit a final round 69 to claim third place on six under par, while Rory McIlroy (67) and England’s Tyrrell Hatton (68) tied for fifth on four under.