Lawrie in pursuit of one more Links title 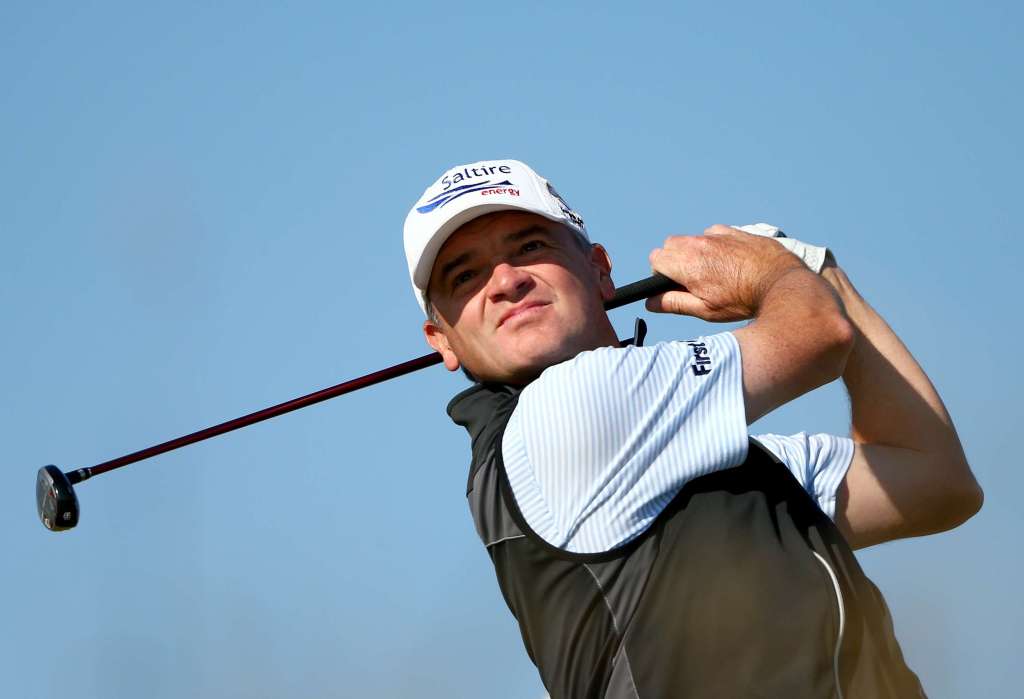 It has been 38 months since Paul Lawrie won the last of his eight European Tour titles to earn a Ryder Cup recall 13 years after making his debut in the biennial match.

History records that Lawrie had a pivotal role in Europe’s miraculous comeback at Medinah in 2012 when he trounced Brandt Snedeker 5&3 in the singles.

More than three years on, with Lawrie just three months shy of his 47th birthday, it is tempting to dismiss the notion that he might add to his Johnnie Walker Championship win at Gleneagles.

Moreover, the 1999 Open champion has also had fitness issues of late. But while his physical condition is not all it could be, he has mentally lost none of his edge.

He returns to St Andrews this week for the 15th staging of the Alfred Dunhill Links Championship with the status of having been the inaugural winner of the £3.3m pro-am event in 2001.

Perhaps just as importantly, on his last competitive visit in July, Lawrie rolled back the years to share second place after round one of The Open and was a still a live contender at halfway.

That was proof, if indeed any was required, that there is still plenty of life left in the veteran campaigner, who subsequently tied sixth in the Made in Denmark tournament and 10th at the KLM Open to emphasise that his showing over the Old Course had not been a one-off.

“It was nice to be up there again in contention at The Open, but overall I was disappointed with the result,” Lawrie said. “I felt I deserved a little bit better.

“But Denmark and Holland were good weeks. My game has been returning over a long period of time and it feels very close to where it needs to be, and hopefully I can get over the line soon.

“My putting has improved. I’m rolling the ball much better, so why not this week?

“My fitness the past couple of weeks has been a struggle. My lower-right back, groin and left foot have all been pretty bad. But I’ve been working with the Paul Lawrie Golf Centre resident physio, Lindsay Smart, who is getting me sorted out.

“My goal is unaltered, to do as well as I can every week that I play, and that will never change. My fitness in 2012 was perfect, so I feel the only difference right now is that I am not 100 per cent fit. But when fit, I feel very competitive.”

Competitive enough to play in a third Ryder Cup match at Hazeltine in 12 months’ time? “It’s a target and it would be a big achievement, but very possible,” he claimed. And a second Dunhill title would go a long way towards helping him realise his dream, given that the winner’s cheque will be in the region of £460,000.

“It’s a world-class field, so everyone has a chance,” he said. “I’ve always really enjoyed the format. But it takes lots of patience, so you need to have a good attitude.”

Lawrie, who has a perfect attendance record at the event, continued: “In terms of career achievements, 2001 was very important as it was my first win after The Open and the first year of the event in its revised format.”

He is also a course specialist at Carnoustie, having raised the Claret Jug at the Angus Links. “I play there in the Dunhill and a couple of times a year socially. It will always be special,” he added.

And if Lawrie could have one more career wish fulfilled, what would it be? It is perhaps a measure of the straight-talking Aberdonian’s unswerving self-belief and continuing ambition that he did not pause for even a second before answering: “Another Open!”