Who are the frontrunners for a place at Ryder Cup 2016? 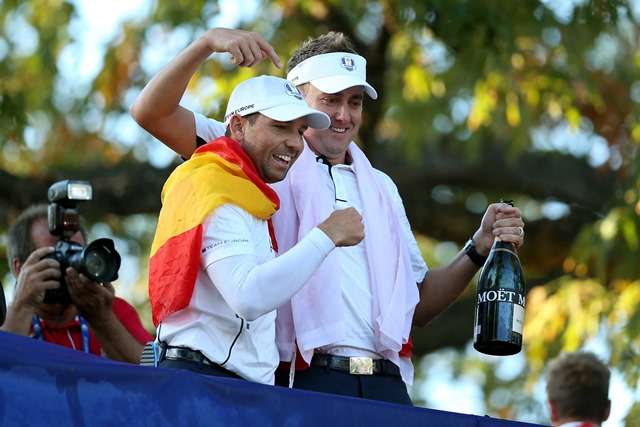 Players who say they are not thinking about the Ryder Cup are lying. They’re all thinking about it. Some just aren’t admitting it. Some don’t want to mention lest it brings bad luck. You know, like actors and the Scottish play. Don’t mention the Matchplay contest. But some are already struggling to contain their excitement that they are even in the conversation as potential Ryder Cup players. The rookies are dreaming.

Ryder Cup fever hasn’t quite broken out, but the symptoms started to appear at the Turkish Airlines Open last week. And, remember, the Ryder Cup is still 11 months away. But players have been earning points since the Russian Open in September.

And after eight tournaments there was a noticeable trend on the rankings list. Seven of the nine places available for automatic qualification (captain Darren Clarke has three wild card picks) to the match at Minnesota are currently held by rookies.

That reveals three things. Firstly, a new generation – led in the world rankings by the twentysomethings Jason Day, Jordan Spieth and Rory McIlroy – has broken through. Secondly, the big name players need to pull their fingers out in 2016 or there really will be a revolution next September. Thirdly, the big points don’t start until the big tournaments like the majors and WGCs.

Let’s play the ‘If’ game. If the Ryder Cup was played this week, Clarke would presumably pick three players from that experienced list. That’s three stellar names missing out. The nine qualified players would be, (brace yourself, you may not be too familiar with some of these names): Matthew Fitzpatrick (England), Thorbjorn Olesen and Soren Kjeldsen (both Denmark), Chris Wood (England), Henrik Stenson (Sweden), Justin Rose (England), Lee Slattery (England), Lucas Bjerregaard (Denmark) and Rikard Karlberg (Sweden).

Notably, all the rookies – bar Kjeldsen – are in their 20s. They are fine players, but that doesn’t look like a Ryder Cup line-up. Yet.

Poulter didn’t want to play the ‘If’ game when it was put to him in Turkey that if he failed to make the team would he volunteer his services as an assistant captain, like an out-of-form Garcia did at Celtic Manor in 2010. He glared at his questioner with that famous wild-eyed Ryder Cup stare and broke the silence to voice his shock.

But he did play the ‘If’ game regarding what if many of these young’uns make the team.

“It wouldn’t be a shock to see Matt (Fitzpatrick) or any of those guys in there,” he said. “They’ve won good tournaments and won them strong. Every year there are rookies in the Ryder Cup. It’s lovely to see young blood playing great.” 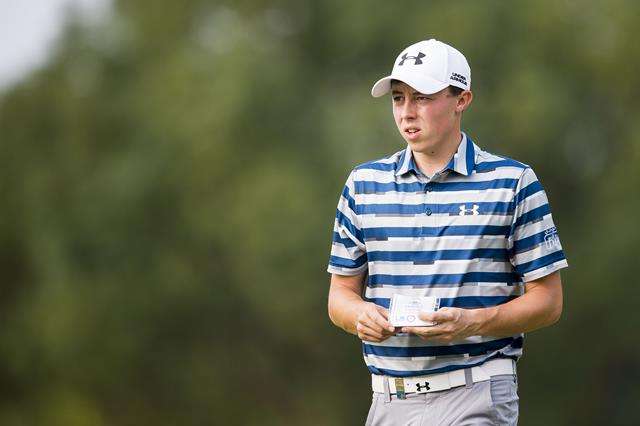 “There are a lot of very talented youngsters who will be pushing hard. I am on it and will be watching every week,” Clarke said.

“Darren has spoken to me a couple of times. He just said, ‘You’re doing great, keep it going, and you might make the team’,” Fitzpatrick said.

The Englishman was happy to play the ‘If’ game. If the Ryder Cup was now, would he feel ready? “Yeah, I don’t see why not. I love team golf and it would be an amazing experience,” he said. “I’d learn a lot. I’d love to play. I’d like to partner Danny (Willett), or Rory (McIlroy).  I was quite lucky in that I was able to play in the Majors from the US Amateur win,” he said. “I got experience of playing with big names in front of big crowds and feeling that pressure.”

His coach Pete Cowan said: “You know from now until the Ryder Cup there are going to be six players who should make the team but get Ryder Cup-itis – stage fright – and are not going to get there. But they should. And you see it happen in all sport.

“I wouldn’t be surprised to see Thomas (Pieters) and Matt (Fitzpatrick) make the team. And they would be assets. All the youngsters coming through.”

Nuneaton’s Sullivan has won three times this year and his hero is Ryder Cup legend Westwood: “I watched the Ryder Cup as a boy and there’s nothing better than representing your country or

Europe in a team event, and obviously I have had a taste of that with the 2011 Walker Cup.”

The Golf Paper’s Chris Wood is another dreaming of his debut. “I’ve got no choice in knowing where I stand on the points table. People keep texting me with my position,” Wood said. “But I’m not afraid to admit that to play in the Ryder Cup is my goal. We’ve only played a few events, but I am one of about 10 rookies with a chance.”

Two Ryder Cup stalwarts who have been showing signs of a return to form are Westwood and McDowell. The big picture, McDowell said, was to get back into the top 50 and play the Majors.

“For sure, get the top 50 and the Ryder Cup will take care of itself. I’m very motivated to be in the Ryder Cup next year,” he said.

But a word of warning from Westwood for all those dreaming and getting ahead of themselves.

“People who are checking the list all the time at this time of year are the ones that don’t make it,” he said.

He knows that it’s all about peaking at the right time.