Trump’s top man eyes up The Open for Turnberry

Posted on 5th July 2016 by Adam Ellis in Features, In the Golf Paper | 0 Comments 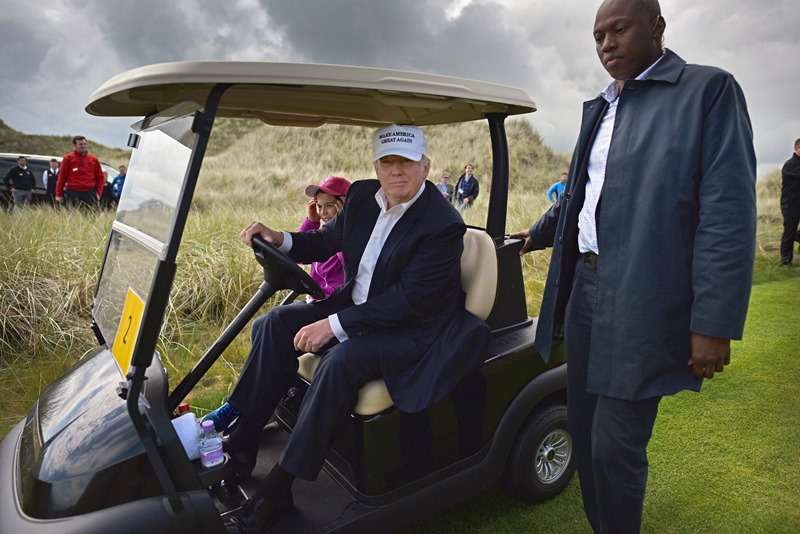 Ricky Hall is in with the bricks, as it were, as director of golf at Donald Trump’s ­rejuvenated ­Turnberry empire.

Nearly 17 years after being appointed head professional at the venue’s Golf Academy in late 1999, the 41-year-old ­Ayrshireman has smoothly ­progressed through the ranks.

Hall’s responsibilities for the smooth running of the focal point of The Donald’s £200million ­upgrade are many and heavy ­following the extensive re-­design of the world-renowned links. But he loves every minute of a job that, he believes, is the envy of his contemporaries.

Born and brought up 35 miles back along the picturesque ­Ayrshire coast at West Kilbride, Hall began his love affair with golf at his hometown club, having been encouraged to play by his golf-mad father, Morgan.

It was almost inevitable that the sport would become his and his twin brother Fraser’s life.

“We were brought up with the game,” he recalls. “It was our destiny and my brother is now head pro at Helensburgh Golf Club. I began as an assistant at ­Calcot Park, Berkshire, working for Albert McKenzie, an ­Aberdonian. From there I went to Cardross, followed by West ­Kilbride and Barassie before ­arriving at Turnberry as a ­teaching pro.

“I suppose everyone gets into the game because they want to play competitively and I was a full-time amateur for a year to 18 months. Then, when I turned pro at the age of 20 I was plus two and played a lot of Tartan Tour events and other bits and pieces.

“But I realised that I didn’t necessarily have the ability or appetite to play on tour so I gave up that idea fairly early on and got into teaching before slowly but surely falling more latterly into golf management and found excuses not to play, ­unfortunately. But I still enjoy a social game and I play whenever I can. But competitive golf no longer seems to be on. ­Turnberry is so busy during the season that I don’t really get much of a chance to play outside the winter months.”

Along with course manager Allan Paterson, his role is to ­supervise the day-to-day golf operation, with special ­responsibilities for the pro shop, the caddie master’s team, the locker-room staff, course rangers and golf academy, to ensure the experience golfers have from the moment they arrive is truly memorable. 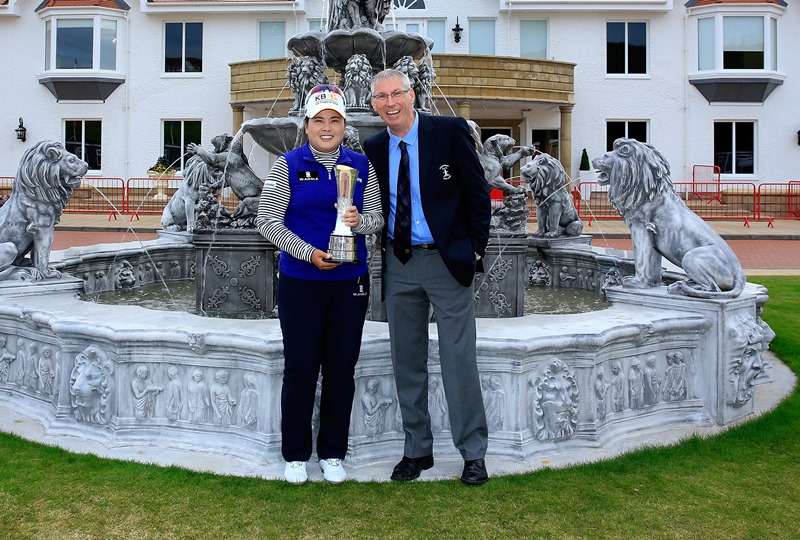 So just how much stress is ­involved, more especially being in the employ of a man who sets the most exacting standards?

“I suppose it is stressful at times,” he confesses. “But I love the game and my passion for this place is even more important so it’s a joy to come to work at one of the most beautiful pieces of land anywhere in the world.

“I am also fortunate to have a team working for me that share that same passion. We are ­fortunate to work at a place like this and people want to be here.

“But members and visitors come with high expectations and we have to match these and then try to exceed them – and that’s where the stress comes in.

“So, yes, the job has its ­stressful moments, but what ­worthwhile job doesn’t? The ­rewards are also considerable.

“The Ailsa Course was special before but now, after what Mr Trump has brought to it, the course is fantastic. People get a buzz and are amazed when they see ­Turnberry for the first time. It’s fantastic hearing their thoughts when they return and view the changes that have been made.”

And what exactly is the man who may well become the next President of the United States ­really like off camera?

“I have been lucky enough to spend a good bit of time with Mr Trump and he’s a fascinating man,” says The Donald’s director of golf. “He’s exciting and ­entertaining and, first and ­foremost, he has a great passion for the game.

“He gets golf and likes golf people. I have really enjoyed the whole experience of dealing with him and I love putting a smile on his face. He was here some days in the worst of the weather spending hours ­tramping up and down the dune with the course designer Martin Ebert and me to get a feel for the whole estate and to see what ­opportunities were out there. 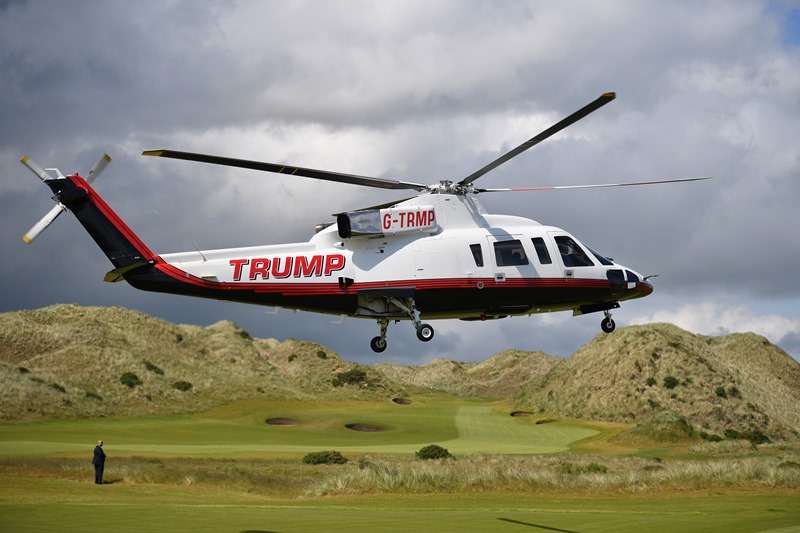 “And when the plans to ­redesign the course were ­unveiled to the members prior to them being announced ­publically, 280 of the 350 turned up to hear Mr Trump and Martin outline the changes to the Ailsa.

“A lot have been members for decades and were very worried about what was happening; if they were just messing with something that is so sacred.

“But after Mr Trump and ­Martin had spoken, Mr Trump asked if there were any ­questions concerning the changes and not one of his 280 harshest critics put their hand up because of their understanding and belief in what was ­happening. That was quite a ­moment, the way the plans were received.”

Others have been less ­receptive to the Trump tongue, including some at The R&A which is believed – privately at least – to be opposed to The Open ­returning to Turnberry for a fifth time since 1977, when the venue hosted the iconic Duel in the Sun.

But Hall insisted: “Turnberry is too good not to host The Open and we hope it is back here as soon as possible.

“It would be an honour to host The Open again after four ­previous amazing ­championships here. The history and tradition of The Open lies to a great extent in its venues and this is such a beautiful place it would be a terrible shame if we never had an Open again.

“I firmly believe and hope that will not be the case. The course is ready and it has been built with The Open in mind.”

Finally, Hall agreed that it would be easy for him to take his workplace “in a great wee part of the world” for granted. But he ­reminds himself on a daily basis of just how lucky he is. He added: “I tend to park up in the morning and walk to the 18th green and back to have a look around ­because I’m from the west coast of Scotland and I grew up ­knowing how loved and ­important this place is to so many people.

“Turnberry first got under my skin when I came here as an 11-year-old. My father was the head marshal at the 15th at the 1986 Open and I came down with him every day and stood under the grandstand with my “Quiet Please” sign.

“From that moment on I always hoped that one day I would get the chance to play the course, and, when I had done that, I thought it would be fantastic to have a job here.

“It was an instant love affair and I don’t think there is ­anywhere in the world quite like Turnberry and it’s amazing how many people share that view.

“It’s untouched in a lot of ways: the lighthouse, the monument, the hotel and the views out to Ailsa Craig and Arran and down to Southend.”