Posted on 8th July 2016 by Adam Ellis in Features, In the Golf Paper | 0 Comments 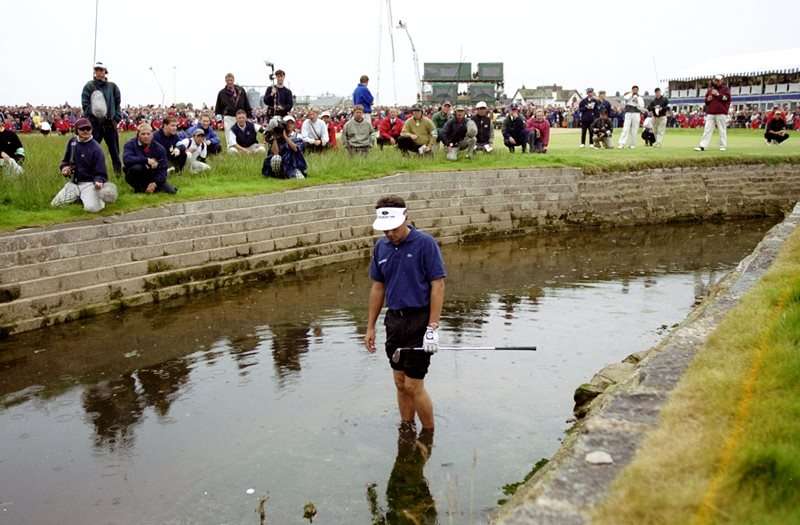 There can be few more infamous pictures from the history of golf than the ones which show Jean van de Velde, with his trousers rolled up around his knees,  paddling around the Barry Burn in front of the 18th green at Carnoustie in 1999.

His face was a mixture of pain and bemusement as he frittered away the three-shot lead which had put him in line to become the first Frenchman to win The Open since Arnaud Massy in 1907.

The fact that he then went on to lose a three-man play off which saw Scotland’s own Paul Lawrie lift The Open Claret Jug in front of thousands of his ecstatic fans would suggest that returning to Carnoustie for any reason would never cross van de Velde’s mind.

Yet 17 years after that dramatic let down,  five years after he retired from the European Tour golf circuit and barely more than a month after his 50th birthday, he is heading back to the Angus coastline.

He has chosen to make his debut  on the European over-50s Tour in the Senior Open and when he walks on to the first tee at Carnoustie and casts his eyes at the Barry Burn just a few yards away there will be a smile.

As he told The Golf Paper: “Barely has a day passed since 1999 without someone mentioning to me what happened back then. When I meet people it’s the first thing they want to start talking about.

“I look back on what happened that day and accept it was a huge disappointment to have come so close to winning The Open and then losing it at the last hole. And it would be wonderful if the Claret Jug was on my shelf at home rather than in Paul Lawrie’s house.

“But, at the same time, I am so proud that I once put myself into the position where I could have won a Major and I am comfortable with myself. That’s because at the end of the day I know what I was trying to do when I hit that shot that went into the Burn.

“It was the shot I wanted to play, I just wish there had been a different outcome.” Back in 1999 there were few Frenchmen playing on the European Tour and even fewer occasions when they mounted a winner’s rostrum on a Sunday afternoon.

And while van de Velde had been on tour for 13 years at that stage, he  had only one victory on his CV in the low-key and now long-time defunct Roma Masters in 1993.

Subsequent to the Open drama, van de Velde did qualify for that year’s European Ryder Cup team but skipper Mark James overlooked him for the foursomes and fourballs on the first two days and in the singles he got a 6 & 5 hammering from Davis Love III. 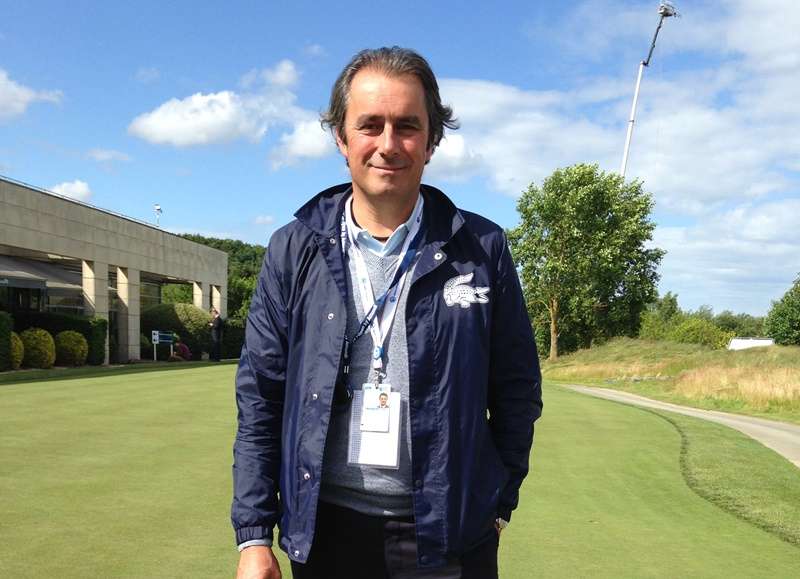 He said: “While I still loved the adrenalin of competing which I had done for years, I was struggling to handle the butterflies in my stomach.

“I have played very little golf since but then last year when it was announced the Seniors Open would be held this year at Carnoustie, people started asking me whether I was going to join the Senior Tour and go back there – and eventually I thought why not?”

But whether that is the start of a permanent career move is still undecided. Five years ago he joined the massive French Amaury Sports Organisation, which is most famous for organising the annual Tour de France cycle race.

As Amaury’s golf expert van de Velde has not only been the tournament director at the French Open but also responsible for the Lacoste Ladies French Open and a Challenge Tour event.

And the huge crowds at the French Open at the weekend were testament to how well he has handled the growth of Le Golf National in the build-up to staging the Ryder Cup in two years’ time.

“I don’t know whether my future will be on the senior tour or with Amaury because my contract with them runs out at the end of the year,” he says.

“I have enjoyed the pressure of trying to build up the French Open, which has been a huge financial investment,  and at times I have wondered whether I have been making the right  decisions – just like playing that shot at Carnoustie.

“But after all that work I still want to be here in 2018 because it would be a great thing in my career to be involved in the hosting of the Ryder Cup.”

There have been times since 1999 when Lawrie has suggested he was jealous that van de Velde had emerged from Carnoustie as the bigger golf hero.

But the two are friends to such an extent that at the start of the week ahead of the Senior Open, the Frenchman will visit Lawrie’s Golf Foundation HQ in Aberdeen and play with him in a nine-hole par three charity match to raise money for charity.

“Since that day at Carnoustie,” says van de Velde, “Paul has become a friend of mine. We truly respect each other and what we have done in our lives, and agree the game should be fun. And that’s what I want at Carnoustie as well.”