Danny can be a star in the USA says Rory 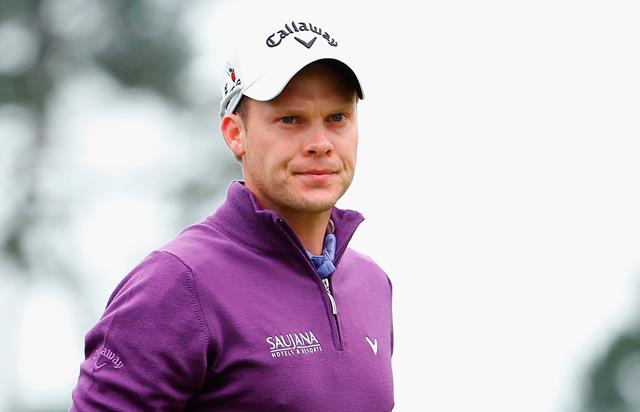 Rory McIlroy is tipping Danny Willett to become a golfing star on both sides of the Atlantic.

Finishing third on Sunday in the WGC Cadillac Matchplay earned the 27-year-old Yorkshireman a playing card for the rest of the year on the US Tour.

And McIlroy, who beat Gary Woodland in the final in San Francisco to pick up his first victory of the year on American soil, thinks Willett could soon be a big dollar earner, too.

“Danny will do great over here,” said the world No.1 as both men turned their attention towards this week’s US Tour Players Championship at Sawgrass.

“He’s obviously been playing very well this year. “I think his game style will suit American golf courses. Some guys come over here from Europe and sometimes don’t quite suit it, but he will do well.

“I have known Danny since our amateur days and he has always had a good game and a good ball flight, and now he’s obviously very confident.”

Willett was told by US Tour officials about his chances of earning his card only minutes before he went out to play Jim Furyk in the third-fourth place play-off.

It put a bit of extra pressure in his mind but after the players halved the opening four holes and Furyk led after Willett made bogey at the fifth, the match swung at the par three ninth.

Willett made a birdie there and then three more in the next four holes to eventually ease to a 3 & 2 win over the world No.5.

Willett has already been inside the world top 50 since the start of the year, which guaranteed him a start at Sawgrass in a tournament the Americans like to call ‘The Fifth Major’.

His ranking will rocket now, but he has yet to decide how he will co-ordinate playing on both the European and US Tours for the rest of the year.

He said: “I do want to play on the US Tour so when I get back home I will look at the FedEx Series schedule work out some way that I can fit it in.”

First, though, he was intending to spend two days off relaxing with his wife Nicole in Las Vegas before flying to Jacksonville for a practice round.

He added: “I have to admit that playing seven matches in five days in the matchplay took its toll and I was beginning to feel tired towards the end of the last game. “But finishing third has done a lot for my confidence and after 48 hours off I should be ready to get going again.”

*This article was originally published in our 6 May edition