Rio golf did work, but more is needed 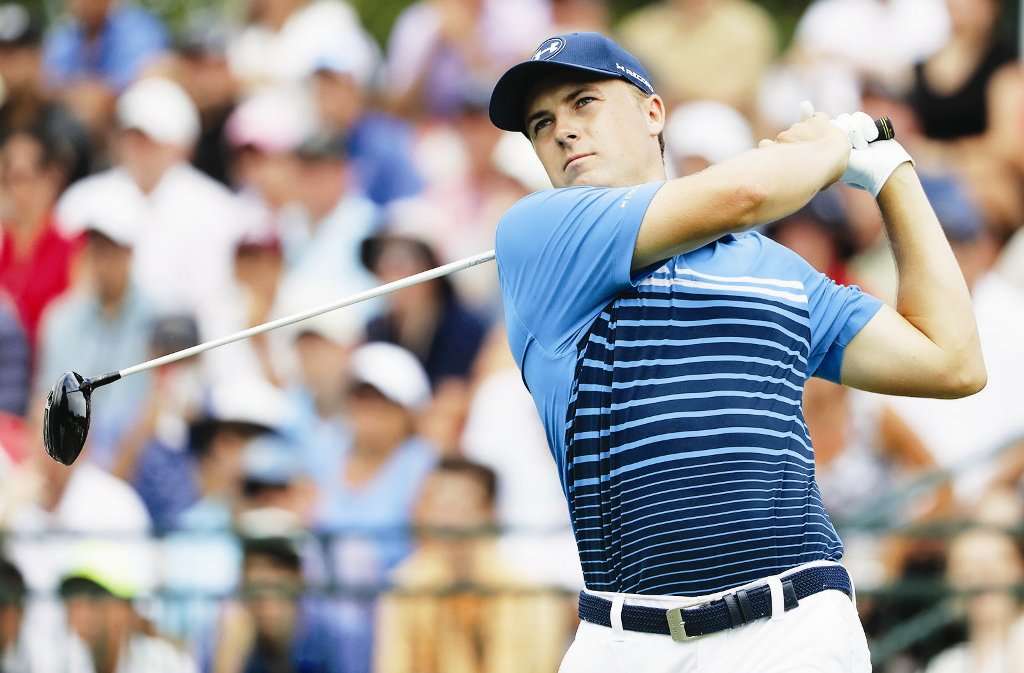 (Picture by Getty Images) Motivation: Jordan Spieth missed Rio de Janeiro but now says that hos goal will be to make the US gold team in Tokyo in 2020.

Zika 0 Golf 1. Hopefully that’s the final score rather than the latest score. But it seems that what remained of golf’s elite male golfers survived the feared plague of mosquitos that kept the top four players away from the Olympics. I wonder if Jason Day, Jordan Spieth, Dustin Johnson or Rory McIlroy watched Justin Rose, Henrik Stenson and Matt Kuchar win gold, silver and bronze and wished that they had gone to Rio.

Spieth took to twitter to congratulate them and stated it would be his goal to make the USA team for the 2020 Games in Tokyo. Rose said McIlroy texted him congratulations and said he watched after saying at the Open that he would only be watching the “stuff that matters.”

Golf mattered in Rio. It is a strong argument that golf shouldn’t be in the Olympics because it is the four Majors that the players dream of winning. But if the modern Olympic Games are becoming a celebration of all sport, then golf delivered last Sunday and deserves its place in Tokyo in 2020 and beyond. We’ll find out in years to come whether being part of the Olympics grows the game. For now though, those who watched the race for the medals will surely say that they were ­entertained.

But when the golf began last Thursday, its unimaginative, pedestrian four-day, 72-hole marathon strokeplay tournament felt out of kilter with the pace of the Games. Swimming, running, jumping, rowing and cycling were whizzing by with winners and losers and flags running up poles and anthems being sung every day. Then golf. Hit the breaks. Same stuff. Every day. For three days. No winners. No losers.

There was at least novelty on the first day. Adilson da Silva from Brazil hit the first shot to get golf under way in the Olympics for the first time in 112 years. But there were no medals. No ­completion. Too much foreplay. That’s always been one of golf’s weaknesses. There appeared to be more rope than people along the fairways during the first two rounds and the big-name refusniks were noticeable by their absence. There was no BBC commentary team in Rio, either. No Ken Brown on the green, and Andrew Cotter was on athletics duty. Their absence was missed more than the Big Four. For three days, golf was relegated to the blue button or the red button or the belly button or whatever it was that meant it wasn’t being shown on proper telly. Golf was down on the Olympics undercard with wrestling, badminton, table tennis, equestrianism, origami, dominoes, and synchronised Space Hopper. The commentators were a double act for the world feed. They sounded like a couple of fellas who had won a raffle at the village fête to commentate at one of the new sports in Rio. Their names have been withheld to protect their embarrassment. They had voices that couldn’t motivate lemmings to leap off a cliff. “That’s the first divot,” said one as the first player hit his approach shot into the first green, before continuing to talk about “the first birdie chance”. Thankfully, he didn’t go back for seconds or thirds. Thankfully in the final round there was expert commentary from Iain Carter and the BBC Five Live team on the radio. Growing the game needs an inspiring media voice. The TV world feed was as flat as a bogey on the last hole. They also bogeyed the first.

No matter, Abbott and Costello on the world feed were rescued by the drama served up by Rose and Stenson in their Sunday Rumble in Rio. After all the scepticism, cynicism and ­withdrawals, in the end the golf worked. It got lucky that there were three big names vying for the medals. Had there been a play-off between C-list players, golf would have achieved the same impact as the trampoline competition with less bounce. But the big names came good and the course looked great and playable, which is just as well because it will now become open to the public. Sunday was a 15,000 sell-out crowd and the atmosphere felt like a cross between the Open, the Ryder Cup and Shell’s Wonderful World Of Golf. But the BBC still missed Rose teeing off in the lead. Too busy interviewing hungover rowers and showing yet more replays.

Things change. Golf didn’t have four majors until the Masters came along and told the world it was a Major. The professional grand slam didn’t exist until Arnold Palmer decided it did in the 1960s. It’s strange how it’s hard to remember who came second and third in this year’s Majors but golf fans and, hopefully, sports fans, will be able to reel off the names of Rose, Stenson and Kuchar without much of a pause. That’s the power of gold, silver and bronze. That’s the power of the Olympics to inspire.

Tennis took a while to find its place at the Olympics. But Andy Murray’s tears showed just how important it was for him to win gold for Team GB. Rose grabbing the badge on his shirt and yelling and punching the air showed what victory in Rio meant to him.

“I’ve been so focused, so into it, so up for it,” Rose said. “I was so determined to represent Team GB as best as I could. It was just the most magical week, it really was. I’m bursting with pride.” A teary Kuchar played his part, too. “I’ve never been so happy with a third-place finish in my life,” the American said.

Golf’s experiment worked – apart from Team GB’s shirts as worn by Rose and Danny Willett. They were designed by Stella McCartney or perhaps Paul McCartney after six cans of Stella. So smarter shirts please, and a smarter format. Team betterballs, mixed doubles matchplay (good luck to the women this week), a 54-hole shootout with a cut each day, and ­putting, chipping and driving ­contests.

The Olympics is changing to let golf back in. Golf needs to change too, to reinvent itself for a changing world. “Faster, Higher, Stronger,” as the Olympics motto says.