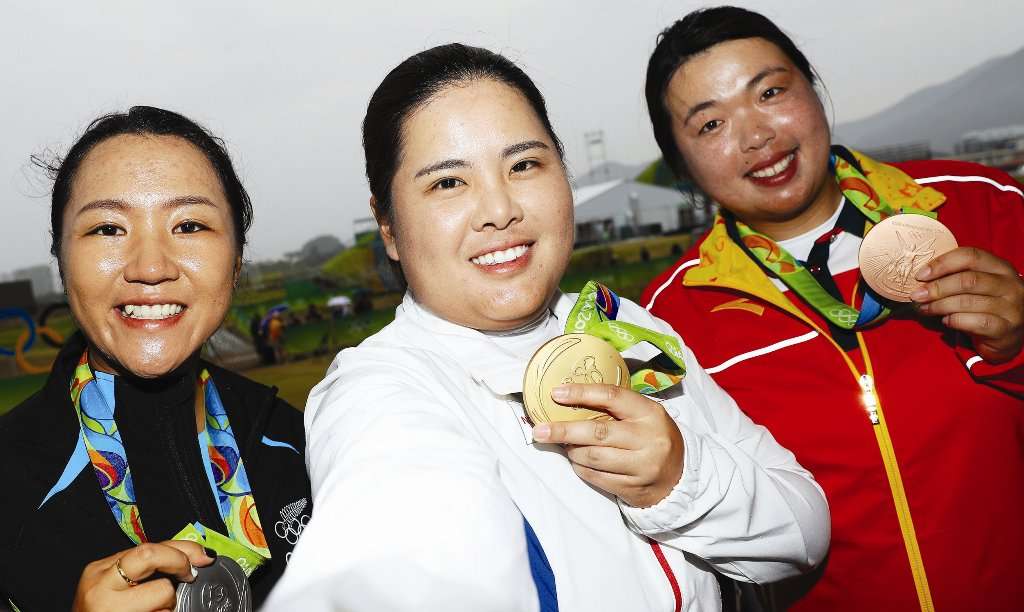 In the coming months, when the International Olympic Committee sits down to discuss whether golf should complete its ‘two-match trial’ and be a part of the Games’ schedule in Japan in 2020, there will be some murmurs of discontent.

It is inevitable that the boycott of Rio by some of the world’s leading male golfers like Jason Day, Jordan Spieth and Rory McIlroy because of their fear of being infected by the Zika virus will raise an eyebrow or two again.

And horror of horrors, during the ladies’ tournament the ­eventual winner South Korea’s Inbee Park was told by officials that she had to wear duct tape on her clothing because the branding on it exceeded their size rules.

However, those two issues should pale into insignificance when the committee discusses many more serious controversies that grabbed the headlines during the fortnight of the Games in Brazil.

Should boxing figure in the Tokyo programme when, in the wake of Irishman Michael Conlan losing out on points to Vladimir Nikitin after battering the Russian senseless for four rounds, six judges and referees had to be sent home.

Should the French 10k swimmer Aurélie Muller ever be allowed back into the Olympics after she was stripped of a silver medal because in the final stretch, just centimetres from the finishing line, she dunked her Italian rival Rachelle Bruni.

And in the same vein should American swimmer Ryan Lochte and three of his team-mates ever figure again after falsely claiming that their late-night drunken and disorderly behaviour at a Rio petrol station was just a ­reaction to a non-existent robbery.

When it comes to discussing golf’s future, instead of muttering about minor negative issues, the IOC should instead look at the smile on Justin Rose’s face when he kissed his gold medal and read the words spoken by Inbee Park after she won the women’s event by five shots on Saturday. 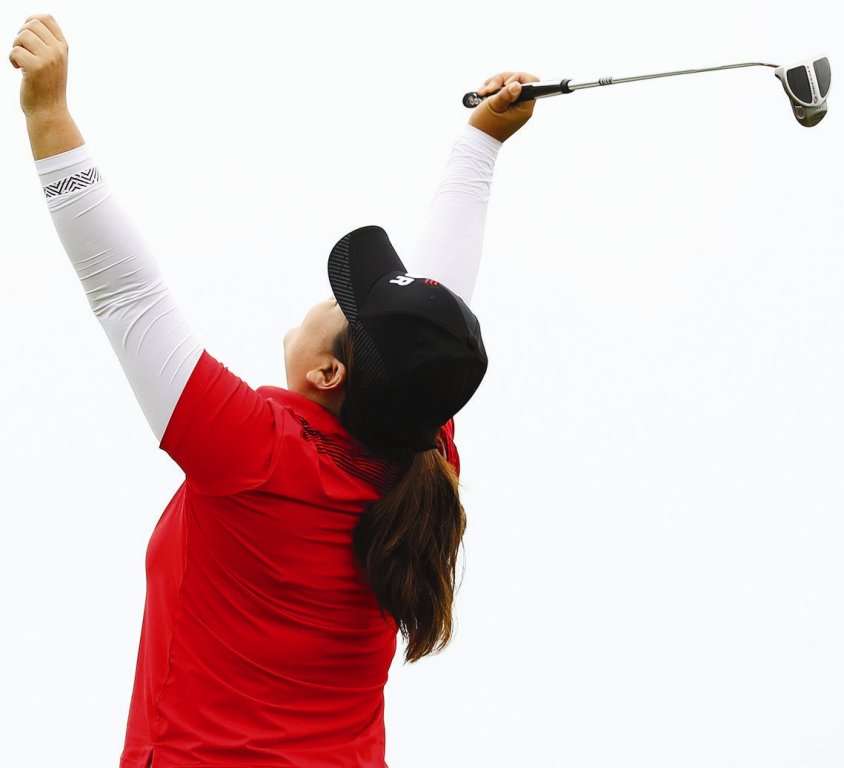 With seven Major titles featuring on her CV, the 28-year-old has already been inducted into the sport’s Hall of Fame and when asked where she would place her Olympic triumph on that list her replay was emphatic.

“I think it is definitely at the top,” said Park. “Because you know, this is something I’ve never done before. I’ve won     Majors, but I haven’t won a gold medal, so this feels definitely very, very special and nothing I want to change.

“It’s a special week and special feeling, and I’m so ­honoured to represent my ­country. Being able to receive the gold medal on the course was an unforgettable moment.

“And being the first time in a while, that golf has been in the Olympics, I think having big names on the leaderboard can make everything a lot more exciting and that can help women’s golf grow a lot bigger.

Park’s victory, which could be described as a ‘walk in the Park’, deserves even more acclaim ­because in the months leading up to golf’s ­reappearance at the Olympics after a 112-year ­absence there were doubts whether she would take part.

The California-based world No 5 began the year with a painful back injury and the­ ­development a severe ligament problem in her left thumb cramped her swing and has ­limited her to playing ten ­tournaments on the LPGA Tour.

In her bid to get fit again, Park did not play for two months prior to ­travelling to Rio but still ­managed to win the gold at the Reserva de Marapendi by ­shooting a total of 16 under par over four days that was almost flawless.

Leading by two shots going into the fourth round, she made one error when her drive ended up in a water hazard but by then she was already four shots clear and limited the ­damage to a bogey.

And by the time she reached the par-five18th, she had no need to be stressed as her second shot rolled into a fairway bunker and her third sailed into more sand at the back of the green.

She still got up and down to save par and accept the ­tumultuous applause from the many Koreans in the packed stands around the green.

However, while the eventual destination of the gold medal had been fairly obvious for two hours, right behind Park on the leaderboard there was a tight battle going on among a clutch of players hunting for silver and bronze.

And it was the New Zealand teenager Lydia Ko who justified her world No 1 ranking with a deft chip at the last and the ­subsequent birdie that finished off her 69 and took her clear into second place.

After a day when the little-known Russian Maria ­Verchenova shot a 62 to set the course record, it has to be noted that from forward tees the women were playing  a course some 600 yards shorter than the 7,128-yard used by the men a week ­earlier.

And it was one shot by Ko ­during the final round that raised the question of whether golf should ­become an equality sport with men and women playing off the same tees.

When American Gil Hanse designed the course, he hoped that by making the16th a short and ­driveable par four it would contribute to an ­exciting finale to the medal hunt.

But could he have ­predicted how the slightly built Ko would be able to cover the 272-yard distance from tee to green. She did not take out her driver or 3-wood instead, admittedly helped by a slight breeze from behind, she found the putting surface with her hybrid. 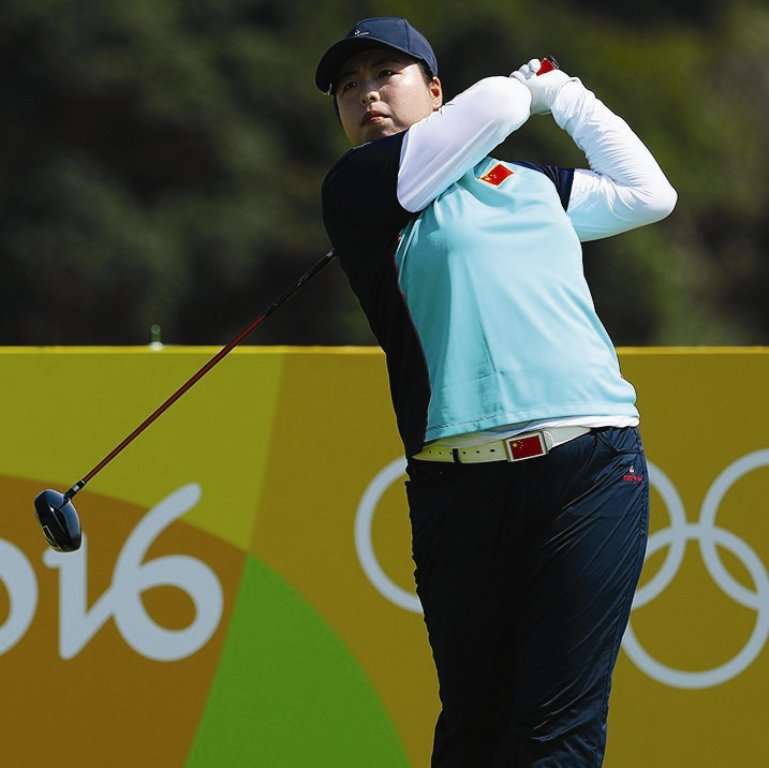 And in a three-way tie for seventh place just a shot behind them was Kettering’s Charley Hull who, like the rest of the field, had little chance of halting Park’s unstoppable journey towards the medal podium but did at times have chances to join her on it.

Having opened her campaign with cards of 68 and 66, the 20-year-old was only one shot off the lead when she signed her second-round card and two early birdies on the fourth day gave her a good chance of adding more metal to the GB haul even if she could not match the gold won by Rose.

But her putter went cold as she missed a nine-foot birdie opportunity at the 14th, a ten- footer at the 16 and a 20-footer at the 17th. The close-range birdie putt that she did convert at the last was no consolation but Hull did try to take the positives from her week in Brazil.

And Hull has already set her sights on playing in Japan in four years time. “I will be 24 then which will be pretty old but I definitely want to be there,” she said.

That is a view that the IOC should accept was surely held unanimously among the 120 men and women who were such great ambassadors for the sport of golf during their two weeks in Rio.