Ryder Cup ratings: How each of Europe’s players fared

Posted on 8th October 2016 by admin in Features, In the Golf Paper | 0 Comments 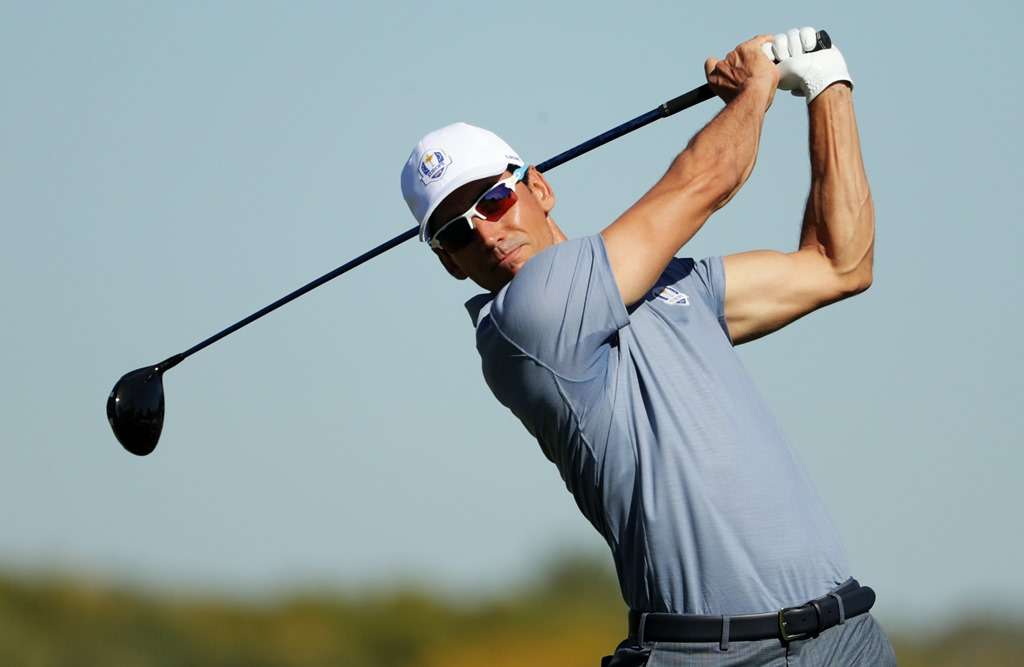 The Spaniard’s impressive Ryder Cup debut could be the foretaste of even greater triumphs to come. “Its really been a life-changing week for me,” he said. Unbeaten in his three matches and never behind in his singles victory against Jimmy Walker, he oozed  confidence in all three of his matches and not for a moment did he appear to react to the ­hostility of the American fans beyond the ropes. Has not won on the European Tour this year but must be a good bet now to feature strongly in the last few weeks of the Race to Dubai. 9/10

No one could question Matt’s Fitzpatrick’s place in the European team as he qualified automatically for it by finishing tied seventh at The Masters and then recorded his second career victory in the Nordea Masters. And while he was completely outplayed in the Sunday singles by Zach Johnson it was not because he hit a series of wild shots or was overcome by the hostile American crowd. It was simply a case of his golf just being outside the small margin for errors that existed in a week when others were playing the game close to perfection. 4/10

The American crowds knew how to get under Sergio Garcia’s skin as the Spaniard was repeatedly asked during the week at Hazeltine how many Majors he had won in his career. But while the answer remains ‘none’ he still has five winning Ryder Cup replicas in his trophy cabinet and despite not adding a sixth, he enjoyed competing flat out in five matches. “I loved every minute of it,” said the Spaniard. And while he only took two points, his fierce competitiveness was a great example to his team-mates. 7/10

Although Martin Kaymer finally scored a point for Europe by beating Matt Kuchar on the 18th green on Sunday, by then it was too late. As a captain’s pick the German had started his week with three straight defeats and there was consistent theme to his game. He could not hole putts like the one that had clinched the Miracle and Medinah four years earlier. But it is reckoned tour golfers reach their prime in their mid-thirties so the 32-year-old former US Open Champion still has time on his side to make the European team in Versailles. 4/10

Just a week after winning the FedEx Cup, Rory McIlroy could have been forgiven for feeling self-fulfilled or jaded at Hazeltine. But there was no other player on the European team who could match his total enthusiasm for his golf or wildly celebrating sinking a hole-winning putt to fight back against the hostile crowds behind the ropes. Some might say he went over the top but by curing his summer putting woes and ­winning three points against the toughest of opponents, the Ulsterman was Europe’s most threatening competitor. 8/10 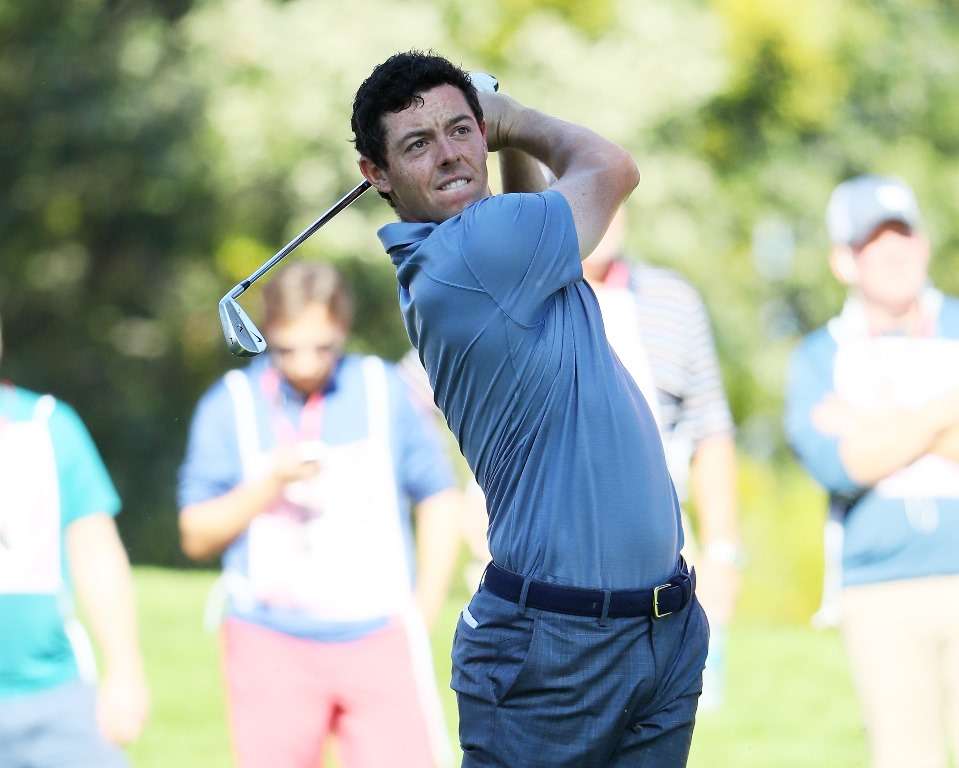 As the coach to Tiger Woods for 11 years when he was in a prime, Butch Harmon has to be respected  as an expert judge of golfing talent. And watching the way Darren Clarke wild-card Thomas Pieters handled his Ryder Cup debut, he could not have been more emphatic about the 24-year-old  “I like the way this guy plays the game. This kid is not going to be the next best thing. He is already right up there.” Pieters set a new Ryder Cup record by becoming the first player take four points on his debut. 9/10

After his historic win of the golf medal at the Rio Olympics, a heavy weight of expectation lay on Justin Rose’s shoulders all week in Minnesota and for him only to emerge with two points from five matches was a big disappointment for Europe’s hopes. He played some very steady golf throughout but the subtlety of the fast and gently sloping Hazeltine greens outwitted him every day as he missed so many putts in the awkward ten to 20-foot range – a surprise because he plays most weeks of the year under American conditions. 6/10

Never quite produced the accurate consistency that earned him The Open Championship at Troon. That was achieved using his three wood off the tee whereas at Hazeltine the driver came out of his bag more often than not. The Swede could not have answered any better Darren Clarke’s call for early points on Sunday morning with his 3 & 2 victory over Jordan Spieth. But earlier in the week his unbeaten partnership with Justin Rose, which produced three valuable points at Gleneagles, looked far less steady. But he did look competitive. 7/10

As a rookie, Andy Sullivan received a great show of faith from Darren Clarke when he was sent out in the second of the Friday foursomes in partnership with Rory McIlroy. And his drive down the middle suggested there was no signs of nerves. But he mis-hit his tee-shot into water at the par-three 17th when the match was still up for grabs. He then had to wait nearly two days before getting another chances in the ­singles and by taking Brandt Snedeker to the 17th he showed he was not far off being very competitive. 5/10

No one should question the loyalty that Darren Clarke showed in handing a wild card to the man who was at his side in the Ryder Cup at the K Club in 2006 just weeks after the tragic death of his wife Heather. But golf’s formbook presented a counter argument since while Lee Westwood had finished second at this year’s Masters, he had not won anywhere in the world since the 2014 Malaysian Open. He was let down specifically by his putting especially with his two errors from close range on the last two greens on Saturday afternoon. 3/10 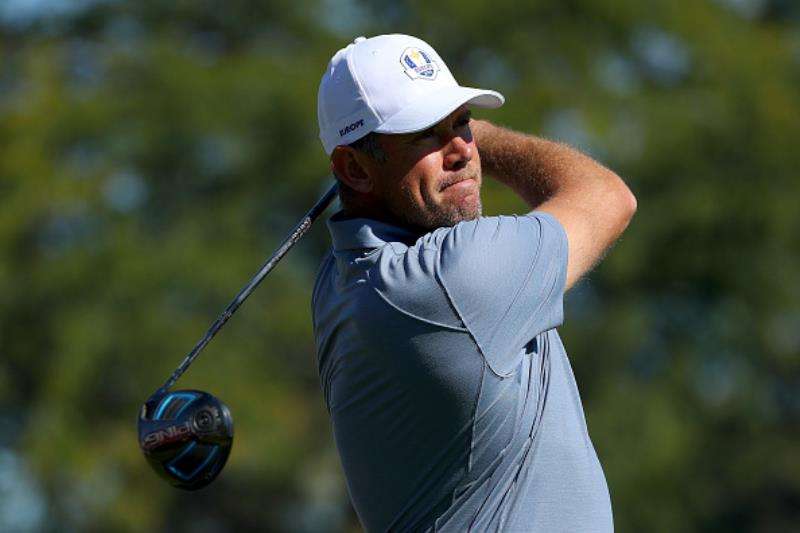 During his three defeats on debut Yorkshireman Danny Willett looked nothing like the hero who won The Masters in April. And the reason for that was nothing to do with his golf swing. His debut was shrouded in a cloud of  controversy from the minute his brother Peter wrote rude and insulting remarks about American golf fans in the build up to Hazeltine in a magazine article. With that hanging over him, Willett told the media that his first Ryder Cup experience had been “really s***”. 3/10

Despite showing that he could handle intense pressure by winning the PGA Championship at Wentworth, Chris Wood had to wait until the second morning before he was written on to one of Darren Clarke’s team-sheets. But he produced impressive golf off the tee and around the green to figure in an impressive win with Justin Rose. He also took the in-form big-hitting American Dustin Johnson to the 18th, never looked out of place on Cup debut and could be well be in ­contention for a second cap in Versailles. 7/10