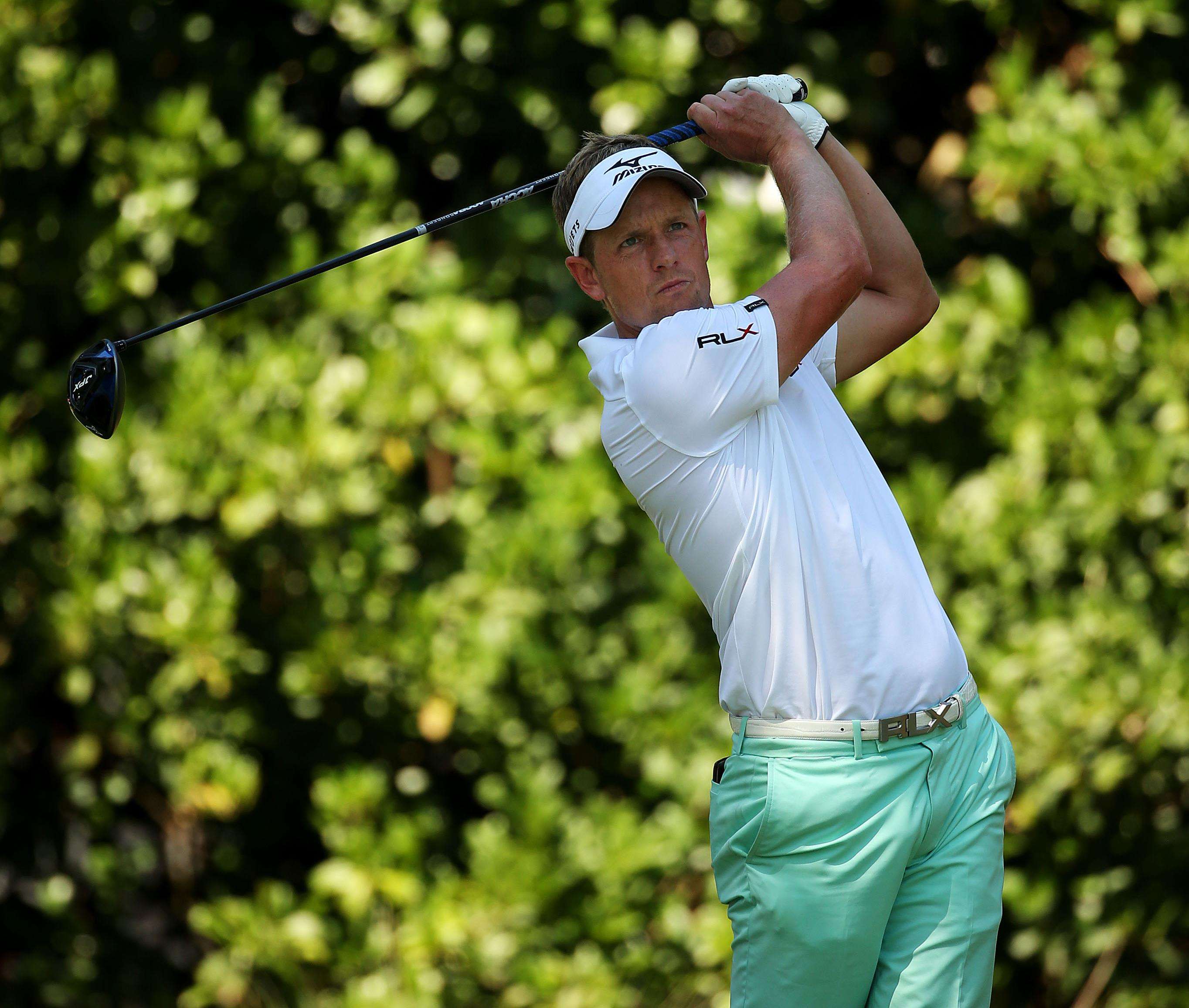 Mizuno enjoyed a brilliant week at The Grove in Hertfordshire this October 13-16, as Official Supplier of golf equipment at the British Masters supported by Sky Sports, an event that was hosted by Mizuno staff ambassador Luke Donald.

The partnership with the British Masters supported by Sky Sports allowed Mizuno to showcase its latest product ranges in the spectator village, with spectators able to see, feel and try Mizuno clubs across those ranges. Particularly popular was the versatile JPX900 iron range, boasting three options to suit varying player requirements: ‘Tour,’ forged from 1025E Mild Carbon Steel, delivering pure feel and workability; ‘Forged,’ made from 1025 Boron Steel and combining true forged feel with higher ball speeds; and the revolutionary ‘Hot Metal,’ made from Chromoly 4140M for maximum ball speeds.

The super sleek T7 wedges also grabbed attention. Forged with a small trace of boron in the steel, they deliver exceptional control and workability, together with increased durability in the grooves.

In Mizuno-branded practice nets in the tented village, spectators had the chance to try out all the clubs from the current ranges, with Mizuno’s technical experts on hand to offer advice, guidance and fittings throughout the tournament. Over and above that, the iconic white and blue Mizuno Tour Truck formed a striking centre-piece to the whole Mizuno spectator experience.

Mizuno also ran a ‘Golden Ticket Competition’ throughout the tournament week. The 900th spectator through the gates each day won a custom fit set of Mizuno JPX900 irons.

Mizuno also ran a ‘Nearest the Pin’ competition daily and the winner of that won a, limited edition, Luke Donald T7 wedge. The tournament host, Luke Donald took time out of his busy schedule to spend some time talking to fans at the Mizuno spectator experience during Saturday.

“The return of the British Masters supported by Sky Sports last year at Woburn proved a hugely successful week for Mizuno and The European Tour,” said Tony Scott, Marketing Operations Manager at Mizuno Corporation EMEA. “We were eager to build on that success in 2016, and are thrilled to have done so as exclusive official golf equipment supplier to the event at The Grove, especially as Luke Donald was playing host. It was a great week on The European Tour, and we are delighted that so many spectators were able to trial, and learn more about, our products.”

Founded in Osaka, Japan, in 1906, Mizuno has long held an enviable reputation for crafting the finest and most versatile forged golf clubs on the market, with countless iron and wedge models through the years becoming the clubs of choice for many of the world’s greatest players.

Mizuno’s original spirit and desire was to “Go and create the best products for consumers”. The latest clubs in the 2016 range offer the best performance benefits that modern technology can bring, while adhering to the spirit and desire the brand has held so dear for 110 years. #nothingfeelslikeamizuno.