5,000 girls prove that Golf’s Got Talent 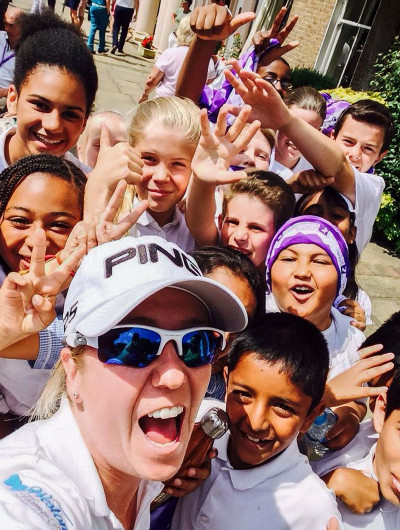 Golfing non-profit charitable organisation The Golf Trust, which since February has given beginner golf lessons to 5,000 girls aged 9 to 11 years old in north and west London, has identified 40 promising girl golfers to compete in the Final of its inaugural Golf’s Got Talent event next month.

The Final, to be held on Tuesday 30th June 2015, will take place at The Buckinghamshire GC in Denham, Bucks, on one of the Practice Days of the home event of the Ladies European Tour – the ISPS Handa Ladies European Masters.

Although SNAG equipment was used in the schools, the semi-final auditionees were lent real golf equipment to show off their new golfing skills. The final 40 were selected by a Golf Trust panel including founders Cae Menai-Davis and Frank Harrington, plus PGA Professional and Golf Trust Director of Junior Coaching Nigel Lawrence and his son Benjamin, head of Inclusive Coaching at The Golf Trust.

“It has been a fabulous experience, seeing so many youngsters take their first steps into golf over such a short period of time” said Menai –Davis, a 28-year old golf professional based at The Shire London GC in Barnet.

“In Golf’s Got Talent, we were looking for signs of a natural golfing talent – signs of a potential star of the future, in other words! The 40 we have selected for the Final all have this raw spark, and we’re looking forward to identifying a winner”.

The Final will involve 4 phases of points-based skills challenges, including Woods, Irons, Chipping and Putting, and the eventual winner will be the one showing the best all-round aptitude for these four vital areas of golf.

Golf Trust Ambassador, Ladies European Tour golfer Hannah Burke, said: “The Golf Trust is doing a fantastic job in encouraging young girls to try golf. What they have achieved so far as regards numbers is truly amazing, and I am looking forward to seeing the 40 finalists in action at The Buckinghamshire!”

Mike Round, Director of Development and Membership at the Ladies European Tour, said: “Where better to host this Final than the home of the Ladies European Tour? We applaud the initiative shown by The Golf Trust in creating Golf’s Got Talent, and the work they are doing in fostering young  talented golfers is exceptional. Let’s hope that there is a LET star of the future among the 40 who will be joining us at the ISPS Handa Ladies European Masters on June 30th.”

The Golf Trust, which recently obtained funding to provide long-term sustainable golf coaching programmes for schools, has already set itself an ambitious target for the follow-up Golf’s Got Talent next year.

“We’ll be looking to coach over 20,000 children in schools during the first half of 2016” said Menai-Davis “and next year we will be inviting boys aged 9-11 to take part too.

“The schools we’ve coached at so far in 2015 have all been invited to sign up for six-week in-school golf coaching courses, and many have started with us since the summer term started. We will be running these courses throughout 2015, so the majority of those 5,000 girls we initially coached will be given the chance to progress further in the sport this year – which we think is absolutely vital if golf is to grow”. 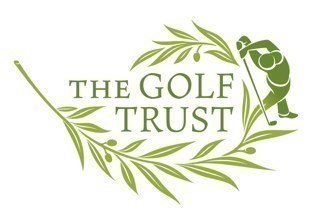