Phil fell in love with Links at Troon

Posted on 15th July 2016 by Adam Ellis in Featured, Features, In the Golf Paper | 0 Comments 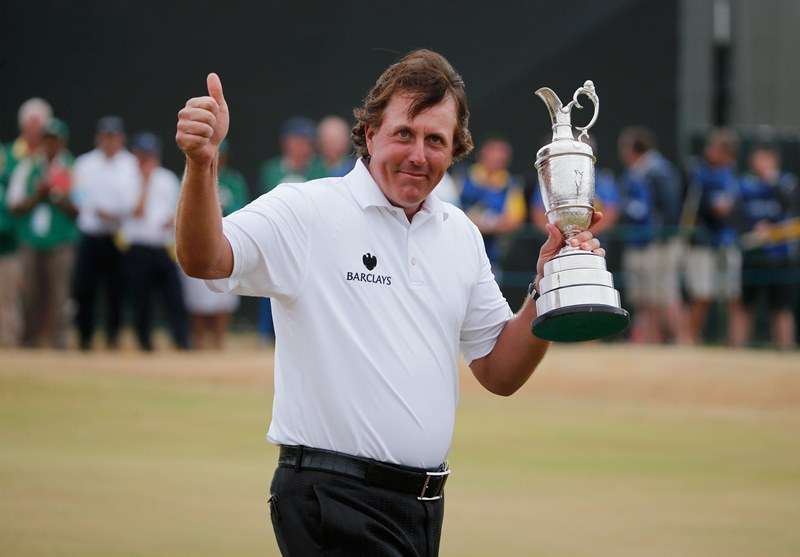 Career highlight: Mickelson says that he will be remembered most for his Open triumph (photo by Getty Images)

Phil Mickelson describes his long relationship with the world’s oldest and most important tournament as  ‘love-hate’.   Which is understandable, although ‘hate-love’ might be more appropriate, at least chronologically. When golf’s best-ever left-hander tees off at Royal Troon he will be making his 23rd appearance in The Open ­Championship. Amazingly for one so inherently gifted, he has so far ­recorded only three top-ten finishes, compared with 15 in the Masters, ten in the US Open and nine in the USPGA Championship. In Mickelson’s first 11 Opens – he made his debut at Royal Birkdale in 1991 – he managed to crack the top 20 once.

Things started to change in 2004 at Royal Troon, where the now five-times Major champion arrived on the back of a Masters victory that broke his Grand Slam duck aged 34. Armed with a new level of confidence and a well-thought out strategy, Mickelson pulled up in third place, one shot shy of a play-off between Ernie Els and ­champion Todd Hamilton.

“When I first came over to Britain to play, I had been taught to move the ball back in my stance in order to hit lower shots,” says Mickelson. “Moving the ball back would help de-loft the clubface at impact. When I did that though, I came into the ball steeper and put more spin on it. Although the ball flew lower, it was spinning more. And the whole key is not so much the height of the shot – albeit that is ­important – it is the amount of spin. Into the wind you want very little spin.

“In December of 2003, I spent time with Dave Pelz. We started working on these little half-shots. I worked on taking ten to 15 yards off my wedges. I shortened my backswing but everything else would be the same. Every position I adopted at the top of my backswing, I had to ­accelerate through impact as I would normally. The difference is I could hit to different yardages. And, by ­shortening my swing, I didn’t have the same speed through the ball. So I ­created less spin.

“The other thing I did at Troon was hit five-irons all along the ground from 150 yards out. I did that on a few holes, noting where the ball would go. The 9th was one hole where it worked ­perfectly, the ball finishing on the front-right portion of the green. The mound on the right was high and it created a funnel effect for the ball to follow. All of which meant 2004 was the first time I played effective shots on the ground at The Open ­Championship.”

Still, it took a bit longer for ­Mickelson to feature again on an Open leader board. His performance ­improved but it wasn’t until 2011 at Royal St George’s – where he tied for second behind Darren Clarke – that he contended for the title. A missed cut would follow at Royal Lytham, but Muirfield 2013 was to bring the ­ultimate consummation of the Californian’s ­tempestuous ­relationship with the Major that he felt he was least likely to win.

Producing what he now calls “the best golf I have ever played” over the closing nine holes, Mickelson birdied four of the last six to grab the Claret Jug, three shots clear of Henrik Stenson. Indeed, his play over those last six holes was as close to perfection as perhaps anyone – Tiger Woods included – has ever come.

“I get more emotional every year thinking about Muirfield in 2013,” he says. “It means so much to me to have won The Open. I have no doubt that victory will be mentioned in the first paragraph of my obituary. It makes me more of a ­complete player in the eyes of ­everyone else. In fact, I view myself as more of a complete player having won it the way I did.

“I feel like winning the week before at the Scottish Open further validated my Open victory. It wasn’t just that I had a great week. It was more than that. But I have learned how to play links golf over the years. When I am faced with tough shots in difficult ­conditions I am much more able to cope with both.

“And yes, it is hard not to think that the back nine I played at ­Muirfield to win is not the best golf I have ever played. I can’t think of a better six-hole stretch than I played that day. There are some rounds – Johnny Miller’s 63 at Oakmont in 1973 for ­example – that are ­perhaps better than I played in 2013. But it was the best for me. I played the first 12 holes in two under par to give myself the chance to win. And the rest was just ­magical.” 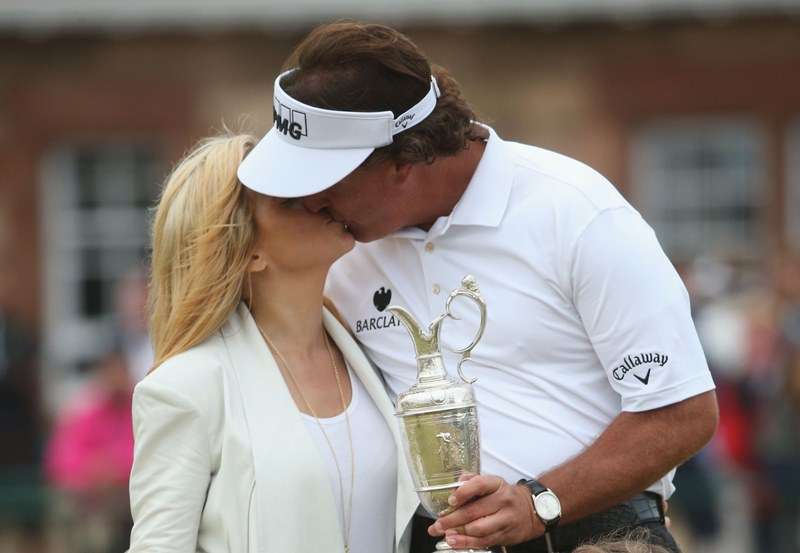 This year, ­Mickelson will arrive in Ayrshire in the middle of an ­inconsistent season that has ­produced an odd mix of results. When he has been good he has been very, very good, but when he has been bad he has been home with wife Amy and their three kids for the ­weekend. He is looking forward to ­renewing his ­acquaintance with Royal Troon though. The bleak, barren and desolate links on the Firth of Clyde is where he first showed the world that links golf was within his ­considerable compass. In particular, Mickelson is keen to bring his ­revitalised putting to greens he ­enjoyed so much success on 12 years ago.

“I’ve spent a lot of time working on putts inside ten feet,” he reveals. “If I want to be one of the best players in the world, I have to be one of the best putters from ten feet and in. I have hit about 5,000 putts in my house over the last couple of years. I hit ten six-­footers with my regular grip. Then ten with the ‘claw’ grip. I make about 70 per cent of those putts with my regular grip. But I make 85 per cent using the claw. So, over the duration I make many more putts with the claw. ­Because, from that distance the ‘start-line’ is so much more important. As you get to longer distances, the speed becomes more important.

“The claw gives me less head ­rotation and a little bit more extension through the putt because my bottom hand is essentially off the club. I can get more extension putting one-handed. But once I put my bottom hand on I can’t get the same reach. But the ‘claw’ just pushed the club through to the target. There is no resistance. And that gives me much better ­extension down the line. So the ball starts on that line. As a result, my ­putting from inside ten feet this year has been remarkably good, the best of my career. On longer putts I use my regular grip. Anything outside 30 feet at Troon I’ll be using that.”

Given a favourable draw – nearly ­always a factor in the Open when the weather can vary so much – Mickelson is right to fancy his chances of a sixth Major. Having had to cope with the often unstoppable force that was Woods for much of his career, the 46-year old from San Diego now sees a different landscape in the ­absence of the 18-times Major winner.

“We are in an era where we don’t have a guy like Tiger was,” he points out. “No one is dominant in every area of the game. We do have guys who dominate in certain areas.

“And when you put everything ­together you got events like the 2000 US Open, where he won by 15 shots.  Today, we don’t have a guy like that. We have a bunch of really good ­players who are all going to have their runs of form. It’s impossible to pull out one over the others. There are four or five guys right now who are playing at a very high level, but not significantly better than each other.”

So it is that Mickelson will arrive in Ayrshire with high hopes of success, especially after his final-round 66 in the Scottish Open at ­Castle Stuart. He knows that he can win and he knows, whatever happens, the chances are that he will enjoy the experience.

“I love the Open more now that I have won it of course,” he grins. “When I’m playing well, or have been lucky with the draw, that love grows.

“Plus, The Open is actually the event I have most fun watching. I don’t usually watch golf on television but I always watch The Open.”

*This article originally features in TGP on 13 July 2016.