Clarke: ‘The Americans have to be favourites’

Posted on 6th August 2016 by Adam Ellis in Featured, Features, In the Golf Paper | 0 Comments 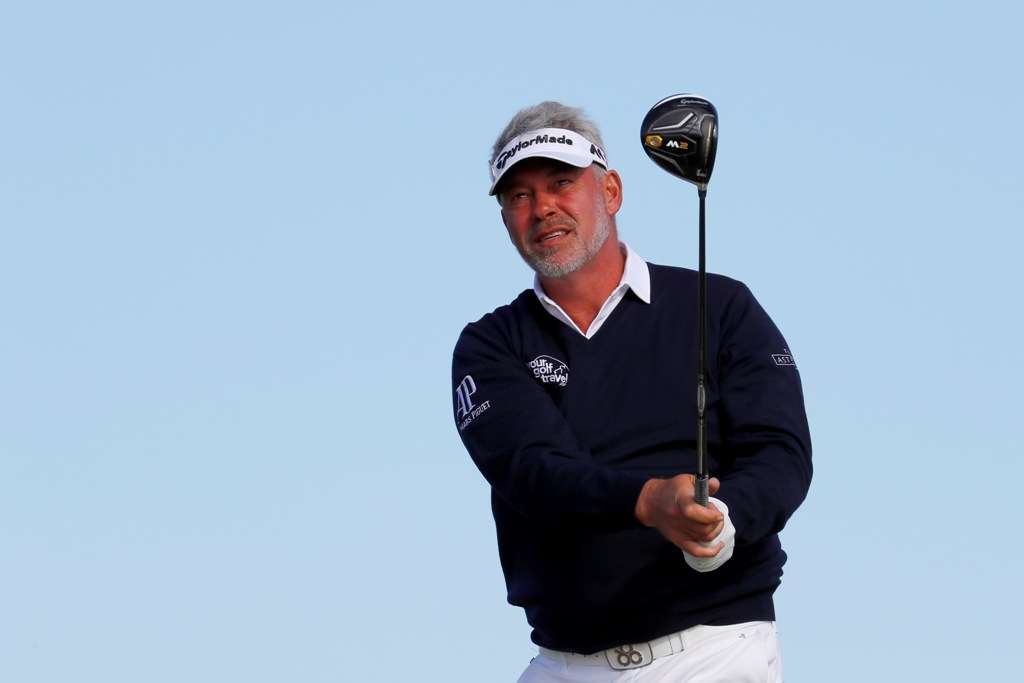 Captain confident: Darren Clarke will look to add experience to his side full of rookies on a hot streak (photo by Getty Images)

Amid this congested Major Championship season – three in the past seven weeks – and all of the ­on-going argy-bargy about who is going and not going down to Rio for golf’s return to the Olympic Games, Ryder Cup buzz has been pretty quiet in the lead-up to the matches at

Hazeltine in late September. That changed at Baltusrol, though. Both captains, America’s Davis Love and his Europe counterpart Darren Clarke, held full-blown press conferences before the USPGA Championship.

To the surprise of no one, both men indulged in much shadow-boxing with the assembled media and revealed very few specifics. Just about the only piece of hard news came when Clarke revealed Sam Torrance as his fifth and final assistant captain.

The 62-year old Scot, Europe’s ­winning skipper in 2002 at The Belfry, brings a wealth of Ryder Cup ­experience to the previous and slightly younger mix provided by Thomas Bjorn, Padraig Harrington, Paul Lawrie and Ian Poulter. As far back as 1985, Torrance stamped his name indelibly into the biennial ­contest’s already colourful history when he holed the winning putt across The Belfry’s 18th green. It was Europe’s first victory in 28 years.

“I’m very pleased and privileged that Sam is going to be part of it,” said Clarke. “He’s got a big heart for the Ryder Cup and I’m sure that will show through during the week.”

Otherwise, Clarke and Love were understandably playing their ­respective hands close to their ­sternums, although both did give the odd hint about the possible identities of their captain’s picks. Clarke has three choices to make on August 30, two days after the last counting event, “Made In Denmark”. On September 12, Love gets to add four of his choices to the eight automatic qualifiers after the The Barclays tournament at the end of this month.

Right this minute, Clarke would ­appear to have the easier job. With five rookies either in his side or right on the edge, the close proximity of Ryder Cup experience in the shape of nine-times team member Lee Westwood and former US Open and PGA ­champion Martin Kaymer gives the Northern Irishman two obvious choices. The third is likely to be a little less straightforward. But with the likes of Shane Lowry, Francesco Molinari and Soren Kjeldsen in the mix, quality is all but guaranteed.

‘I’m happy with the way it is ­looking,” confirmed Clarke. “At the moment we have a number of rookies in there, with one of them being the Masters champion [Danny Willett]. But those guys are there for a reason. They are playing consistently well. They are keen and young. Besides, every now and then there’s a turnaround in the old guard.

“With five rookies in, I’ll probably be looking towards adding ­experience. Lee has been playing very well again. He’s just outside ­automatic qualification and there are a few other seasoned guys right there as well.

“Davis is in a different position. As it stands he has only one rookie in his squad. So he may be looking to ­balance his team up with more fresh blood, in the same way as I will be looking to balance up our team with guys who have been there before.”

Indeed, Clarke – without ­committing to anything definite – has already intimated that he will find it “difficult” to pick a Ryder rookie if he already has, say, five first-time players in the 12-man team. A big advocate of using statistics to identify the optimum candidates, the 2011 Open champion knows that adding a sixth newcomer would make it extremely likely that he would have to pair two rookies in ­either foursomes or four-ball play. ­History suggests that such a move would be less than successful, offering only a one-in-seven chance of scoring a point to the European cause. Not great odds.

Mention of Westwood – Clarke’s closest pal on tour – also raised a hint of favouritism, one that the skipper was quick to shoot down.

“Just because Lee is a good friend, that does not come into any of my ­selection criteria whatsoever,” he said. “If Lee was further down the list, would I still consider him? Yes. But friendship has no place when it comes to wild cards. Which is part of the tough calls every captain has to make. Davis will have those tough calls as well.

“Having said that, the fact that Lee is almost in the team pleases me greatly. He is a European Ryder Cup stalwart. He’s very experienced. He’s been my partner in many Ryder Cups. I know what Lee Westwood brings to the table and I know what he brings to the back room. There’s not many guys you’d rather go shoulder-to-shoulder with.”

OK, we get it. Whatever happens between now and the end of this month, mark Lee Westwood down as one of Clarke’s three picks. 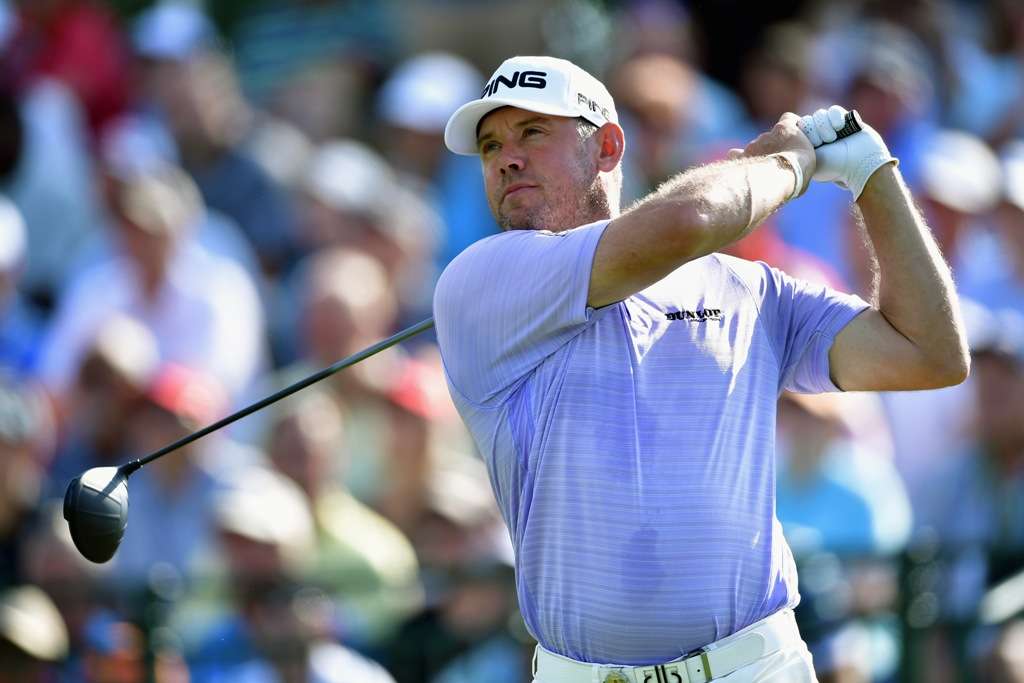 Experience: Clarke has hinted that Lee Westwood will get a wild card for Hazeltine (photo by Getty Images)

As for possible European partnerships at Hazeltine – scene of previous Old World triumphs in the shape of Tony Jacklin’s 1970 US Open win and Richie Ramsay’s victory in the 2006 US Amateur – Clarke was equally amenable to providing hints as to his thinking. An all-Spanish combination of Sergio García and Rafa Cabrera-Bello is one that he admitted to “looking towards”. But another possibility for García may well be combining with Matthew Fitzpatrick, should the young Englishman make the side. Such a pairing would have an obvious parallel with 1983 at PGA National. Back then, Jacklin put Seve Ballesteros and a callow Paul Way together to great effect.

Still, for all his obvious pleasure at the way things are shaping up, Clarke was at pains to insist that the American side must start as favourites to regain the famous old trophy for the first rime since 2008 at Valhalla.

That would make Europe the ­underdogs, a position from which they have had a remarkable run of success in recent Cups – eight of the past ten matches have resulted in a defeat for the US.

“The Americans are the favourites,” Clarke insisted, his tongue surely ­located close to his cheek. “They have to be favourites. They’ve had a task force. They’ve done everything. Davis has gone to great lengths to try and find a winning formula. He’s obviously doing a wonderful job. His guys are all playing very, very well.”

Love – a close friend of Clarke’s – was expecting such talk, of course. Speaking one day before his counterpart, the former USPGA champion (he was the last player to win a major title using a persimmon-headed driver) predicted as much.

“Darren will say they are the ­underdogs, I’m sure,” he said with a smile. “They always say that. But on paper they are pretty equal teams. They are winning Major ­championships. But we usually look better if you study the world rankings.”

When it came to discussing his possible picks, Love seemed inclined to selecting on the basis of who will match up best with those already in the side.

“When I look outside our top eight, there are some guys that are obvious match-ups for guys on the team,” he said. “So making our pairings, ­rounding out our personalities, both leadership and youth, is what I’ll be looking for. It will be plugging holes. If we can get one guy to be a leader and one guy to match up, that makes a ­perfect pairing.”

All of which sounds a little ­familiar. Back in ’08, US skipper Paul Azinger utilised just such a policy. Looking past players who were “hot” in the lead-up to the matches, the 1993 USPGA champion selected on the basis of who would fit best into the squad he already had. “The last thing you want is to pick someone then wonder what you are going to do with him,” ­continued Love. “I will want to know who I am going to pair each one with. I will use my picks to make sure I have good pairings and teams.”

Love also said that he has been talking with former ­captains, ­including Tom Watson who clearly failed to create any kind of team harmony at Gleneagles two years ago. Few who were present will ­forget the press conference in which Phil Mickelson – to use US parlance – threw his captain “under the bus” as his team-mates looked on.

“Tom and I have spoken several times,” said Love. “I’ve seen him out on the Champions Tour. We’ve sat down and he has given me some great advice. He has told me what he saw, what happened and what to look out for. He has really been very helpful. And I have bounced a few ideas off him. I can rely on him to tell it like it is. He has made sure I’m on the right path.”

So far, of course, that is all the ­upcoming Ryder Cup has been – talk. The real action will begin on September 30.

*This article originally featured in TGP on 3 August 2016.