Posted on 18th October 2016 by Adam Ellis in Featured, Features, In the Golf Paper | 0 Comments 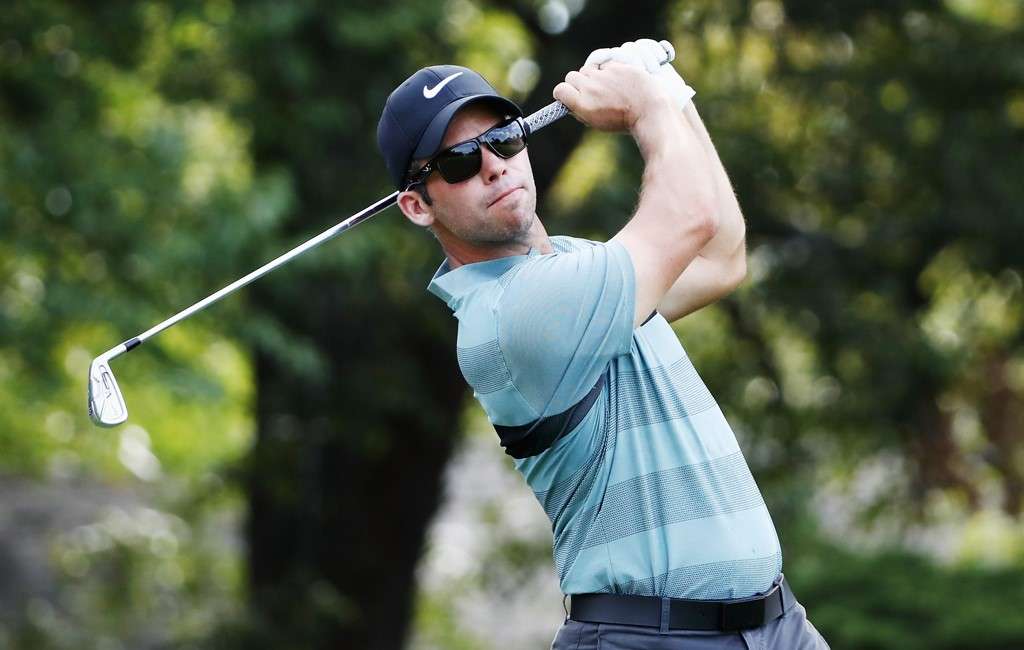 Notable omission: Paul Casey’s absence from the European Ryder Cup team highlights the needs for the selection process to be alterered (Photo by Getty Images)

Now that the cold, hard reality of Ryder Cup defeat has sunk in on this side of the Atlantic, the time is now for the European Tour to make some important decisions regarding the biennial bunfight with those pesky colonials. Which is not to say there is need for panic. Two Old World losses in the last 11 contests speaks to much that is right on and off the course, but in all walks of life the organisation that is standing still is actually moving backwards. So complacency must also be avoided.

Through no fault of his own – well, OK, some – European skipper Darren Clarke marched into battle with something less than his very best troops lined up behind him. World number-12 Paul Casey was the most notable absentee for the simple and absurd reason that the 38-year old Englishman is not a member of the European Tour. Then there was the case of Russell Knox, ranked only seven places below Casey and above seven members of the 12-strong team Clarke took to Hazeltine. Had the Florida-based Scot signed a form four days earlier back in November last year he would have strolled into the 41st Ryder Cup. Since when was paperwork a better criteria for qualification than actual play?

This daft rule needs to change and change now. That it is in place at all speaks only to the growing notion that the European Tour has an inherent inferiority complex. The fear is that, without the threat of Ryder expulsion hanging over them, the biggest names in European golf will almost completely neglect their home tour in favour of the greater riches across the pond.

The cynical view seems to be that these men – already wealthy beyond imagination – are driven only by money. But are they really? If their public comments regarding the Ryder Cup are to be believed, the vast majority have a huge affection for the matches, one that would see them play enough at home to give at least a fighting chance of making the team. So let’s start assuming the best of them rather than the worst.

Equally frustrating is the unpalatable fact that this wasn’t exactly a wonderful American team. They were there for the taking given that Jordan Spieth was well short of his best form. Dustin Johnson wasn’t exactly breathing fire either. The same could be said for Rickie Fowler and Jimmy Walker. And don’t tell me we need to fear the likes of JB Holmes, Matt Kuchar, Ryan Moore and Brandt Snedker. Even an under-strength and clearly transitional European side that was in many ways a throw-back to the late 1980s – the top and bottom halves were easily discernible – should have been able to bring the famous old trophy back across the pond.

The American’s margin of victory was six points. But the real gap between the two sides was much       thinner. Think about this. Had a sadly out-of-form Lee Westwood holed two short putts on the last two greens on Saturday afternoon, then not lost his two-up-with-three-to-play lead a day later, the final score would have 15-13.

Throw in just one more turnaround – let’s say the epic encounter between Rory McIlroy and Patrick Reed that could have gone either way – and the result is a draw. Just saying.

One other thing that needs to be revised before the Ryder Cup reconvenes at Le Golf National in 2018 – and certainly before the matches go to the potential battlefield that is Bethpage Black on Long Island six years later – is the blatantly commercial attitude of the PGA of America and the European Tour, who jointly own the rights to the matches. The behaviour of the galleries at Hazeltine was much worse than anyone in authority was prepared to acknowledge, at least publicly. On the American side there was a perhaps understandable need to play down the often inexcusable conduct of so many in the crowd; the Europeans were loathe to complain too much lest the often vile abuse get even worse. And the root of the problem was the (over-priced) alcohol that was apparently on sale from very early in the morning.

This needs to stop. Or at least regulated by limiting “opening hours.” Remonstrating with spectators who are not tanked up on what Danny Willett’s brother so memorably called “pissy beer,” is easier than reasoning with those who have been inhaling adult beverages for most of the day.

One can only imagine what the late Arnold Palmer – an exemplary sportsman and perhaps the most significant figure in the history of professional golf – would have made of it all. Not much, one suspects.

One minute hailing the inestimable legacy and life of “The King,” then turning a Nelsonian eye towards the behaviour of “fans” who cannot possibly be golfers represented hypocrisy of the lowest order. Just saying.

Then there was the golf course. Hazeltine National is no one’s idea of a classic lay-out. And the course set-up was, as Justin Rose correctly pointed out in the wake of his one-hole singles defeat to Fowler, more akin to a pro-am than one of the game’s premier events. It was too, a presentation designed to suit the likes of Phil Mickelson and other less-than accurate members of the US side. In the days leading up to the matches the former Open champion went as far as having branches from over-hanging trees removed so as to widen even further the driving “corridors.”

Such tactics are, of course, the prerogative of every host side. But the combination of hardly any rough, soft greens and ridiculously accessible pin positions did seem to be taking things a little too far down the road of home advantage.

Is the Ryder Cup merely a hit-and-giggle exhibition, or the serious and meaningful competition?