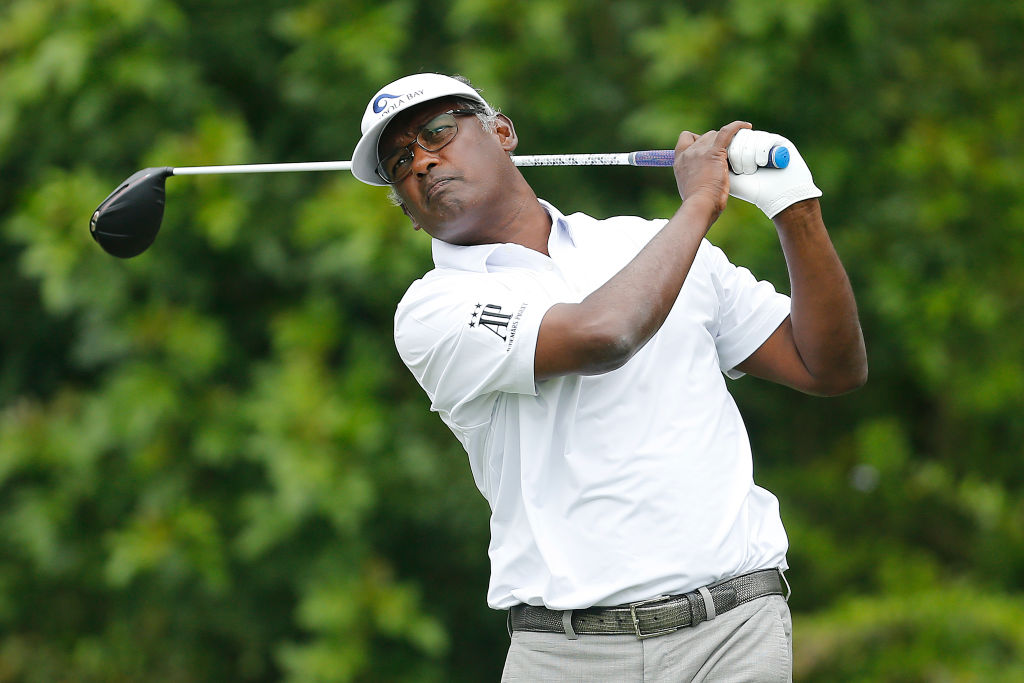 Vijay Singh is in contention to become the oldest ever winner on the PGA Tour heading into the final round of The Honda Classic.

The Fijian, who turned 56 last week, carded a third-round score of 65 at PGA National Golf Club to move into a share of second place on six-under-par, just a stroke behind outright leader Wyndham Clark.

Should Singh go on to win the event on Sunday then he will become the oldest ever PGA Tour winner, surpassing the previous record set by Sam Snead at the 1965 Greater Greensboro Open by over three years.

Indeed, only six other players aged 50 or older have tasted success on the PGA Tour, with Davis Love III becoming the last player to achieve the feat when he claimed glory at the Wyndham Championship in 2015.

Singh knows he still has a lot of work to do if he is to claim overall glory, but he believes he is more than capable of achieving the feat, even though his last PGA Tour victory came over a decade ago at the 2008 Deutsche Bank Championship.

“I?m physically quite capable of doing it,” Singh told the PGA Tour website. “Mentally, I?m going to go out there and see how my mind works. If I just don?t let anything interfere, I think I can do it.”

Leader Clark is at the other end of the experience spectrum as he is chasing his first ever PGA Tour victory, while Singh is joined in second-place by Kyoung-Hoon Lee and Keith Mitchell, with Rickie Fowler sitting a shot further back heading into what promises to be an intriguing final round.