Watson hits back in defence of his Ryder Cup captaincy 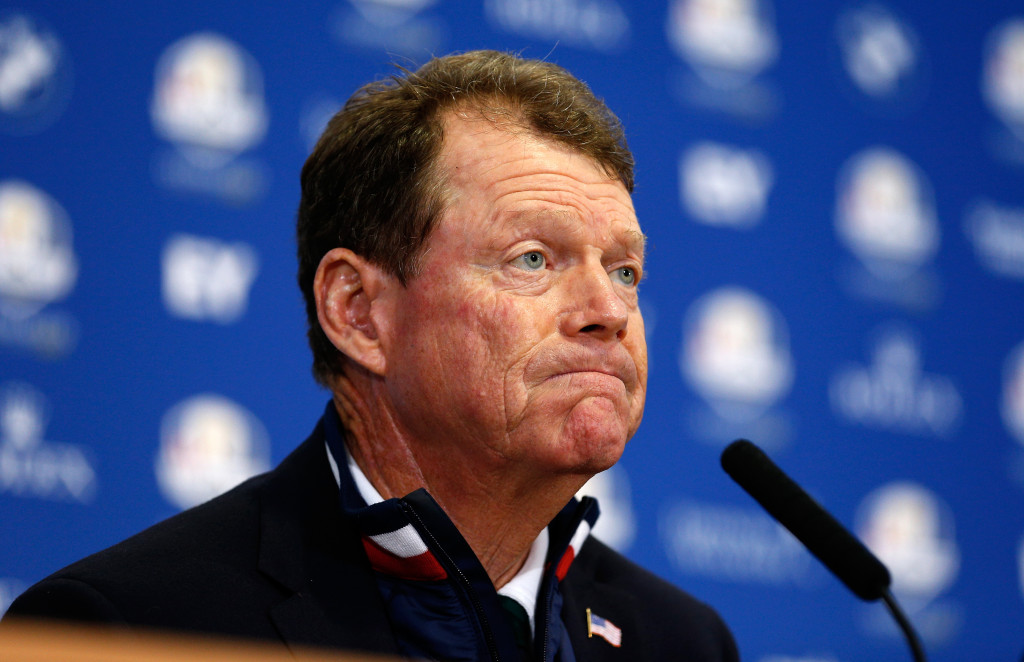 With the great and good of The R&A hovering just feet away, hoping, perhaps, to catch a snippet or two of our conversation, Tom Watson chose the setting of golf’s most iconic clubhouse to talk openly about Phil Mickelson’s astonishing attack on his Ryder Cup captaincy.

Nearly nine months on from the 40th match, it was the first time that Watson had spoken of the hurt Mickelson’s comments caused him.

Mickelson was not alone in criticising his captain, but he was by far the most vociferous in his comments in the immediate aftermath of the United States’ 16 ½-11½ defeat at Gleneagles last September.

A battle-hardened veteran of ten matches stretching back to his debut in 1995, and winner of only two, Mickelson accused Watson of having failed to communicate closely with his players. He also highlighted the way Paul Azinger had involved his entire team when the US won, at Valhalla, in 2008.

Mickelson’s stunning rebuttal of Watson’s leadership was delivered in front of the world’s golfing press at the post-match media conference. Rumours had been rife that relations between the captain and his most experienced campaigner had soured over the previous 72 hours, to the extent that it was claimed Watson had informed Mickelson by text to say the five-time Major winner would not be playing in either of the Saturday sessions instead of informing him face-to-face.

Having also been left out of the fourballs, it was the first time that the 44-year-old left-hander had sat out an entire session.

Watson was also alleged to have told his team “You stink at foursomes” in front of the players’ wives and girlfriends, caddies, PGA of America staff and hotel employees during a tense exchange in the team room after they had managed just a half-point out of four.

Sources also claimed that when Jim Furyk subsequently presented Watson with a replica Ryder Cup trophy that was signed by every member of the team, instead of thanking them he said it meant nothing if the players didn’t get the real thing.

That was the provocative background to Mickelson’s stinging attack, which stunned many observers, resulting in ‘Lefty’ being roundly criticised himself for the timing of his debrief.

For his part, Watson sat in stunned silence, staring ahead in disbelief at the ferocity of Mickelson’s offensive. But he responded several days later, saying: “I was captain and in hindsight, whatever mistakes were made were mine and I take complete and full responsibility for them.

“I also regret my words may have made the players feel I didn’t appreciate their commitment and dedication. I completely understand Phil’s reaction in the moment. Phil’s heart and intentions for our team’s success have always been in the right place.

“He is a great player, has great passion, and I admire what he has done for golf.”

But behind the words, lay a deeper truth; that Watson was badly scarred by the public nature of his humiliation. That much was clear when the 65-year-old claimed on a visit to St Andrews last week that Mickelson should have been more discreet.

He confessed: “Yeah, it hurt to a certain degree. It was disappointing, but we got beat by the better team. Our team played its heart out, and, after getting off to a great start on the Sunday, if they had continued along that path we could have been right there at the end.

“But you know the bottom line is that I made the decisions based on the best information at the time, and I had the support of my vice captains. We made collective decisions on who was going to play with whom.

“You try and pair the best quality team together, and I don’t really regret too much the teams I played. You can always look back; it’s easy now, but at the time it is impossible to make these decisions.

“Jimmy Walker played brilliant golf for us. My only regret as far as the pairings are concerned was that Jimmy got tired out on the Saturday afternoon. He went 18 holes every round. I played him 36 the first day and 36 the second, and that was a mistake on my part.

“That fourth match on the Saturday afternoon, I didn’t know his physical condition. Then that third hole I saw him hit a shot and thought, ‘Oh my God, I think he has lost his legs.’ 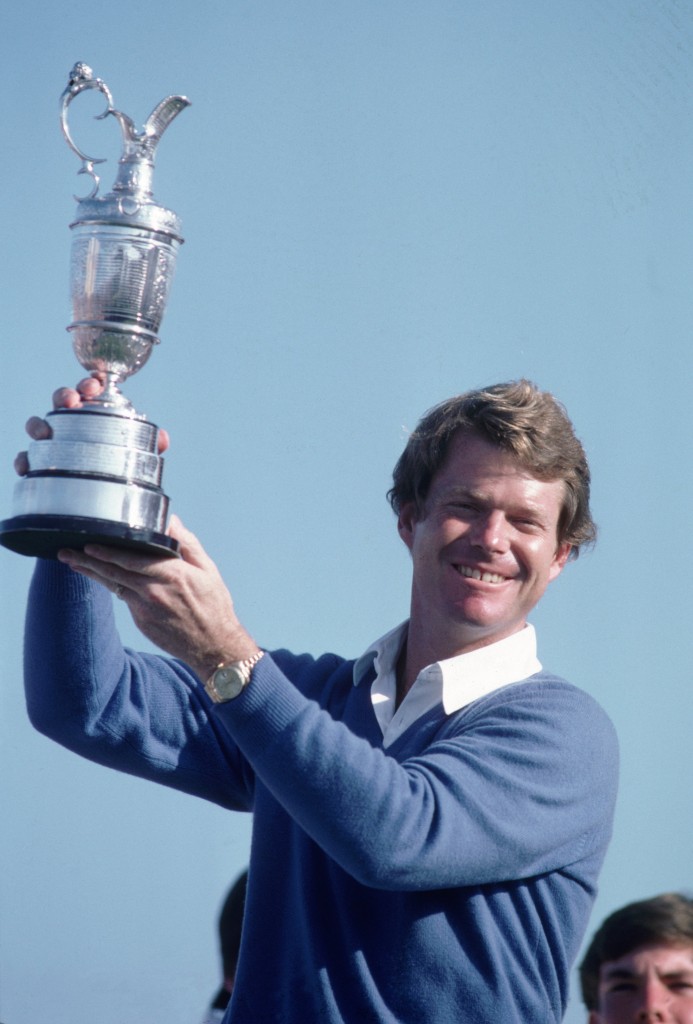 While the manner of the Americans’ defeat at Gleneagles 21 years after he led the US to victory at The Belfry may have tarnished Watson’s reputation to an extent, he remains hugely popular at the Home of Golf.

So much so that his five Claret Jugs and winner’s gold medals will form the centrepiece of a special exhibition being mounted in his honour at the expanded British Golf Museum to coincide with his farewell appearance in the Open.

Victory at St Andrews eluded him, his joint runner-up spot to Seve Ballesteros in 1984 the closest he came to winning at the Old Course.

“As this will be my last walk over the Swilcan Bridge in an Open Championship, I will have so many wonderful Open experiences to remember. I am so very grateful for all the years I have been able to compete and the success I have had in the Open.

“Then I went to the practice ground and worked on these shots. That’s how you deal with failure. You learn what you didn’t do right and learn for the next time, and that the next time you get in that situation you are successful.”

Watson also revealed that, amazingly, despite having already won the Open and the Masters three months before, when he arrived at Turnberry in July 1977 he still questioned his status in the game. 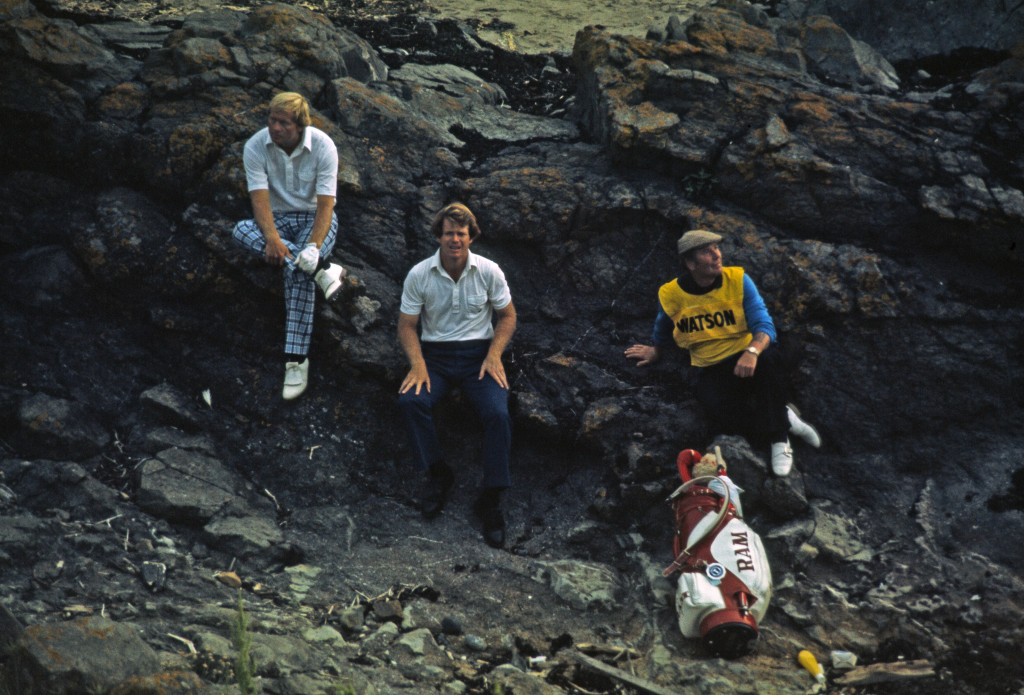 But the Duel in the Sun changed his mindset – or, rather great rival Jack Nicklaus did with his words of congratulations at the conclusion of their titanic struggle.

When Nicklaus put his arm around his conqueror at the end of the most engrossing head-to-head in the history of the world’s oldest Major and told his compatriot that he had given it his best shot, Watson was convinced he was capable of becoming one of the game’s true greats.

“It was a watershed moment because I’d had trouble winning tournaments,” he recalled. “Turnberry is the most prominent memory that I have playing the Open and I have many great ones. But that one stands out for several reasons.

“It was one of the tournaments that I felt I was going to win and I have had only a handful of those in my career, literally. It was just a gut feeling. I was playing so well, some of the best golf I have ever played.

“What was so special was at the 18th Jack caught me by the neck coming off the green and he said, ‘Tom I gave it my best shot and it wasn’t good enough. Congratulations. I’m proud of you.’

“That comment coming from the greatest player who has ever played the game was really important to me.

“But at that point I really had confidence in my game and that I could play with the best players in the world. Sometimes you are playing in the neighbourhood. Sometimes you’re not even close to it.

“Frankly, I have won tournaments when I wasn’t close to the neighbourhood: the US Open in 1982 in the first two rounds.

“But by smoke and mirrors and some fortunate putts I stayed around the lead until Friday. Then I went to the practice ground and I found something, and the last two rounds I had a lot more control of my swing.”