USGA sidelined the players AND fans in flagship event

In an ideal world, the U.S Open would always be about the golfers, not the golf course. But that is hardly ever the case, a fact that does not reflect well on championship organisers and self-appointed course set-up ‘experts’ – the United States Golf Association. Every year, the blue-blooded blue blazers unnecessarily insinuate themselves into the narrative.

Memo to USGA executive director Mike Davis: America’s national championship should be more about watching Jordan Spieth than listening to your good self, no matter how much you think you know about golf.

This time round, the inherent conflict between professional golfers and amateur administrators was amped up by a choice of venue that was “out there” even by USGA standards. Depending on your point of view, Chambers Bay resembles either the set of a Mad Max movie or the surface of the moon – minus the Sea of Tranquility. Big and brash with exaggerated features, it is a caricature of a true links. 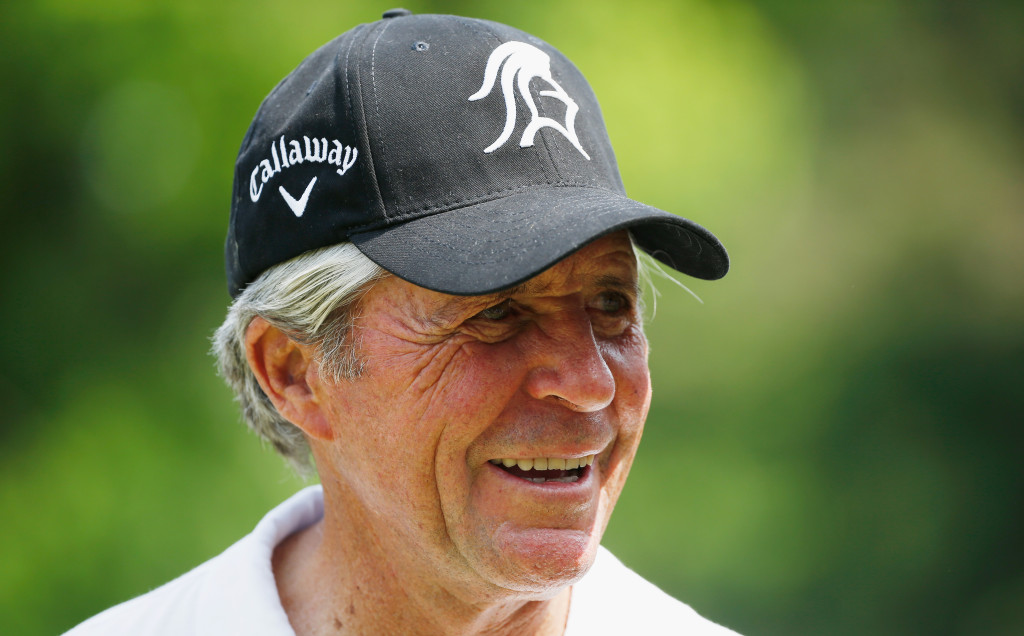 “The man who designed this course (Robert Trent Jones Jnr) had to have had one leg shorter than the other,” said the hyperventilating South African. “It’s hard to believe you see a man miss a green by a yard and the ball ends up 50yards away down in the rough. This is the most unpleasant golf tournament I’ve seen in my life.”

Not far behind were the likes of Sergio Garcia, Lee Westwood, Ernie Els and Henrik Stenson. Before and during – and probably after – the championship, all had a pop at the course design, the fiendish set-up as devised by Mr Davis and the somewhat unfortunate, acne-ridden surfaces of the greens.

Even the new US Open champion joined in. Playing the 18th on day two, Spieth was heard to comment: “This is the dumbest hole I’ve ever played. Unbelievably dumb.”

As ever, there are two sides to the debate. Former US Open champion Geoff Ogilvy – a student of course architecture – likes Chambers Bay.

“I think the course is really good,” said the Australian. “I’m not a fan of massive elevation change, which could have been avoided a couple of times. But they wanted the ‘wow’ factor. It’s architecturally very sound.”

The USGA is also to be congratulated for stepping away from overly formulaic US Opens. Don’t know about you, but I’d had enough of the narrow fairway, long rough, concrete green scenario.

Still, while there is plenty of short grass at Chambers Bay, the multi-dimensional potential of the course is too often compromised by a propensity for silliness. Missing a target by inches then watching the ball run as much as 70 yards back down the fairway is a hard sell in the pampered, entitled world inhabited by the world’s leading professionals.

The upper echelon of golf in the 21st century is increasingly science more than art. Players play by the numbers and hit their turbo-charged balls further than ever with their frying pan ‘woods’. So is it any surprise that courses like Chambers Bay are being built to cope with 350-yard drives and 175-yard wedges? How else can the authorities disguise their inept management of technological advances? All that is bad in golf can be traced back to how far the golf ball flies when struck by a leading professional. 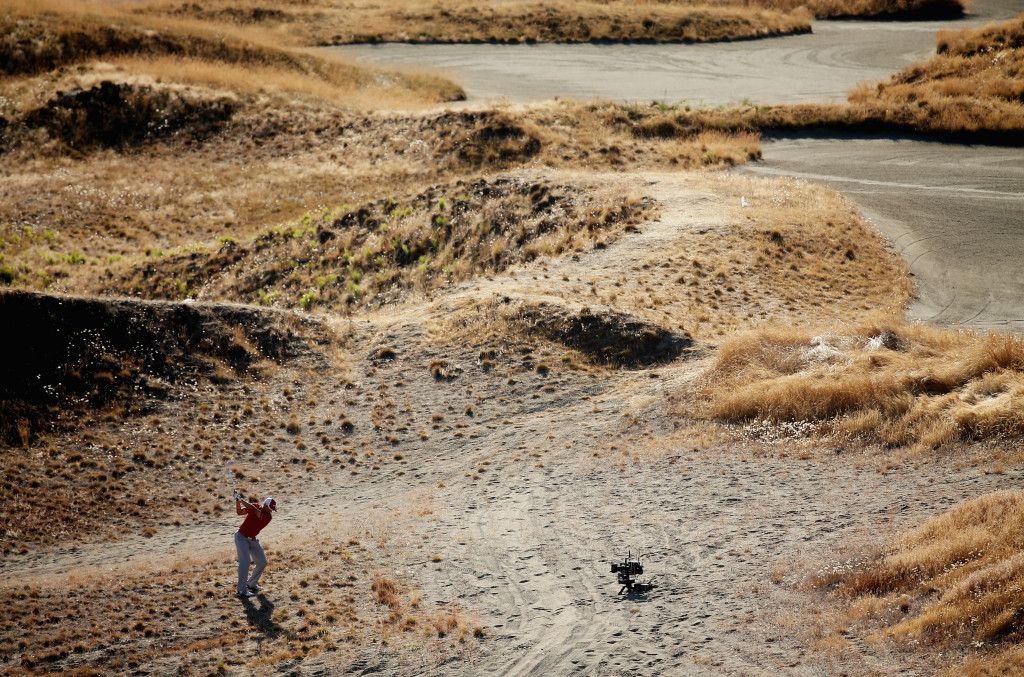 Sergio Garcia in the rough on 14, he joined the game’s elite in criticising the west-coast course (Photo by Mike Ehrmann/Getty Images)

Another shameful aspect of this 115th US Open was the inability of spectators to follow the same group for all 18 holes. As many as six holes were inaccessible, the players putting out in an unfamiliar vacuum, the oxygen of applause absent. One spectator reported a choice: either watch a player hit but not see the result, or see a ball land but not who hit it.

America’s national championship is now a television show. As long as it looks good on screen, the comfort or otherwise of the paying public is not a major concern.

The most egregious claim, however, was that Chambers Bay is what Americans like to call ‘a links course’. Yes, there were obvious links-like aspects to the play. Yes, it looked ‘linksy’ from the ubiquitous blimp high above. But at the risk of descending into pedantry, a links it is not. You cannot stand on a green 250 feet above and half a mile inland from the ocean and truly claim to be playing seaside golf.

Perhaps the most offensive aspect of any US Open, however, was the cynical manipulation of the course. At least for the first three days, Davis indulged in a transparently sneaky routine designed to produce only a few good scores – and many bad ones.

So Chambers Bay was all-but flooded. And over the first two days we had some 65s and 66s. Then, as the course dried out, Louis Oosthuizen’s 66 was one of only five sub-par rounds on day three. Is there really a point to any of this golfing austerity?

In his defence, maybe Davis thought so too, given how ‘scoreable’ the course was over what turned into a fantastic final day. But many questions remain, along with so few answers. Chambers Bay, for all its faults, deserved better. Don’t hold your breath for change though. Next year at Oakmont – a more traditional venue – the rough will be too long, the fairways too narrow and the greens too fast. And a score close to 280 will win the US Open.