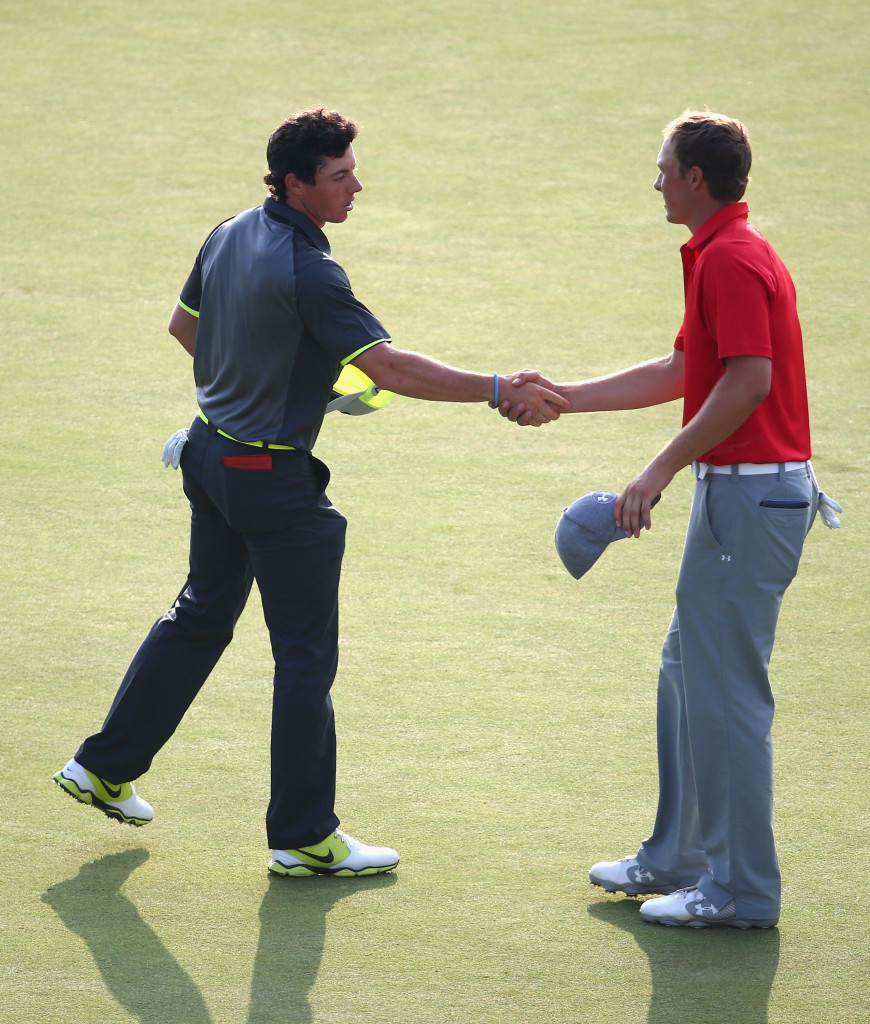 Rory McIlroy says Jordan Spieth has deservedly taken the spotlight this year after a number of world-class displays.

The 2014 season was all about the Northern Irishman, who won the Open, US PGA Championship, WGC-Bridgestone Invitational and the BMW PGA Championship, while he also played a pivotal part in Europe’s Ryder Cup success over USA at Gleneagles.

Many were suggesting the 26-year-old had started a ‘Rory Era’ and were tipping the 11-time European Tour winner to dominate the game like Tiger Woods did for over a decade.

However, things have not gone to plan this year and it has been Spieth who has stolen the limelight after winning the Masters and US Open.

The American also finished just one shot away from making the play-off in the Open at St Andrews and his impressive results have lifted the 22-year-old up to number two in the world.

Both Spieth and McIlroy will play alongside each other in the US PGA over the first two rounds and the latter, who has recovered from an ankle injury to defend his title, believes this season has turned into a ‘Jordan Era’.

“Jordan has played phenomenal golf for the last 12 months,” he said. “He’s taking up a lot of the limelight this year, deservedly so. I mean it’s one of the best years of golf that we have seen in a long, long time.

“I guess as well we live in such a world that everything’s so reactionary and everything happens so quickly that a year ago after I won this tournament it was the Rory era, and then Jordan wins the Masters and it’s the Jordan era.

“Eras last about six months these days instead of 20 years! But it’s just the way the world is.”