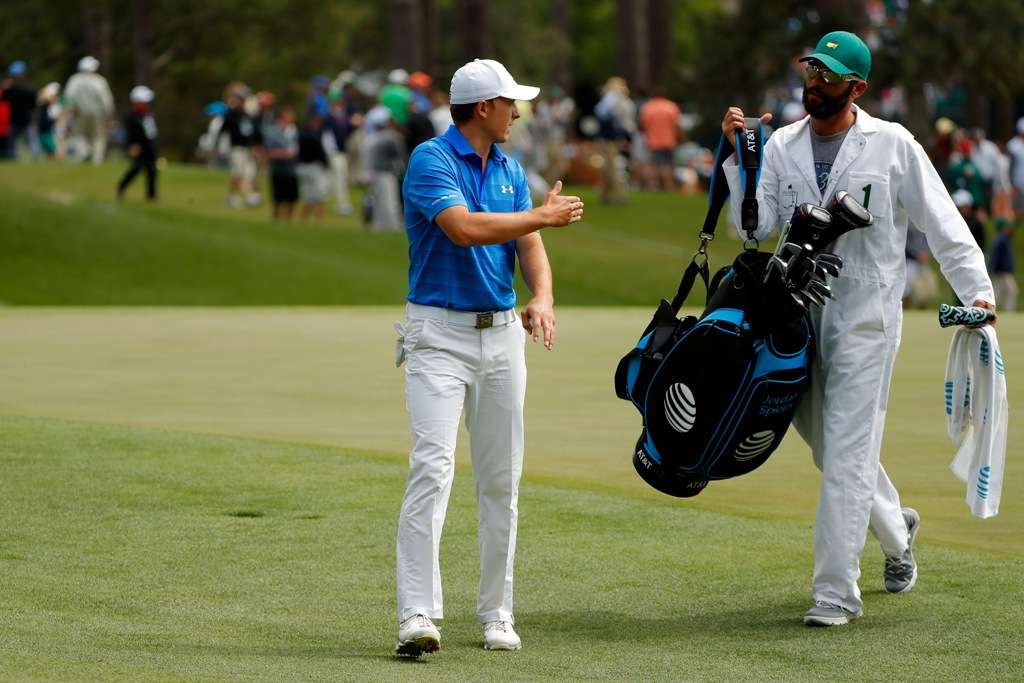 I used to feel a bit sorry for the boss in Downton Abbey. A grown man, well into middle age, and completely incapable of ­dressing himself. However, once it was pointed out to me that this was by choice, rather than a sad case of raging arthritis in both hands, it occurred to me that the same kind of thing goes on in golf. With not a great deal of difference between a modern-day pro and the indolent aristocrat, or a caddie and his lordship’s long-suffering butler.

The one thing that has always puzzled me about the master-servant ­relationship in professional golf is why a golfer (who has quite enough to do peeling his own banana or even having to hold the umbrella ­occasionally while his man scuttles off to retrieve a divot) is the one who picks the ball out of the hole and not the caddie. If Lord Downton played golf, you could bet the West Wing on him ­declining to perform so menial a task.

Other than that, though, caddies do the lot, including, to borrow a line from the old English poet John Milton, to also serve those who stand and wait. ­Standing and waiting being an integral part of a round of professional golf, to the point where the really wise caddie will not only pack the usual quota of gloves, balls and tees, but also throw in a good novel, a razor, a shaving mirror and a pair of pyjamas.

But wait. Here we are again having a moan about slow play, and how best to try to eradicate the curse of modern golf. All sorts of ideas have been ­floated, short of arranging for 10,000 volts to be directed down a miscreant’s club shaft, but the obvious remedy has never – to my knowledge at any rate – been voiced. Namely, ban caddies.

Well, maybe not ban them outright. A modern professional of, say, 30 years of age will have gone more than a decade without picking up a fully laden golf bag and the sudden requirement for him to do so may require more expert medical attention than is available from the ­European Tour’s mobile physiotherapy unit.

So while we’ll allow him to have ­someone to hump his bag around, what we won’t permit is any other form of nursemaiding. In particular, any form of talking between employer and ­employee – which is the root cause of slow play – will be expressly forbidden. To the point where, alongside the Gatorade and fresh fruit containers on the first tee, a table containing rolls of duct tape will be strategically placed for the official starter to apply a strip to the caddie’s mouth.

A bit OTT I hear some of you say, but it’s the old story of drastic situations requiring drastic measures. And if you still don’t believe me, the next time you tune into a tournament, and return from the kitchen with a pot of tea to find that golfer and caddie haven’t moved since you got up from the sofa, rewind the tape (and you may have to go back quite a way) and find out what’s caused the hold up. And you’ll almost certainly hear a conversation along these lines.

“What have we got?” “One seventy-four to the front, boss. Pin’s ten on, five from the left.” “Wind?” “Just over your left shoulder. Hurting just a little.” “But the flag’s not moving.” “Well, it’s ­sheltered by the grandstand.” “Mmmm….” (pause to bend down and throw up some grass). “I think it’s more across.” Further pause for caddie to throw up grass. “Yes, it may have shifted a bit.” “So whaddya think?” “Well I like seven-iron. With just a hair taken off it. And maybe with a bit of cut spin to hold it into the breeze. You see that TV tower? That’s your line.”

Lengthy silence. Golfer reaches into bag, selects a seven-iron and caddie moves to the side. “You like seven-iron, huh?” “I love it”. “Just a little fade, right?” “Perfect.” “Three-quarter swing?” “You got it.” Now it’s time for a few practice strokes, before taking up the stance, and finally launching the backswing. And, halfway through the backswing, aborting it.

“Seven just doesn’t feel right. What’s that yardage again?” “Hang on.” Caddie takes ten paces forward, doubles back from fairway sprinkler head, thumbs through his book for the 27th time, and says: “we still got 174 to the front.” “Mmm. How’d you feel about a cut down six, knock it in there low and check it up?” “I’m loving that, boss.” “OK, give me the six.” Several waggles later: “you’re fine with six right?” “Perfect, boss. A nice smooth one.” “Smooth six right?” “Smooth six, boss.” “OK” ­“Picture the shot now…”

I could go on, but you get the drift. If the player had to make all his decisions, which for a professional golfer is not easy I grant you, a round of golf would no longer require the same amount of time that it took Napoleon to reach Moscow. Oh I beg your pardon. I forgot to mention that the cut-down six-iron ­propelled the ball into a greenside bunker.

At this point the golfer turns to his caddie and says: “Did you see that. It was bang on line and a gust of wind caught it. Would you believe it?!”

At this point the caddie formulates a reply along the lines of: “Dinnae be so daft, we both know it was a horrid wee slice,” but holds himself back on the grounds that it may not be conducive to long term employment.

And long-term employment with the right boss can be pretty lucrative for a caddie nowadays. Years ago, the ­greenstaff taking an early-morning rake to the pot bunkers around the Old Course at St Andrews took a careful look down the first in case that there was a caddie in there, a victim of the ­previous evening’s preparation in the Jigger Inn, but now it’s a glass of Perrier with dinner and bed at nine. Well, ­sometimes.

The caddies who survive longest with the same boss don’t necessarily get the clubbing right all the time, or read every putt correctly, but they know what to say, when to say it, and most ­importantly of all, when not to say ­anything all.

Which, under my ­revolutionary ­solution for slow play, would be for the entire round.