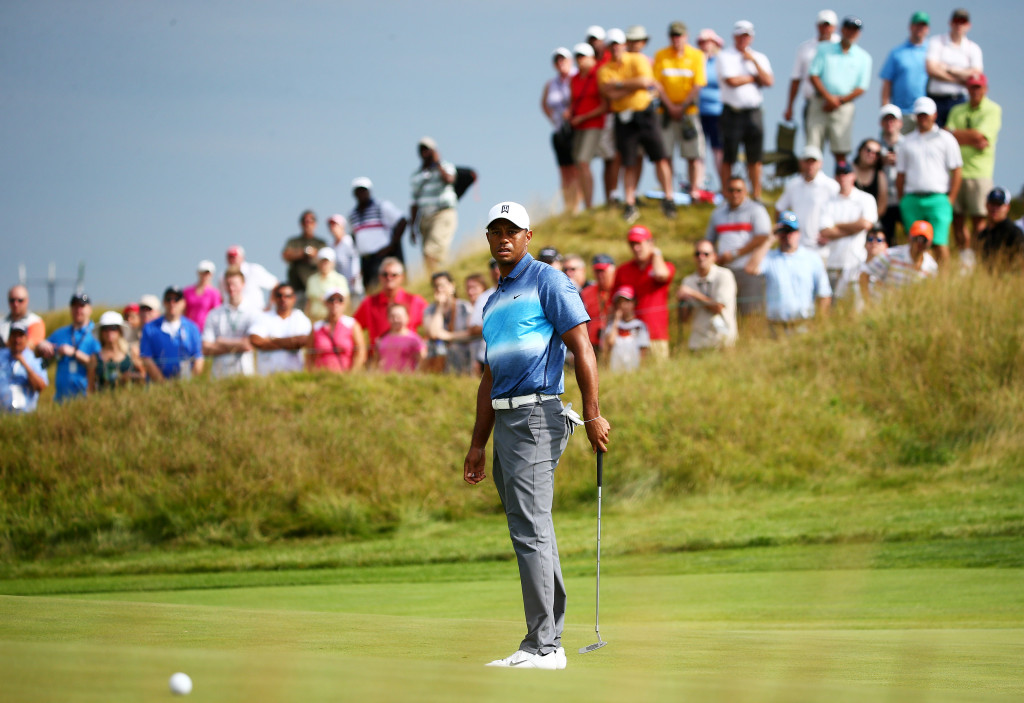 Former world number one Tiger Woods admits he passed up a big opportunity to win the Wyndham Championship on Sunday.

The American was fancied to make a surge on the final day and pick up his first win on the PGA Tour since clinching the 2013 WGC-Bridgestone Invitational.

The 39-year-old, who was only two shots off overnight leader Jason Gore, found himself three behind at the turn after recording one bogey and a birdie, but a horror show at the 11th ended his hopes.

A triple-bogey at the 486yd par-four was disastrous for the multiple major winner, who ended up carding a level-par 70 to finish in a tie for 10th place.

The result means the season has ended early for the American, who has failed to finish in the top 125 in the FedEx Cup standings, and Woods admits he missed his opportunity to win the Wyndham title.

“I gave myself a chance, and I had all the opportunity in the world today to do it,” he said. “I didn’t get it done. I had some makeable putts early I missed. I just wasn’t able to get any kind of roll early.

“I had my chances to get it going. I just never did.”

Davis Love III has managed to move into the top 100 after victory in the Wyndham Championship, rising 110 places from 186th position to 76th spot..